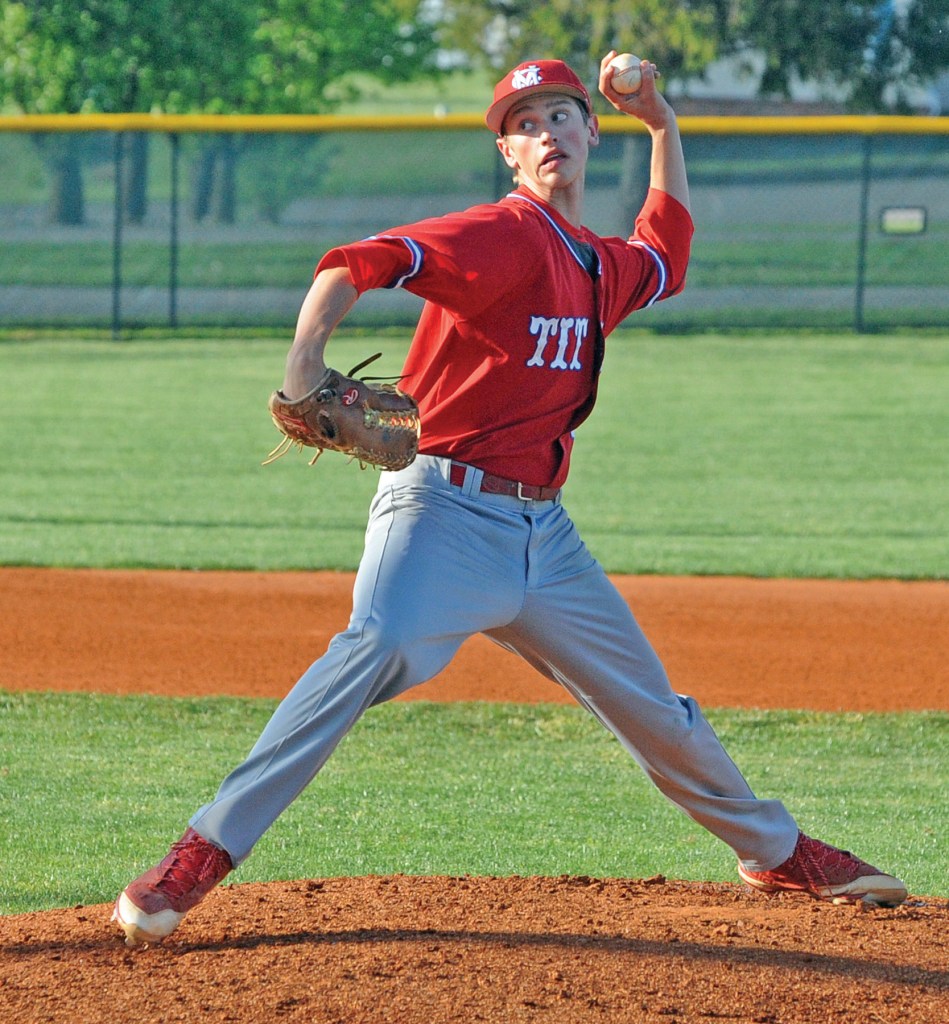 HARRODSBURG — In a test of 46th District arms, West Jessamine came out on top.

It was the second-straight day with a district game for the Titans, who beat East Jessamine 4-1 Wednesday behind a stellar performance from ace Mason Hazelwood.

“It’s kind of tough to bounce back in back-to-back district games,” Mercer coach Adam Shartzer said. “But we talked about it, we’ve got to go out there and throw strikes, we’ve got to swing the bats. Josh threw a great game, defense did a pretty good job. We’ve just got to get that timely hit.”

Shartzer said Barnett struggled with off-speed pitches but worked his fastball well to get outs against a challenging West team.

“Offspeed stuff wasn’t really working well tonight, we mainly stuck with the fastball,” Shartzer said. “But you’ve got to give them credit, if he puts it out there, they’re going to hit it. Hats off to West, they’re a good baseball team.”

West’s defense backed up its pitcher’s performance all night. The Titans never had a baserunner make it past second base.

Mercer’s most-threatening position was in the first inning, when Hunter Armstrong and Hazelwood each had a base knock. But the Colts’ defense quickly turned a double play to end the threat.

Trevor Allen would advance into scoring position in the fifth inning and Armstrong had a double in the sixth, but both innings ended with Hyland remaining unscathed.

“West can glove it. Their defense played outstanding,” Shartzer said. “We put the ball in play, they just made the plays. They made more plays than we could score runs. But that’s just how it goes sometimes, once again, we’ve still got to get the bats going. That’s our achilles heel, tonight it kind of showed a bit. We’ve got to find ways to manufacture and when we’re in spots where we can get a bunt down or a dirt ball read, we’ve got to take advantage of that.”

Fortunately for Mercer, a 2-0 loss is redeemable in what is shaping up to be a tight 46th District race. A three-run victory at West would give Mercer the head-to-head advantage, Shartzer said.

“I think it’s actually a tiebreaker in our district,” he said. “We still control our own destiny. I thought we played a good game, we just played a little tight.”

The do’s and do not’s of stretching