Old Montgomery Steakhouse to be transformed into senior community 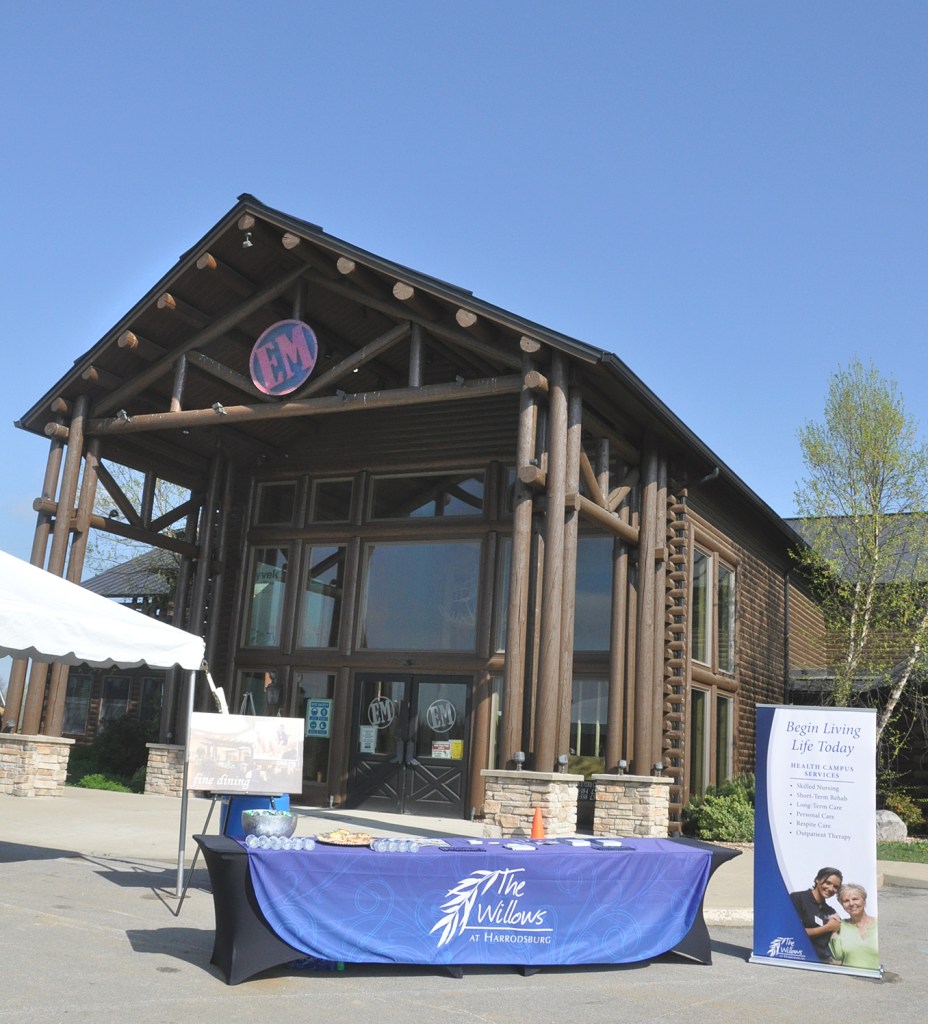 HARRODSBURG — The lodge atmosphere of the former Eddie Montgomery’s Steakhouse in Mercer County will soon be transformed into the heart of a senior living community. 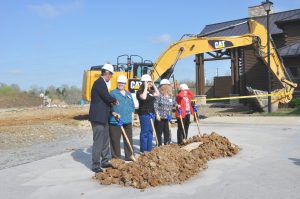 The Willows at Harrodsburg, which is a Trilogy Health Services facility for senior citizens currently housed in the Extended Care wing of the James B. Haggin Memorial Hospital, held a ground-breaking event Wednesday morning at the former steakhouse building.

According to a news release from Trilogy, construction has begun on a $15 million, 56,000-square-foot addition, which will include a two-story, 38-bed personal care residential facility on one side of the existing structure and a one-story 43-bed skilled nursing facility on the other.

Jay Milion, architect with Million Architecture out of Nicholasville, said the additions, “will be very complimentary of the existing structure, in that the wings will also be log-clad siding. Million Architecture is also the firm that designed the original Montgomery Steakhouse.

The personal care area will be similar to an assisted living facility, but will offer slightly more assistance, said Leslie Knox, vice-president communications/social media/creative services for Trilogy. For instance, Knox said the staff will help with personal care, including proper medicine dosage, bathing and dressing.

The nursing side will care for both short-term rehab patients who need help following surgery, as well as long-term residential patients.

“We call this a senior living community,” said Knox.

The former steakhouse “lodge” atmosphere will be converted into a central living area, referred to as the “village center,” according to the release. This area will include café tables, living rooms, a salon and therapy gym.

The company will utilize the original restaurant’s “main core, highlighting the original timber framing and hardwood flooring, cathedral ceilings and expansive natural stone fireplace,” according to the news release.

Knox said currently The Willows at Harrodsburg is taking care of 31 residents. After the new campus is completed, it will be able to care for 81 residents.

And with the expansion of the facility and services, Knox said more staff will need to be hired. 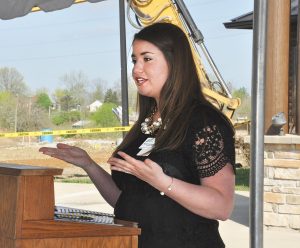 During the ground-breaking ceremony Wednesday morning, Rachel Hettinger, executive director of The Willows at Harrosburg, said the company will at least double its employees once they move to the new facility in the former Montgomery Steakhouse in Mercer County.

Rachel Hettinger, executive director of The Willows, said with the expansion, the company will double, and perhaps even triple the number of employees, which will be great for the community.

“The staff will grow as the number of residents grow,” Knox said. The company expects to employ between 100 and 120 caregivers, plant operators, housekeeping and maintenance providers, as well as dining services personnel.

Knox said Trilogy decided to expand in Mercer County, “based on the demographic trends and current number of facilities in the area.

“We saw a need to bring additional services to the area,” she said.

Completion of the project is scheduled for the end of this year.

Vicky Reed, chief executive officer at Haggin Hospital said, “Trilogy has been an excellent partner,” while functioning under the same roof as the hospital. “They have done a better job with the extended care than Haggin could ever do.”

Reed also said that all current Willow employees were offered jobs, “it doesn’t get any better than that.”

After The Willows moves from Haggin hospital, Reed said the board is excited about the possibilities for using the 10,000-feet of vacated space. The three top possible uses for the area include expanding its weekend walk-in clinic; mental health and psychiatric services; and intervention and medical pain management services, Reed said.

EDP seeks up to $170K to implement strategic plan