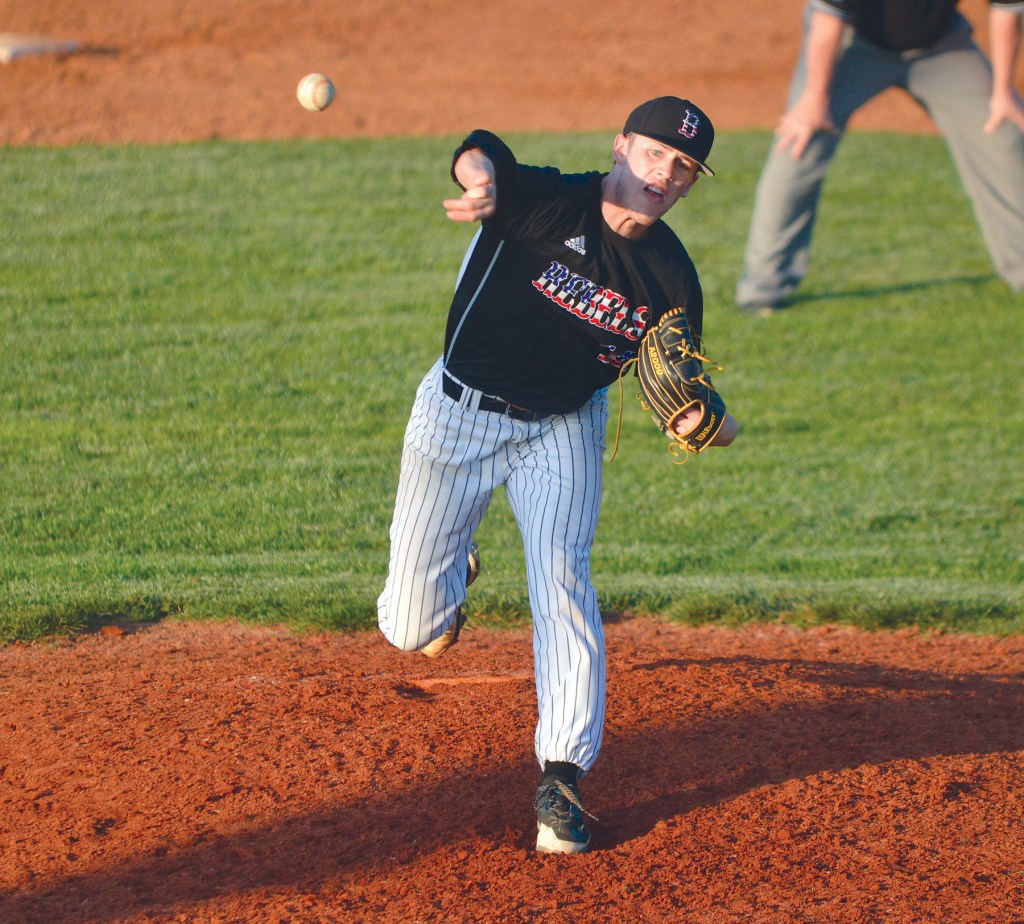 Kyle Wynn knows once his Boyle County baseball teams gets into district play and the postseason, high-scoring games are going to be rare.

So as they put together a 4-2 win over the Jaguars, Wynn was thankful his team got the experience of winning a close game.

“We want to have tests like that,” Wynn said. “We haven’t played a district game yet and obviously postseason district, those are going to be more the kind of games we’ve got to be ready for and execute. It was a good thing to get it now so we can prepare for that.”

One of those lopsided wins was a 19-6 mercy rule win over East Jessamine in Boyle’s second game of the season.

The win moved Boyle to a 13-3 record, the best in the 12th Region. It was their fourth win in seven games against region opponents as well.

The low run output only worked because of an outstanding night from pitcher Sam Tiller, who got the complete game win. He allowed three hits and walked two while striking out five, but both runs and one hit came in the seventh as the Rebels held a 4-0 lead.

“I don’t know if he got tired and lost focus in that last inning, but he pitched great,” Wynn said. “It was a close game, but we felt like we were in control a little bit because of Sam’s effort on the mound.”

The Rebels got on the board early as Alex Sergent drove in Cameron Walker with a single in the bottom of the first for a 1-0 lead. And two innings later, Sergent hit another RBI single, driving in Ty Dragan for the 2-0 lead.

The dam broke in the sixth inning, and Tristen Helton laid the first blow with a solo home run. Drew Baker followed with a double — which chased East starter Andrew Thompson from the game — and moved to third on Tiller’s sacrifice bunt. Kaden Gervacio capped the scoring with a single, driving in Baker from third.

“I thought we played a pretty decent, clean game,” Jags coach Erinn Thompson said. “We kept their hitting in check, which was something we struggled with the first time we faced them. … We played a pretty good ball game, we just needed to put a few more hits on the board.”

Logan Gayheart worked the final inning for the Jaguars (4-7), giving up one hit.

Sergent and Helton did most of the damage for Boyle, each going 2-for-3 as the Rebels totaled seven hits. Sergent had two RBIs and Helton had one run and one RBI.

The Rebels travel to Western Hills tonight and host Madison Southern on Saturday.