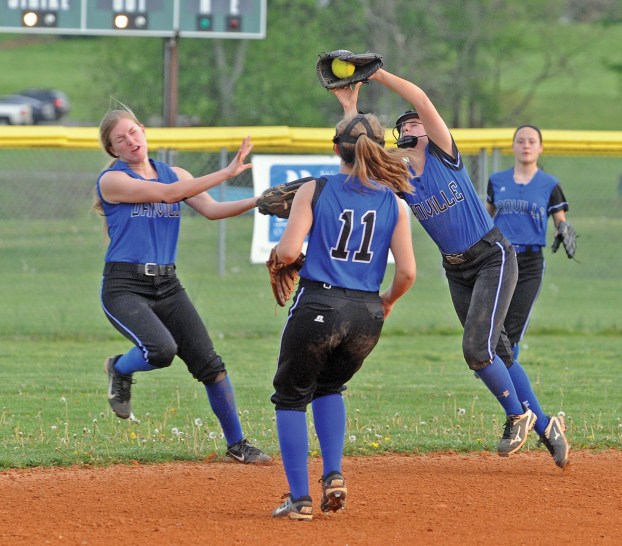 Focus has been everywhere for the Danville softball team lately.

But the Admirals were focused Friday against Paris and competed in a 12-8 loss at Millennium Park.

Just 24 hours earlier, Danville suffered its worst defeat of the season, a 21-1 loss against Lexington Christian Academy. Coach Joey Sallee said he was happy with the way his team came back and challenged Paris.

“We played last night and it was terrible,” Sallee said. “I went home, my assistant coaches went home, I don’t think any of us slept last night. It was just like, ‘What do we do?’

“We came back out to the field today, talked to them about having to refocus. We’ve been in between our intersession, spring break, now we’re headed to prom. The focus has just not been there. We talked to them and told them, ‘If you want to be in games, you’ve at least got to compete. And you can’t compete if you don’t focus.’ The focus was there tonight and we were able to compete. I can’t complain too much about that.”

Danville jumped on the Greyhounds early, scoring three runs in the first inning and five runs in the second inning to take an 8-1 lead.

“We hit the ball well, which is something that we didn’t do last night,” Sallee said. “We’ve still got to get some of our girls in the mindset that, ‘I’m going up to hit. I’m not going up to walk, I’m going to hit.’ I think sometimes we get a 3-1 count, we get comfortable and we wait for that fourth ball. And sometimes it doesn’t come. I’d much rather see them go down swinging than stand there looking at good pitches.”

After the Admirals sent nine batters to the plate in the second inning, Paris switched to pitcher Amanda Morgan and locked in on defense. The Ads had four baserunners in the final five innings.

“It threw us off a little bit, I think,” Sallee said.

Young started on the mound for Danville and allowed just one run through the first two innings and the Ads held an 8-4 lead after three.

But a seven-run fourth inning forced Young off of the mound. Brooklyn Thompson entered and had a similar effect as Morgan had on the Admirals lineup: She tossed the final three frames and gave up just one run.

“Peyton’s young. She’s only got so many pitches in her, and you can tell when she starts to tire, and people start to time her, get their timing down,” Sallee said. “So if you can start with her and then come out with Brooklyn, and Brooklyn brings a little more heat. It forces people to adjust. If we can do it at the right moment, they don’t have time to adjust.”

A busy week continues for the Admirals today in the All “A” Classic at 10 a.m. Washington County.

Kyle Wynn knows once his Boyle County baseball teams gets into district play and the postseason, high-scoring games are going... read more