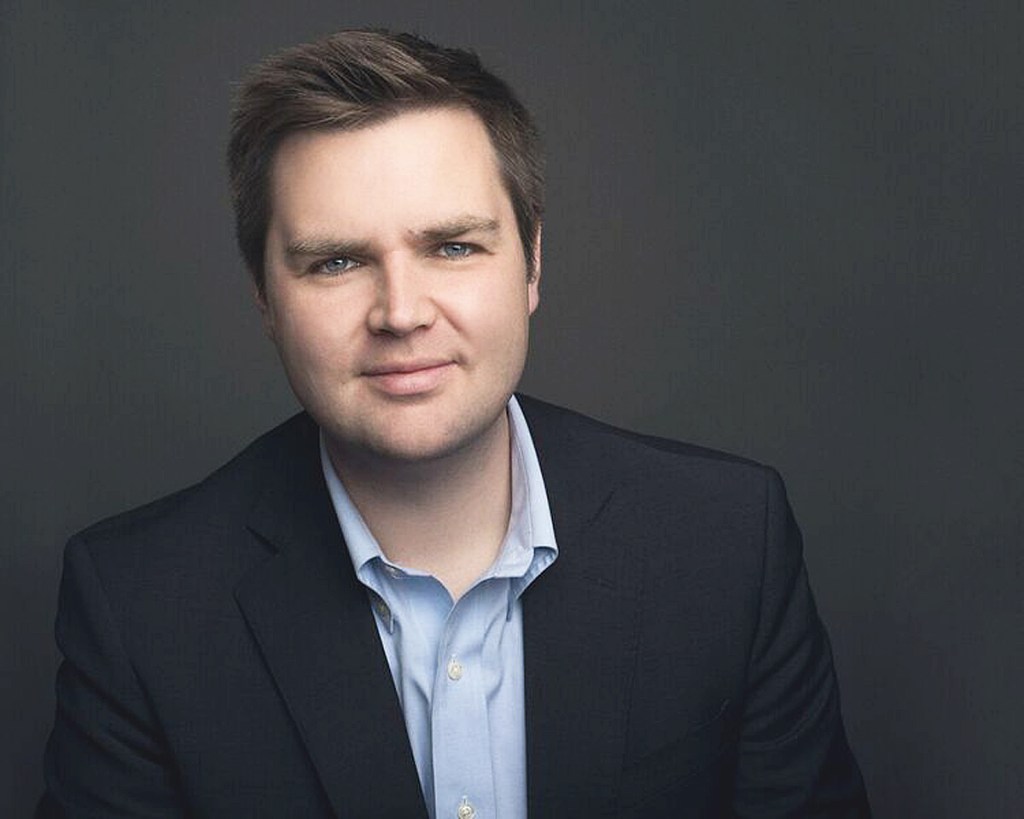 Kentucky native and New York Times best-selling author J.D. Vance will address the 2017 graduates of Centre College during Commencement exercises on Sunday, May 21.

Vance’s “Hillbilly Elegy: A Memoir of a Family and Culture in Crisis” has now spent 36 consecutive weeks on the New York Times best sellers list, where it is currently #2. Dating back to its debut on the hardcover nonfiction list on Aug. 14, 2016, it has reached the #1 spot 10 times, including a streak of eight straight weeks from Jan. 22 to March 12, 2017.

After a childhood spent in the Appalachian town of Jackson, Kentucky, and the Rust Belt city of Middletown, Ohio, Vance enlisted in the Marine Corps and served in Iraq. Following college and law school, he worked for an investment group in California.

Vance now lives in Ohio with his wife and two dogs. In a March 16, 2017, New York Times op-ed titled “Why I’m Moving Home,” Vance explained his decision to relocate to Ohio and create an organization to combat the opioid epidemic there.

Besides his contributions to the magazine National Review, he recently signed on as a political contributor for CNN.

Vance holds a B.A. in political science and philosophy from Ohio State University and earned his J.D. degree from Yale Law School, where he was an editor of the Yale Law Journal.

The College will award him an honorary degree during the ceremony.

Thomas McCollough, Nelson D. and Mary McDowell Rodes Professor of Religion, will give the baccalaureate sermon prior to Centre’s 194th Commencement.