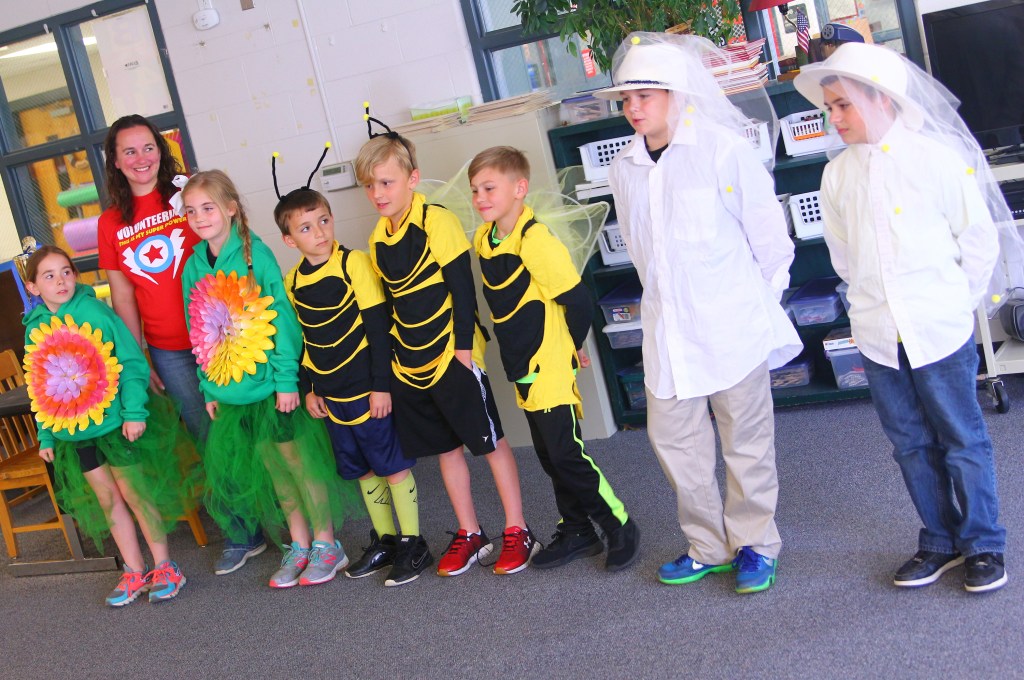 JUNCTION CITY — For the second year in a row, a group of Junction City Elementary students have qualified to compete at the world level in the “Odyssey of the Mind” academic competition.

The team of seven — third-graders Marshall Brandt, Cruz King, Marlee Mcaninch, Keagan Russell and Aubrey White; and fifth-graders Trace Anderson and Dawson Brandt — won first place at the regional and state levels to advance to the world finals at Michigan State, May 24-27. 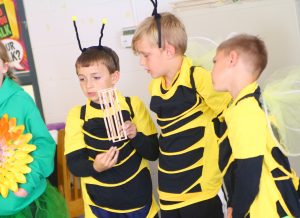 Ben Kleppinger/ben.kleppinger@amnews.com
Marshall Brandt, left, explains how a lightweight structure that the Odyssey Club designed and built is capable of holding a surprising amount of weight.

The students competed by building a very small and lightweight structure out of wood that can hold hundreds of pounds. The entire effort is student-led — the kids must problem-solve and do research on their own, said Rachalle Brandt, Odyssey Club coordinator.

Last year, the students studied bridge architecture and had a builder visit them to teach them about what he does. This year, the students  decided to expand the number of hours they spent in Odyssey Club working on their project from one hour to four hours per week, Rachalle Brandt said. They also spent six weeks visiting Lafayette Engineering in Danville, where they learned about engineering and used a computer-aided design (CAD) program to design and test their structure in a virtual space before constructing it in real life, she said.

“They have put in a ton of time and that’s just club time — they had homework they had to take home,” Rachalle Brandt said. “So they most definitely have earned this.” 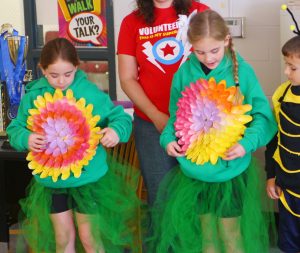 This time around, the whole team dressed up as bees, flowers and beekeepers and turned their performance when they test the structure into an educational experience about bees.

Marshall Brandt said this “it’s more about precision” and bees made a good example because “they have to be precise about how much pollen they take.”

Marlee Mcaninch and Aubrey White came up with the design for the antennae worn by the three bees on the team, while King came up with the idea to cut up yellow shirts for the bee bodies and the design for the wings. The students also collaborated to design beekeeper hats and the flowers worn by Mcaninch and White, which are made out of plastic spoons.

“We collected these spoons from our cafeteria. One day we had soup and we collected the spoons,” Mcaninch said. “Then we glued and spray-painted them.”

The students also learned to weave and made their own woven “bee butts,” which they glued to the pants of the bee costumes.

Dawson Brandt said studying and learning about bees taught him that “we need to be precise with what we take” because bees need nature and their homes around so they can survive and continue pollinating the foods that humans eat. 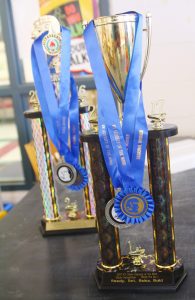 Rachalle Brandt emphasized that the students do all the research and development on their own — that’s the point of Odyssey of the Mind. They’re even challenged to take things into their own hands when they travel for the state and world competitions. At Iowa State for the world competition last year and at University of the Cumberlands for state this year, the students were given a campus map and had to decide where to go and how to get there.

The world competition is a gathering of more than 900 Odyssey teams, around 50 of which will compete to win it all. Last year, Junction’s team placed 34th out of 50.

While at Michigan State, the students will be paired with a “buddy” team from another country. They’ll eat lunch and spend time together, learning about each other’s cultures, Rachalle Brandt said. 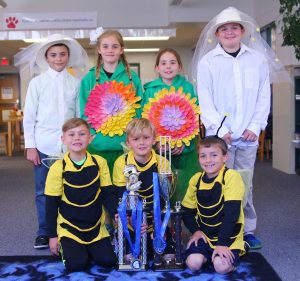 Ben Kleppinger/ben.kleppinger@amnews.com
Members of the Junction City Elementary Odyssey Club pose with their state trophies from 2016 and 2017 and one version of their lightweight structure capable of holding hundreds of pounds, which won them the trophies. From left in the back row are Trace Anderson, Marlee Mcaninch, Aubrey White and Dawson Brandt. From left in the front row are Cruz King, Keagan Russell and Marshall Brandt.

Animal control officers work around the clock to help…