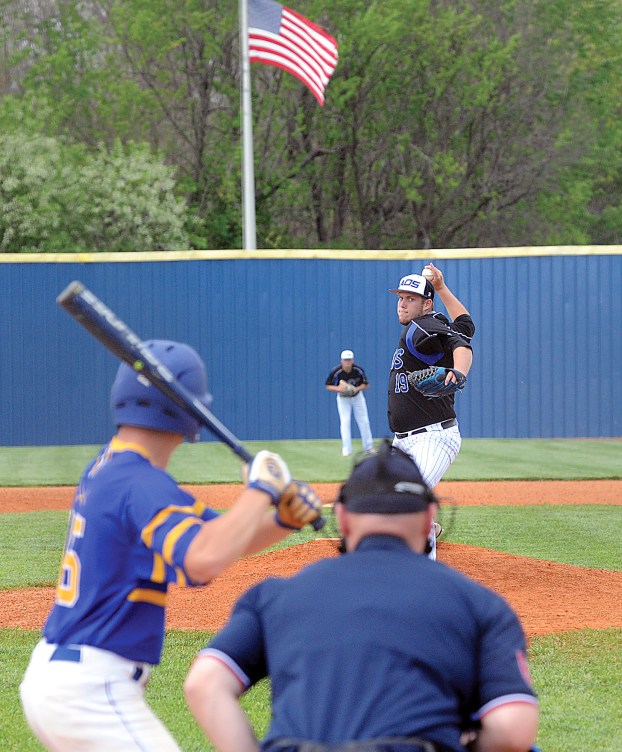 Danville has not beaten Washington County in the All-A tournament in the past three seasons.

Ironically, the Admirals are undefeated against the Commanders in regular-season appearances.

The trend held Saturday at Danville, where the Admirals couldn’t keep up with Washington’s bats in a 9-5 defeat. Brian Baxa had the only hit for the Admirals through six innings, a solo home run in the third.

“We didn’t play very well today,” Ads coach Paul Morse said. “We started off pretty well (this season), 4-0, but we’ve been scuffling ever since. The days we score runs, we don’t pitch or we don’t field. The days we play in the field and hit, we don’t pitch. We have to find a way to put it all together on the same day. We have a chance to be good, but today just wasn’t one of those days.”

Danville has gone 4-6 after its 4-0 start to the season, mostly because of struggles at the plate: The Ads are averaging less than four runs per game in their six losses this year.

“It doesn’t matter if the kid is throwing 60 or 90, we can’t hit,” Morse said. “Our team is just not very good offensively. So we’ve got to find other ways to manufacture runs, whether it’s bunting, moving guys, taking chances on the bases, do things like that. We’re not a team that is going to go out there and hit five or six home runs, three or four doubles, rattle the fences. We’ve got to slap the ball around.”

Early on in Saturday’s game, the Ads had the advantage thanks to Baxa’s bomb and four strong innings on the mound. Entering the fifth inning, Danville led 3-1.

“What we have been getting better at and where are runs are coming from: We’ve cut down our strikeouts,” Morse said. “I don’t think we struck out too many times today for the level of pitching we saw.”

Danville’s plate discipline resulted in six walks Saturday, three of which turned into a run crossing the plate.

The fifth inning was trouble for Baxa on the mound: He gave up two hits to start the inning, and with two outs, gave up three more runs. Washington took a 5-3 lead after five innings.

“Their Achilles’ heel all year has been errors, and I don’t think they made many today,” Morse said. “That was the difference. I thought that both teams played well defensively, they just had a few more big hits, especially with runners in scoring position. That has been our Achilles all year, getting that hit with a runner on second or third. Our batting average is pretty good when there’s nobody on base, but I think we tighten up a little bit. Lots of things to work on.”

Each team would score a run in the sixth inning, and in the seventh, Baxa faced a similar situation as the fifth: He gave up two leadoff singles, resulting in a three-run home run from Thomas Bartley.

Morse said he thinks Baxa’s recent struggles have come from a dip in focus after getting ahead in the count.

“He started off really well today again,” Morse said. “I think it’s a little bit of a lack of concentration when he gets ahead, I know today he gave up four 0-2 or 1-2 hits. So he’s got to bear down and make better pitches in those counts. He’s a strikeout guy, he’s just got to be a little more focused in those counts to make his pitch, get guys to chase and put him away. If we do that, I think six of their nine runs were based on those hits. Other than that, I thought he threw well, well enough that I think we can win games with him on the mound.”

Down 9-4, the Admirals couldn’t manufacture more than one run in the final frame.

“Washington has had our number in the past three years that they’ve come over here for the All A. They had two Division I arms come in this year, they were supposed to be down, but they’ve got a 90-plus arm and a junior that throws 80, that sure helps. But we’ve got to regroup and get ready for district games next week and move on.”