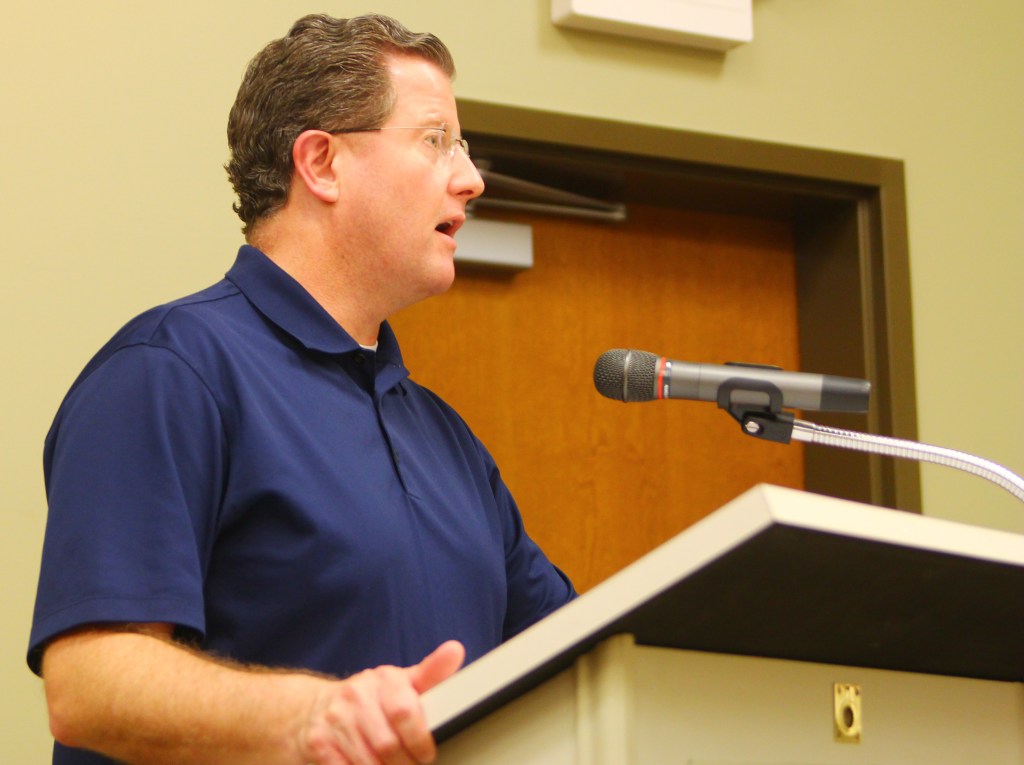 If the Economic Development Partnership gets funding to add a second-in-command vice president position, that person would largely focus on Boyle County and internal economic development, while current President and CEO Jody Lassiter would spend more time outside the county, working to attract news businesses.

“We want to be able to free up Jody to do more recruiting and be out traveling to site selection events,” EDP Chairman Ben Nelson told the Danville City Commission Thursday. “The CEO is outwardly facing and this role would be inwardly facing.”

Discussion of the added staff position was part of an in-depth conversation between Nelson, Lassiter and the commission over the EDP’s proposed “expanded” budget, which suggests up to $170,000 in new annual expenses in order to improve local economic development efforts. Those expanded costs are based off of a forthcoming strategic economic development plan being developed by RKG and Associates consultant Kyle Talente.

Nelson said while Talente has “made it clear” that he thinks the EDP should expand by two and a half full-time staff members from its current level of one (Lassiter), the proposed expanded budget only adds one position. That’s because to implement everything Talente is proposing, it will likely take a multi-year plan. The new COO position would be “a step in the right direction,” Nelson said.

Lassiter told commission members that “most of our counterpart organizations” around Kentucky have such a chief operating officer position.

“With the increased demands expected by the board for external marketing activity, you can’t replicate yourself in multiple scenarios,” Lassiter said. “I can’t be distracted when I ‘m in Los Anglese — this is a literal situation — with an Indiana company wishing to take a prospect site visit in Danville while I’m away. So in some respects, you’ve got to have that key No. 2, executive vice president, chief operating officer — whatever you want to call it — to be the backup at home, but also can divide and conquer if I don’t need to be away due to deal-making necessities.”

“I will expect that person as the chief operating officer to assure that most of the trains are running on time,” Lassiter continued.

Lassiter said a third EDP position, which is not being requested at this point, would be a “full-time economic development specialist with focus on research, development and requests for information.”

“This is an area which, due to my limited desk time, is an area that needs to be fulfilled,” he said. “Because we really don’t have that in-house expertise and time to be focused.”

The third person would work to keep data about Boyle County fresh and consistent. Without such data being easily available, businesses and site selection companies could strike Boyle County from their lists of possible locations, Lassiter said.

“Our credibility is based upon our data … bad data undercuts your credibility,” he said. “We’re being vetted before they ever email us, call us contact us. We may already be on a short list of four to five communities.”

Nelson explained in some detail the entirety of the EDP’s expanded budget proposal Thursday.

“My objective tonight is to walk you through that as laboriously as I can so you fully understand what the investment is we’re looking at,” he told city commissioners.

Some other highlights from the discussion include: 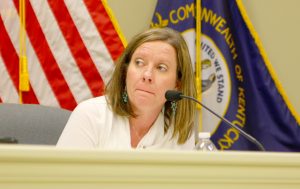 • Commissioner Denise Terry asked if the Panasonic building could now be turned into “some type of spec building” that could be used to attract businesses that want to begin operations immediately without waiting to build.

Lassiter said despite the departure of Panasonic, the building is not totally empty.

“Wausau SCA has had the lease on the 600,000 square feet and change for their distribution center now since I’ve been in the community, so approximately nine years,” he said. “Panasonic is only leaving a footprint of about 50,000 square feet, which is office (space) — it’s going to be a challenge.”

“Large office space areas such as that are going to present a challenge because it’s a dinosaur building,” Lassiter continued. “We don’t build offices for large manufacturing facilities of that nature anymore.”

Terry asked if the space could be converted into something other than office space. Lassiter said that was unlikely, but added, “we had some discussions that that would be a great institutional facility for the relocation of Eastern Kentucky University’s Danville campus and therefore allow good commercial space to be available at (Danville Manor).”

City Manager Ron Scott said the way those communities must make it work is by having a recommended amount for economic development based on a percentage of payroll taxes. The cities or counties involved would then have to choose each year whether or not to maintain funding at that level.

Nelson said tying EDP funding to the amount of payroll taxes collected would be one way to determine what the appropriate level of funding for the EDP should be.

“The thought was it gives us a calibration … which is what you all are trying to figure out — what is the appropriate investment we should make,” Nelson said. “The only caveat I’ve got … is if the thing got too low, you’d have to have a threshold at the bottom that says we won’t go below this, because if you did you’d have to close up your economic development shop.”

Nelson said in discussions about such a plan, it was “shot down” for the same reason Perros had mentioned — that a government could not allocate taxes to go directly to another entity.

Lassiter said it could work for Danville-Boyle County if leaders wanted to “index” their level of EDP support to the amount of payroll tax collected. At that point, theoretically, funding for the EDP would rise and fall with the amount of money being earned by workers in Boyle County.

Perros was intrigued by the idea.

“If you want to link performance with reward, that’s a direct linkage — if it can be done,” he said.

The city commission took no action concerning the EDP’s expanded budget proposal Thursday night. Kyle Talente with RKG and Associates will present his full recommendations for a strategic economic development plan at the next EDP board meeting, scheduled for 10 a.m. Thursday, April 20.

Hospital volunteer says helping others its own reward