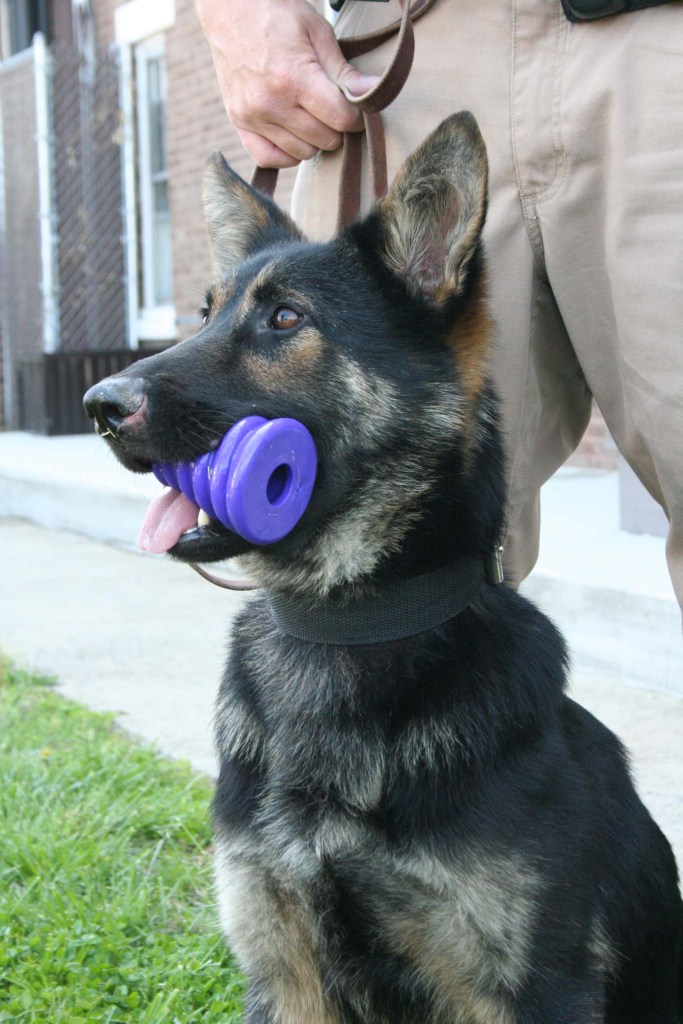 Newest deputy has her paws on crime

She’s only been on shift a handful of times since arriving about two weeks ago, said Keith Addison, K9 Deputy and Aja’s handler, but “it’s going well.”

Addison began his law enforcement career 15 years ago, after completing the academy with now-Boyle County Sheriff Derek Robbins. The two started at the Danville Police Department together, and when Robbins became a K9 officer, cracking down on drugs became their “thing,” Addison said. 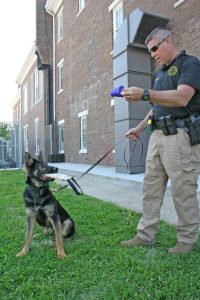 “That’s been my passion since I became a cop,” he said. “To me, drugs are pretty much the primary cause of all of our other crimes. I say that with 15 years experience.”

Around March 20, Addison traveled to Florida, where Aja was being trained to alert on illicit narcotics. He stayed for two weeks to complete the training with her. She is originally from Slovakia, he said, and was born on Dec. 24, 2015. Aja has her own passport, which he called “more complex” than one for a person.

“We’ve always had a successful program here. The first dog was Tjard in 2005, then Djanco and NiKi,” Robbins said. “Now Aja.”

Robbins said he was looking to get a new dog because he knew that Djanco would likely need to retire soon. Djanco is “getting older,” and Robbins is not able to take him out as much as he did before, he said.

“Derek asked if I would like to have a K9 and I said, ‘I think I would,’ That’s one thing in my career that I haven’t done,” Addison said.

Having a K9 is a big commitment, Robbins said, but it’s more than that.

“You don’t just give a dog to anybody. If he doesn’t have a passion to look for drugs, the dog’s not going to do it for him. If he doesn’t put the dog in the right place, the team itself is not going to be very effective,” Robbins said. “You’ve got to give the dog to somebody who has a desire to be proactive and look for that stuff — he does.”

Addison said it was “an honor” to be the newest K9 deputy.

“I’m very pleased to have gotten one and I think we’re going to be able to do a lot of great things with her,” he said. “I feel like a K9 is a necessity for a law enforcement agency, and now we have three. It’s just going to help our sheriff’s office and help the community.” 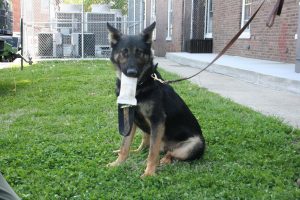 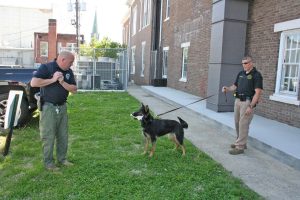 Danville holds honor of being named a Tree City…