Centre invites you down the ‘Rabbit Hole’ 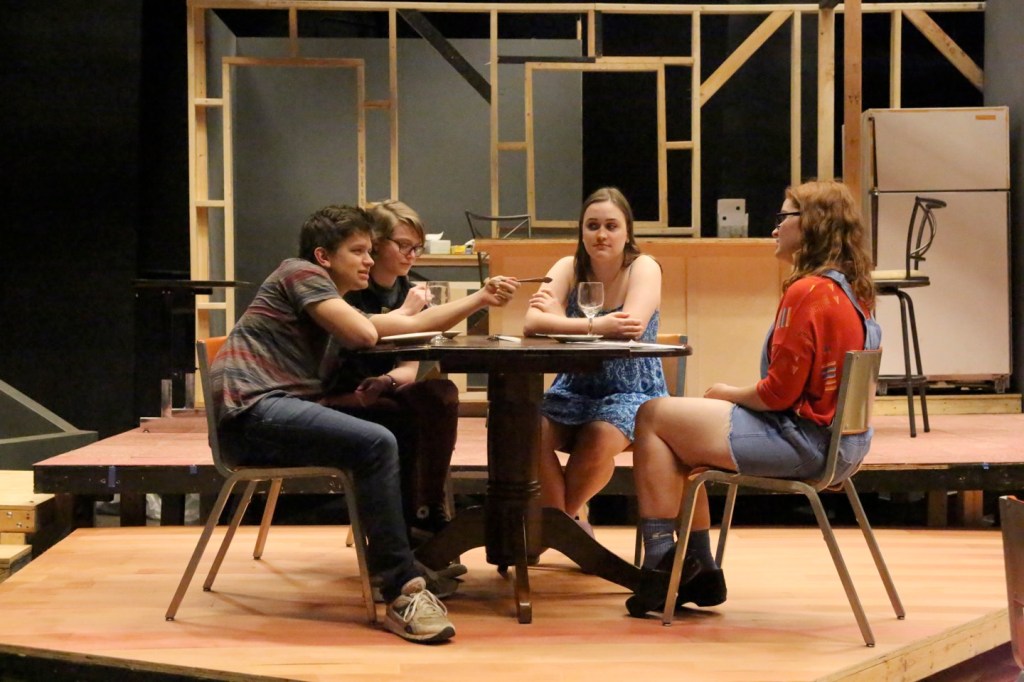 “Rabbit Hole” is an intense emotional and comedic examination of a family’s journey from grief to hope. Rabbit Hole was the recipient of the 2007 Pulitzer Prize for drama. Centre’s adaptation of this play by David Lindsey-Abaire resonates with the audience in a painfully touching yet exquisitely human way. It’s an entertaining, satisfying, and insightful play that perfectly captures the awkwardness and pain of people faced with an unthinkable situation. Rabbit Hole is truly a piece of art.

We sat down with Olivia Renfro — a sophomore Politics major and Dramatic Arts minor at Centre College—who plays Becca to ask her a few questions about the upcoming production.

AC: How has playing Becca in Rabbit Hole been a challenge?

OR: Playing Becca has been difficult for a number of reasons. I have no experience with the situation that she finds herself in, and so trying to step into her shoes has been challenging. For me, the most important thing about this play is making sure I’m doing Becca justice. Her character is incredibly strong and brave, but equally as heartbreaking—it’s been hard to find that balance. At times she can be irritating and seemingly irrational, but I hope I can show audiences how human she really. I want to make sure I convey Becca as a real person and not as a melodramatic character.

AC: With the difficult subject matter, it’s surprising how funny the play can be at times. Do you feel like the comedic relief in Rabbit Hole is an integral part of the play?

OR: The comedic relief is certainly an integral part of the play. The comedy of Rabbit Hole differentiates from just a melodrama to a real story with real people. Rabbit Hole is extremely human—in our real lives everything isn’t just sad and depressing all the time. There are always moments, even if they’re small, that are lighthearted and funny. I think the comedic moments in the play show the audience how real people would act in these devastating circumstances. Those funny moments make the characters all the more real and relatable to the audience.

AC: Why should people come to see Rabbit Hole?

OR: In all sincerity Rabbit Hole is a beautifully written play. It’s touching, heartbreaking, funny, and sweet. I’ve fallen in love with it over the course of the last several months and the audience won’t be able to resist falling in love with it too.

Rabbit Hole, 8 p.m. April 19-22 at Norton Center for the Arts. Presented by Centre College Drama, production is directed by Patrick Kagan-Moore and is an intense, emotional and comedic examination of a family’s journey from grief to hope. An adaptation by David Lindsey-Abaire, this piece has been called an entertaining, satisfying and painfully touching play. Senior citizens and students $5, free for faculty, staff and Centre students. Tickets: (859) 236-4692 or at the box office. 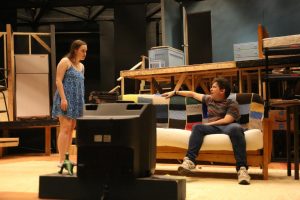 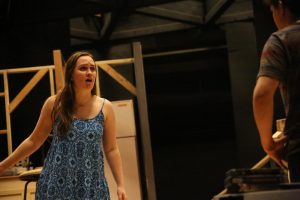 ‘Moonlight and Magnolias’ double-teamed by father and son directing…