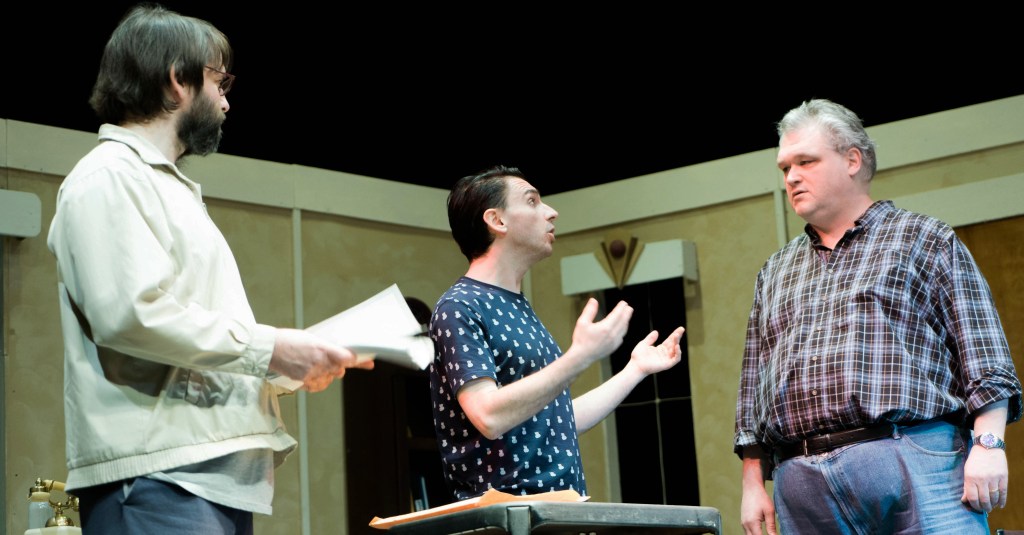 HARRODSBURG — The next production at Ragged Edge Community Theatre goes up Friday, and this will be a particularly special event for the theater.

“In a way, it is a novelty having a father and son duo direct this production, but in another way, it is completely natural and only fitting,” says Allan Barlow, managing director of the theater. He’s referring to the dynamic duo of Chuck and Zak Taylor, father and son, will direct “Moonlight and Magnolias.”

“Chuck has directed and acted in many productions for RECT. Zak has grown up in this theater, having acted in shows here since he was a little boy. However, he has never had the chance to direct. It seemed like the perfect opportunity for Zak to serve an apprenticeship of sorts under his own father,” Barlow said. “I love the sense of continuity and tradition about that.”

Chuck Taylor took some time out from his schedule to talk about the production.

“It takes place in the office of David O. Selznick, the producer of ‘Gone With the Wind.’ He isn’t happy with the progress of the movie and he brings in a writer, Ben Hecht, and another director, Victor Fleming, and they complete the shooting script over the course of five days by working 24 hours each day. Sleep deprivation, a producer that won’t compromise, and the retelling of ‘Gone With the Wind’ in a somewhat non-traditional fashion.

While the primary plot is getting the screenplay completed in order to resume shooting ‘Gone With the Wind’, there are subplots about the decline of Hollywood, the role the movies have to smash stereotypes of the day (racism, anti-semitism in particular), and fears of inadequacies.”

Taylor says Barlow approached him about directing the play, and asked if his son — Zak — could also participate. “As co-director, in order to gain more experience. I said absolutely — it gives me an opportunity to work with Zak on equal footing and to share my experience; plus it’s nice hanging out and talking theater with my son,” Taylor says. 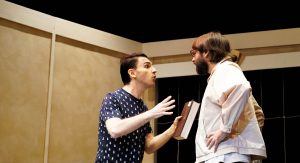 With only four people rounding out the cast, Taylor says they are all well-seasoned actors and most will recognize them from other productions. I always enjoy working with Walter Eng —he’s very professional and a pleasure to be around. John Stith and I have done several shows together over the years and I am familiar with his strong work ethic and ability to deliver.  Elizabeth Meredith I have known since she was little, and it’s wonderful to see her grow up in the theater and become quite accomplished. I’m excited to see where it takes her. However, this is my first time working with David Smith and I’m very pleased with his commitment to his performance; his experience is evident with his energy and style.” 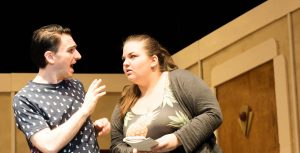 Taylor says rehearsals have been “…solid so far, nothing out of the ordinary. I know — boring, right? Elizabeth overslept one day and missed a noon rehearsal. It would be cool if she could read about it in the paper ….”

As far as audience response, Taylor says he not only hopes people are entertained, “but I hope they walk away entertained and perhaps with a better understanding of human nature beyond their own lives. Some topics that are still current were just as prevalent 75 years ago and I hope they glean some magnitude of scope in terms of how societal conventions are slow to change.”

Taylor says even though it’s certain the play will appeal to an older crowd — those who can remember ‘Gone with the Wind’ will enjoy it — it’s still a comedy, so it has a broad appeal. Any movie buff or theater fan will certainly find something to like out of it, he says.

“A small point of caution though: There are a couple spots with some stronger language and innuendo that might make it inapropriate for smaller children,” Taylor says. “Or you can just bring the damn kids if you’re cool with …”