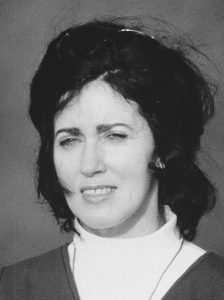 Virginia Brooks Walker, 85, of Gooch Pike in Lancaster, passed away Saturday, April 15, 2017 at her home. Born March 18th, 1932 in Garrard County, she was a daughter of the late Ira and Hattie Jane McQuerry Bell.

She had been a housekeeper and was a member of Good Hope Baptist Church.

In addition to her parents, she was preceded in death by her husband, John Wade Walker and four sisters, Shirley Maxine Claunch, Jewell Allen, Zella Brewer and Jessie Mae Plummer.

Her survivors include her son, John Wade Walker of Lancaster; and several nieces and nephews.

Funeral services will be 1 p.m. Friday, April 21, 2017 at Ramsey-Young Funeral Home by Bro. Ceryil Greene with burial following in Paint Lick Cemetery. Visitation will be from 11 a.m. until service time Friday at the funeral home.

Friends and family may leave condolences or special memories on her tribute page at www.ramsey-young.com