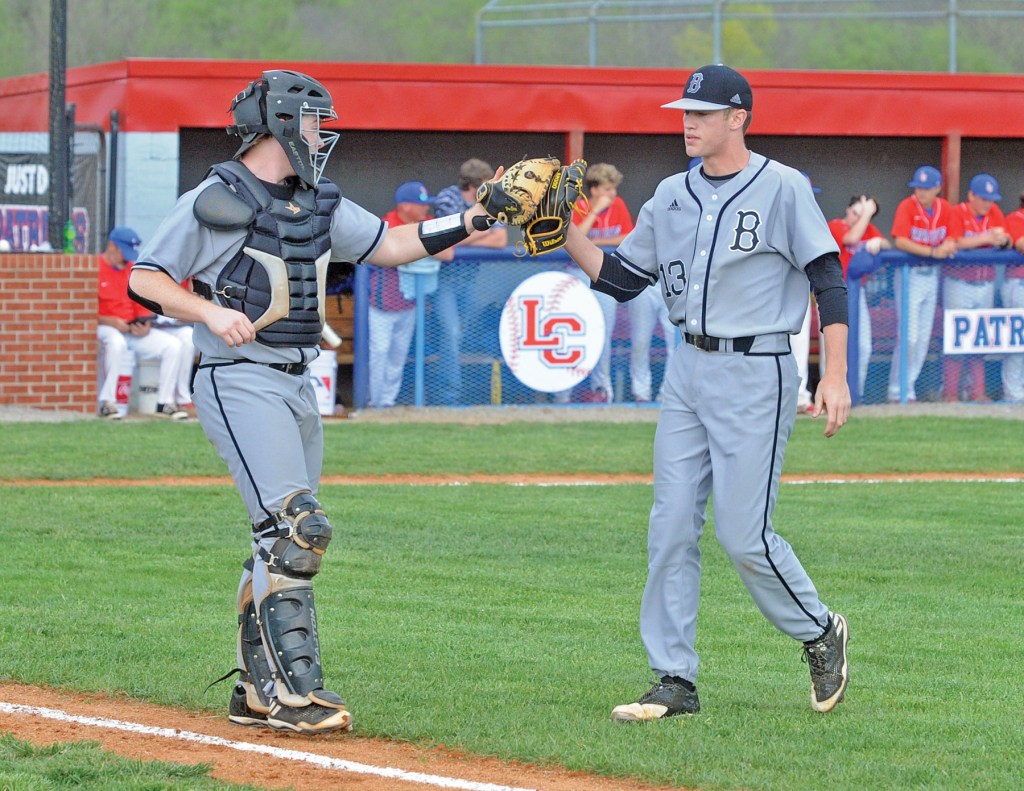 STANFORD — Sam Tiller and Noah Horton each had double-digit strikeouts.

But it was Tiller who would end up with the only stat that matters: a win.

Boyle County beat Lincoln County 2-0 in nine innings Tuesday for its first 45th District baseball win of the season behind a complete game from Tiller and two key hits from freshmen.

Both Tiller and Horton kept opposing hitters clueless throughout the game: Boyle had more baserunners, including a bases-loaded opportunity in the sixth. But neither pitcher allowed a run.

“The pitchers were outstanding,” Boyle coach Kyle Wynn said. “I think (Horton) was the guy who has kept us off balance maybe the most this year. We just didn’t have an answer for him. We’ve luckily had a few games in the past week or two where we haven’t been scoring those 8-10 runs like we did earlier in the year. We’ve had to scratch, claw, bunt, do some stuff. We did that, we had opportunities. It wasn’t 1-2-3 innings by any means, we just needed that timely hit. We had to wait so long for our first district game, now we had to wait nine innings to get an outcome.” 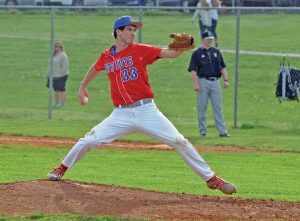 Tiller’s worst inning came in the first, when he hit two batters and walked another to load the bases. But after that, he completely dismantled the Patriots’ lineup, allowing just four baserunners (three hits) while striking out 11 the rest of the way.

“Sometimes, it’s a slow start for him,” Wynn said. “I think he gets stronger as the game goes on. I think that’s the case with Sam, you can see he still has velocity there in the last inning. That first inning, it wasn’t anything awful, just wasn’t as sharp. But the second through ninth innings, he was sharp as could be.”

Horton was equal to the task, giving up three hits and five walks over eight innings to go with 11 strikeouts of his own.

“Horton on the mound did a heck of a job for us,” Lincoln coach Tee Ellis said. “We just didn’t put the ball in play well enough. If we did, it was a weak ground ball or a pop out and too many strikeouts. They took advantage of a costly error in the outfield there in the ninth inning, but that’s a good team.”

“Our infield has been pretty solid all year,” Ellis said. “We’ve had a couple spills where guys get down on themselves and make a few errors, but other than that, our infield is a strong point for us. Jared Long is quick up the middle, Seth Young at second is great, Cooper Brown is a senior, hasn’t played for two years but he’s been a big help for us at third base.”

Boyle’s break came when Horton neared the pitch limit — he finished with 117 — and Sawyer Carrier took over. Carrier had the first two outs in the inning before Boyle freshmen Karson Thompson and Cameron Yates had back-to-back hits in the ninth inning, with Thompson scoring the go-ahead run. Yates, who was pinch-hitting for Tevin Leigh, scored on a triple from Ty Dragan to put the game away.

“Eight and nine and two freshmen,” Wynn said. “The key was all of that happened with two outs. You get somebody on, you put the ball in play. That was something we were struggling with earlier, we were striking out way too much. Put the ball in play, you never know what’s going to happen. Sure enough, we put one into right field and Cam dumped one down the left field line that got by them. Hats off to them at the bottom of the order.”

Tiller mowed down three more Patriots to end the game.

“The good thing was he didn’t walk many,” Wynn said. “He threw strikes and we played defense behind him. That allowed his pitch count to stay down, he was just around 100. But he should be that way in the seventh inning, so it was big for us to allow Sam to pitch the whole game. It wasn’t like we were pushing him extra, he was right on board. He was way ahead every inning on his pitch count. He pitched outstanding, and that’s what you have to have if you’re struggling offensively.”

The win was Boyle’s first game in the 45th District after having to reschedule games against Danville and Garrard County. Lincoln falls to 1-2 in the district with a win over Garrard and a loss at Danville.

“We’ve just got to take it one game at a time,” Ellis said. “(Boyle) has taken a step ahead of us, we’ve got to take one at their place now to keep up with them. We got beat at Danville, we’ve got to keep pace with them. But it’s wide open, anybody can win this district. When Garrard has their one or two on the mound, they’re tough to beat.”