New documentary to chronicle history of hemp in Kentucky 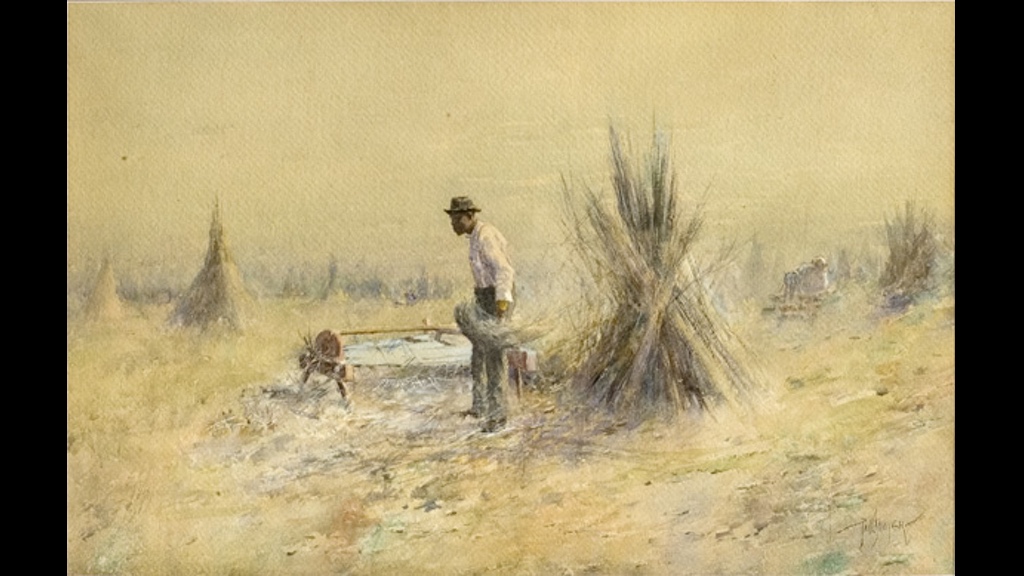 A painting of a worker in a Kentucky hemp field, part of the collection of Kent Masterson Brown.

LEXINGTON — Witnessing History LLC, a producer of documentary films on Kentucky and American history, and Hemp Highway of Kentucky LLC, the organizer and promoter of the tour route through central Kentucky chronicling the history of hemp production in the state, have entered into a collaborative agreement to produce a 56-minute documentary film for public and cable television on the history of hemp production in Kentucky.

No crop was more significant to the growth and development of Kentucky than hemp. An annual plant of Asian origin, hemp was brought to Kentucky from Virginia by the earliest pioneer settlers. Far from centers of civilization, those pioneers raised hemp in order to use its fibers to make clothes, headgear, paper, rope, blankets, bags, floor coverings and other articles. Its seeds were used to make lamp oil, butter, flour, and chicken feed.

New Orleans became Kentucky’s principal marketplace for hemp as it was for whiskey. In the early 19th century, the fledgling United States Navy outfitted many of its ships with halyards and rigging made exclusively from Kentucky hemp ropes; the sails, likewise, were mostly made of Kentucky hemp.

The vast production of Kentucky hemp thus played a role in America’s victory over Britain in the War of 1812. Up until the 1850s, Kentucky produced most of the hemp grown in America.

Among Kentucky’s most influential people were those whose fortunes were tied to the production of hemp. Lexingtonians John Wesley Hunt, James Morrison, Robert S. Todd, Thomas and Peter January, Benjamin Gratz, Thomas and Nathaniel Hart, John Brand, and Henry Clay were either very large hemp producers or manufacturers of hemp products, or both. The wealth they garnered in the heyday of hemp production contributed immensely to the growth of Transylvania University, among other central Kentucky institutions.

Lexington became the epicenter of the hemp industry, producing vast amounts of cloth, rope, and sheeting from hemp.

By the end of the Civil War, and with the emancipation of slaves, the use of hemp fell into a decline. Hemp would become a subject of nostalgia; noted Kentucky novelist, James Lane Allen, would write about the raising of hemp in romantic — and near poetic — terms in his 1900 novel, “A Tale of the Kentucky Hemp Fields.”

Although revived during World War II, the raising of hemp in America had ceased altogether thereafter largely due to federal government interference.

Hemp, however, is now on its way back.

The documentary film will chronicle the remarkable story of hemp production in Kentucky and will be magnificently illustrated with period portraiture and early photographs of prominent hemp producers, as well as mid-19th century photography of the vast hemp fields and those who labored in them. Footage of sites critical to the story of hemp production will be filmed in many of the counties in central Kentucky. The dependence of hemp production upon the institution of slavery will be carefully chronicled. The film will end with an examination of hemp’s resurgence. It will take approximately fifteen months to produce the film. 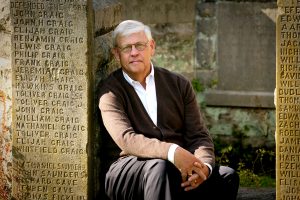 “I am thrilled to collaborate with Daniel Isenstein and Hemp Highway of Kentucky in the production of such a film. It is a film I have long wanted to produce and this collaboration with Isenstein and Hemp Highway of Kentucky has made it possible,” said Kent Masterson Brown, president and content developer for Witnessing History LLC and Witnessing History Education Foundation, Inc. of Lexington. Witnessing History has produced nine award-winning films that are regularly broadcast on KET and other American and foreign networks, including: “I Remember The Old Home Very Well: The Lincolns in Kentucky,” “Daniel Boone and the Opening of the American West,” “Henry Clay and the Struggle for the Union,” “The Civil War in Kentucky” and “Bourbon and Kentucky: A History Distilled.” 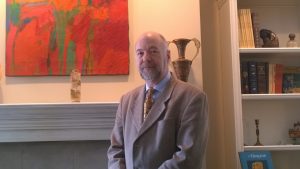 “I cannot put into words how humbled and excited I am to be working with master storyteller Kent Masterson Brown and Witnessing History on a film that shows how hemp weaves all through the Kentucky historical narrative,” said Isenstein.

The Hemp Highway of Kentucky is dedicated to expanding tourism opportunities throughout the Bluegrass region by exploring Kentucky’s fertile hemp history.