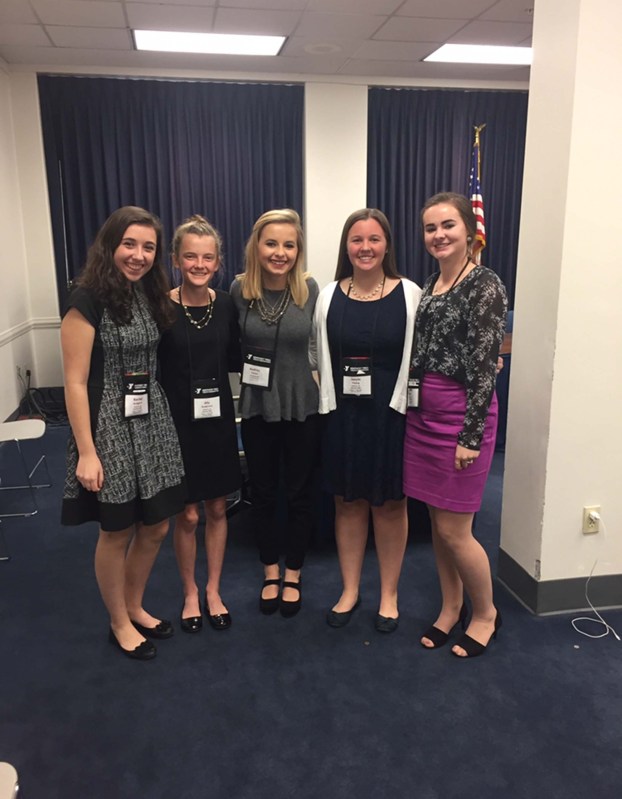 On April 10, Gov. Matt Bevin signed into law House Bill 206, a passage a group of sophomores at the Boyle County High School celebrated not only for its impact, but because they had a hand in getting the bill started.

“It’s cool to see. We’re always — I won’t say rejected, but people are like, ‘You don’t know what you’re talking about; you haven’t been exposed to the world; you don’t pay taxes,’” student Jaelyn Young said. “It’s cool to know that we had an input on this and it’s much greater than a mere idea that gets shot down.”

“Hopefully we can inspire other teenagers, if they have a problem or want to change something, that they can,” student Ally Anderson said. 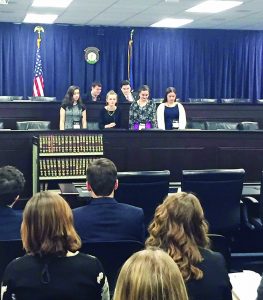 Prior to the bill’s passage, students could only use KEES money at colleges or technical schools. The bill opens it up for students choosing to go into apprenticeship programs approved by the Kentucky Labor Cabinet — programs that are not connected to a college and would not have been covered before.

“You earn KEES money through high school and you can apply it to any state school or private school. But there are apprenticeship programs in Kentucky where you still go to class, but are working at the same time and you can’t use your KEES money for those,” student Susanna Moore said. “You can use it at a school like BCTC, because that’s already a community college.”

When Young, Anderson, Moore and classmate Rachel Rodgers learned that, they were struck by how “unfair” it was, Young said.

They learned those programs are often located in Lexington or Louisville, and that the costs can vary widely. Some apprenticeship programs actually use college facilities to teach, but are not actually connected to the college, so the students can’t use their KEES money.

“It was crazy to us that it didn’t already apply,” Moore said.

“Something needed to be done about it, so we just became inspired,” Young said.

It all started last fall, when the girls were preparing for their yearly Kentucky Youth Assembly (KYA) convention.

KYA is a mock state government conference for students who participate in Y-Club, through the Kentucky YMCA Youth Association. There are conferences for middle and high school students, split into regions. Students prepare bills ahead of time and spend three days presenting and debating their bills before other students, going through the same processes of a state legislature.

At the last minute, the bill they had prepared “fell through,” said Young.

So their English teacher and Y-Club Adviser Blossom Brosi brought in Alane Mills, Danville-Boyle County Community Education director, who shared with them about the difficulties facing students who choose apprenticeship programs instead of college after they graduate high school.

“These girls wrote the bill,” Brosi said, explaining she read it after they were finished and gave them some suggestions, but the bill was completely theirs.

It passed both houses and was signed by the KYA governor at the conference — something that was exciting in itself.

After the conference, they wanted to do more.

Brosi, unbeknownst to the girls, was contacted by someone at the Kentucky Labor Cabinet who had heard about the bill and wanted to see their version.

“It was an idea they had been working on,” Brosi said. She sent a copy, and said the version of the bill that was eventually proposed closely mirrors their own, only shortened.

The girls also met with local state Rep. Daniel Elliott in January about the bill.

“He knew there was one in the House that was very similar and so he was going to support it,” said Moore. Someone else had already claimed the bill, they said.

He “liked the bill,” Brosi said, but said he told the girls he “wasn’t making any promises.”

She said the girls made a good point, when speaking to Elliott, of showing what kind of impact this could have on the region, beyond the face value.

Rodgers and Young did get something else out of the meeting — the two were able to page for Elliott in Frankfort, working to deliver messages and materials for Elliott while the General Assembly was in session.

Somehow, Brosi said, the bill was combined with another bill relating to dual-credit scholarships, which is how House Bill 206 was formed. The bill had emergency status and was signed quickly after being passed.

“We talked about trying to get up to Frankfort (but) because it was an emergency bill, there wasn’t any signing ceremony. We hope there’s a signing ceremony this June,” Brosi said. She and the girls, would like to be there, along with Elliott, Mills and individuals from the Labor Cabinet and the Kentucky YMCA Youth Association.

The girls said it was exciting to see something they had a hand in came to fruition.

“It’s cool to see how it connects,” said Young. “We wrote something for the mock one, but it carried over into real legislation. That’s cool to see in real life how that played out.”

“They talk about it at Y conferences — they’re like, what you do here really does have an impact. You don’t not believe them, but you don’t really think, ‘Oh this KYA bill is going to be real,’” said Moore.

Rodgers said it was also cool how the bill could actually affect their classmates. They all know people in their school who don’t have a desire to go to college after graduation.

“We see people throughout our own high school that don’t try as hard, because they know they’re not going to be able to use their KEES money. With the passing of this bill, they’ll be able to utilize that,” Young said.

The same rules apply as with the traditional KEES money — the school program has to be started within 12 months of graduating high school.

They said they owe a lot to the things they’ve learned at KYA and the spring convention, Kentucky United Nations Assembly (KUNA), a mock United Nations program.

“The Y — it’s a really good experience,” said Young. “I used to be shy and now I’m outspoken. I used to have to write everything down before I said it, now I just wing it and I know what I’m going to say. It just changes you.”

“I have zero interest in going into government or politics,” said Moore. “That’s not my thing. But KYA is my favorite three days of the year … it is fantastic.”

“It’s amazing how much I’ve learned about the legislation process,” said Rodgers. “You learn a lot.”

The girls said they have also learned that what they say does matter. Brosi pointed out that, despite none of the girls being of voting age, they’re still constituents and, therefore, “your voice should matter.”

“I never took that seriously before. People always say, ‘if you have an issue, go talk to your state representative.’ I was always, ‘Oh, OK,’” Young said. “This is neat to see that it actually all played out. It’s hard to believe until it happens, but stuff like that actually does happen.” 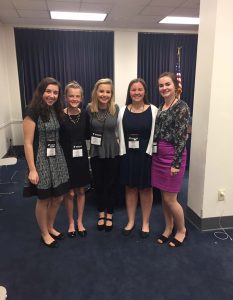