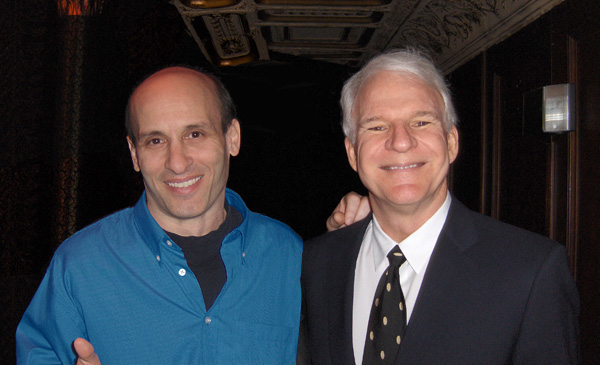 (Photo from 1comedian.com) Marty Pollio in a photo with Steve Martin.

Louisville native Marty Pollio, one of fewer than 50 comedians to have ever performed on New Years Eve on The Tonight Show, headlines Mallard’s Comedy Caravan show tonight (April 20).
A superb standup, world class mime and juggler, Pollio’s “Mr Magic” routine is widely considered the best “spoof” on magic in the business. Having begun his career in the 70s working with two of the best magicians on the planet, Louisville’s Lance Burton and Mac King— he learned from the best. He appeared in the Tom Hanks/Sally Fields movie, “Punchline,”  had a recurring role on Magician Harry Anderson’s NBC Sit-Com, “Night Court” and performed on several other TV shows.
Dan Ackroyd cast Pollio as the robotic servant of the 1st family to live on Mars in the Pilot, “Mars Base One.”
Pollio has also entertained American troop’s in Europe, Africa, Asia and the Middle East.
On April 21, Pollio Headlines Comedy Caravan’s 27th show at Elizabethtown’s Historic State Theater. 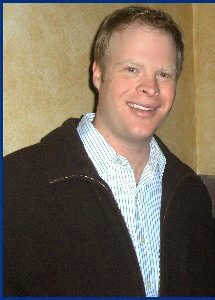 A veteran of the FOX series, “Laughs,” he’s shared  the stage with artists like Louis Ck, Jim Norton & Carlos Mencia.
His newest CD, ‘Happy Go Lucky’ is available on iTunes.
Tonight will be emceed by Bryce Peter.
Online:  1comedian.com/
www.dannybrowning.com
www.facebook.com/bryce.peter1
IF YOU GO
Comedy Caravan, featuring Marty Pollio, Danny Browning and Bryce Peter, goes up at 8 p.m. (doors open at 6:30). Tickets are $10.
You Might Like