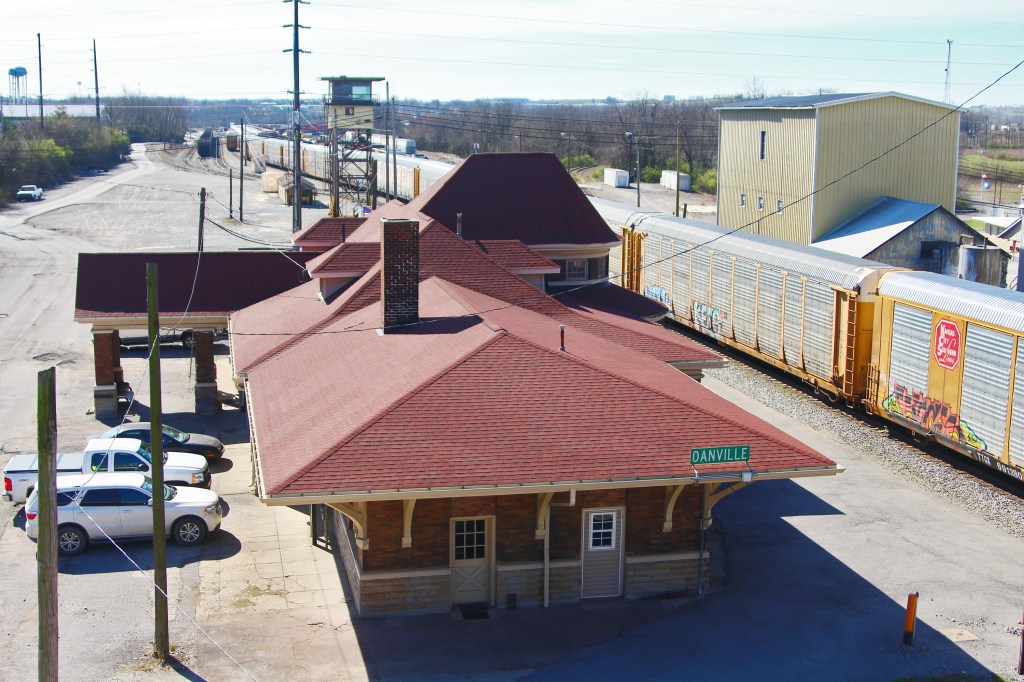 Ben Kleppinger/ben.kleppinger@amnews.com A train passes by the train depot and lever tower along Harding Street in Danville’s historic warehouse district on March 22.

If next approved by the Danville City Commission, the letter would be signed by Mayor Mike Perros and sent to Carl Wilson, the Illinois Division superintendent for Norfolk Southern.

“I am writing to inquire if the Norfolk Souther Corporation would be willing to donate to the city certain under-utilized properties from your (Norfolk Southern) operations in Danville,” the letter as approved by the AHB reads. “The goal would be to devise a legal mechanism to both preserve these important historic structures and utilize them for educational and tourism purposes.”

The AHB began discussing in March the possibility of turning the train depot in Danville’s historic warehouse district, which is on the National Register of Historic Places, into a museum and café that could attract tourism dollars to the area. At that time, Danville City Manager Ron Scott informed the board he had already been pursuing the lever tower, located nearby. There had also been prior attempts to obtain the depot building, but those were unsuccessful.

The biggest hurdle to the idea is liability — because the depot and tower are next to active train tracks, Norfolk Southern may not want to take on the liability of having people so close to the tracks, officials have said.

Scott has said he believes it would be possible to work out a plan where the city indemnifies Norfolk Southern from liability.

The letter addresses the liability issue, stating, “We would request that we begin a conversation regarding how this goal might be accomplished. If you are supportive of the idea, we would anticipate fully addressing to your satisfaction any liability or other issues that might arise.” 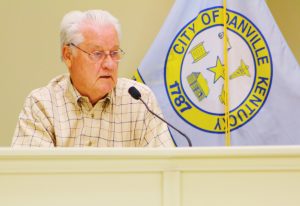 Ben Kleppinger/ben.kleppinger@amnews.com
John W.D. Bowling, a member of the Architectural Heritage Board and a former Danville mayor, speaks about the idea to turn the Norfolk Southern train depot and lever tower along Harding Street into tourism attractions during Wednesday’s AHB meeting.

AHB member and former Danville Mayor John W.D. Bowling suggested Wednesday that instead of mailing the letter to Wilson, city officials could hand-deliver it to him in Illinois.

“I know this is an added expense, it takes time,” Bowling said. “But sometimes a personal visit and a hand-delivered letter has a lot more weight than just a letter coming in the mail.”

Scott said he and Perros met with Wilson a year ago and “we might have another meeting with him if city commission adopts this letter.”

The letter states that Norfolk Southern “has been an important part of Danville’s history since the 1880s and continues to be a key element in our economic development efforts.”