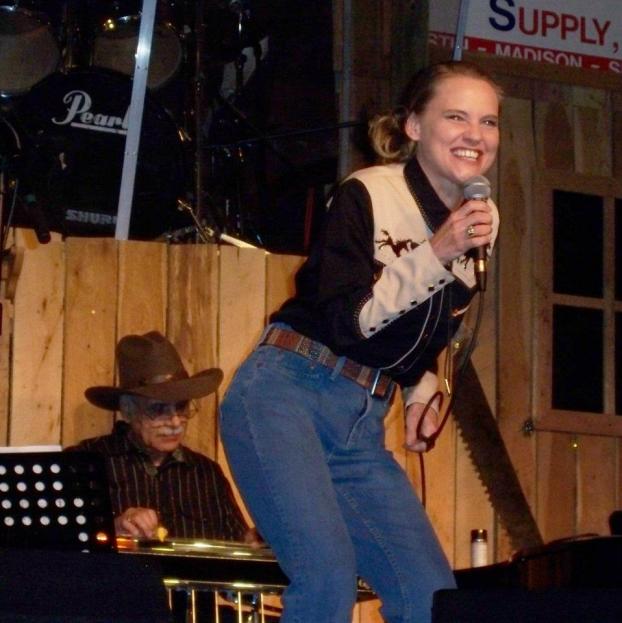 “It is so important for the people in the  communities to work together, to volunteer , support,  and fund worthy causes like Habitat for Humanity to make owning a home a possibility for a family who otherwise may not ever be able to be a homeowner. Someday this home could be passed on to their children.”

Adele Greenburg, board member for Habitat for Humanity of Mercer County

HARRODSBURG — Habitat for Humanity of Mercer County has added an event to their fundraising efforts — Natalie Berry Marshall and Friends in concert. Hopefully the event will help fund a road that must be built in order for Habitat to continue building.

“Habitat for Humanity of Mercer County did not receive grant money because there are so many other  non-profit organizations in need of funds for worthy causes that have impact on more people in a year than a Habitat home does,” said Habitat board member Adele Greenburg. “The judging criteria for the grant application changed, too.”

Greenburg says many of the Habitat homes in Mercer have been built in Quail Run subdivision, located off U.S. 127 North, past Diamond Point.

“The road that must be built will be added onto Pheasant Drive — we need to have about $60,000 to build onto that road to allow more space for six more homes to be built. We have to get the road built, because you need a street to get an address. You need an address to get a building permit before a new home can be built.”

“These generous folks will be entertaining the audience with all the proceeds going to Habitat for Humanity of Mercer County,” Greenburg said.

A Harrodsburg native, Natalie Berry Marshall has performed country, classic rock, blues and jazz. A veteran of the Ragged Edge Community Theatre, she has appeared as Eliza Doolittle, Patsy Cline and Dolly Tate. Along with numerous appearances on TV and in radio, she regularly appeared at Renfro Valley as staff emcee and comedian from 2012-2016.

She also worked as entertainment director for Corydon Live in Corydon, Indiana.

Marshall was named America’s First “Japan! Idol” by the Japan America Society of Kentucky. She has opened for the Kentucky Headhunters, Moe Bandy and Marty Brown, as well as has shared the stage with  Nashville legends Larry Cordle and Doug Jernigan.

She regularly appears at opries and jamborees throughout Kentucky, Indiana and Ohio. Whether belting out a sultry ballad or an up-tempo version of “Bill Bailey,” she keeps her audience captivated, and her comedic whit and goofy grin are always welcomed by her fans.

Marshall has just been slated to appear on the national network RFD TV show called “Kentucky Born Kentucky Bred.” with filming to commence on April 25-26 in Glasgow.

The Natalie Berry Marshall and Friends benefit for Habitat for Humanity of Mercer County  will be 3 p.m. Sunday, April 30 at Mercer Transformation Center (the old Harrodsburg High School Auditorium) at 371 E.  Lexington St. Harrodsburg. Advanced tickets are $10; call (859) 734-5086 or 734-2051. Tickets will be $12 the day of the concert.

Amish Cook: A wedding not to trifle with

BY GLORIA YODER You may remember last week’s letter where I told of our plans to travel to Pennsylvania to... read more