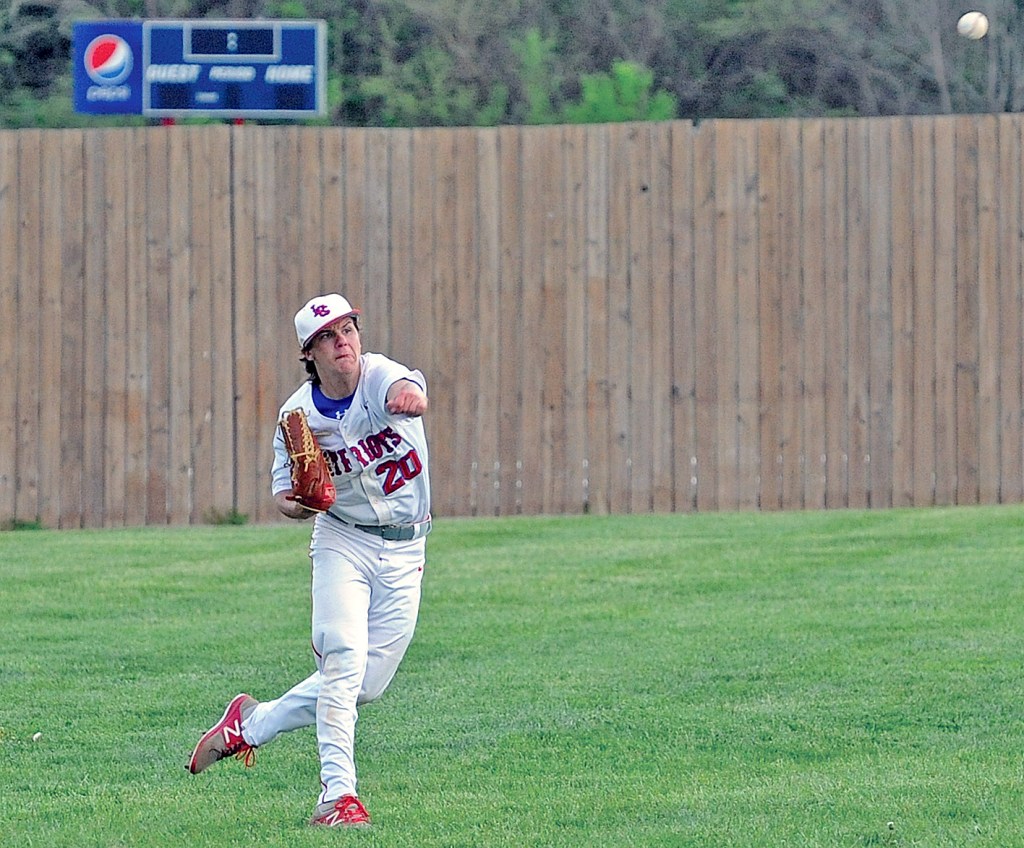 Matt Overing/matthew.overing@amnews.com Lincoln County's Luke Smith makes a throw in from the outfield during Thursday's 15-1 loss to visiting West Jessamine.

STANFORD — Lincoln County coach Tee Ellis wanted to see something from his offense after a nine-inning defeat against Boyle County earlier this week.

Unfortunately for the Patriots, it was West Jessamine that provided the pop on Thursday.

The Colts raced out to a 6-0 lead in the first inning and didn’t slow down in a 15-1 victory. West batted through its lineup four times in five innings in the win.

“From the very beginning, you could tell a difference,” Ellis said. “They came ready to play. Especially after a tough district loss, you want them to respond better. You want them to put up some runs. We worked on hitting yesterday, getting through the zone and not chasing balls, but we were doing the same mistakes we had two nights ago.

Devin Lawhorn started for the Patriots but didn’t record an out. His replacement, Brady Martin, pitched the next two innings, giving up four runs.

In all, Lincoln County used four pitchers in five innings in Thursday’s game.

But Ellis wasn’t focused on his pitchers — he wanted to see more from his players at the plate. During the second inning he was telling his players to focus on getting on base, not hitting home runs.

“We haven’t been in a hole, a 6-0, 8-0 deficit this year. Maybe that’s something to learn from, we’ll respond better next time,” he said. “We were pressing a little bit. We’ve got to stick to our game, we’re not a home run hitting team. We’ve got to get runners on, move them over to produce. We’re not going to hit four home runs in a game. It’s not how we play.”

Ellis turned to his JV players in the fifth inning, and they produced the lone run of the game for the Patriots. The backups had their first four batters reach base before the game ended, with Martin scoring the only run of the game after a leadoff double.

“That’s what I told them, that’s what I want them to see,” Ellis said. “It looks bad for the varsity guys, the JV had more baserunners in the fifth inning than the varsity had in the four innings before. I’m glad the JV came out and responded, that’s what I wanted to see there. They got an opportunity to play and they did what they were supposed to do.”

Lincoln will return to the diamond tomorrow at Estill County before visiting North Laurel on Saturday.