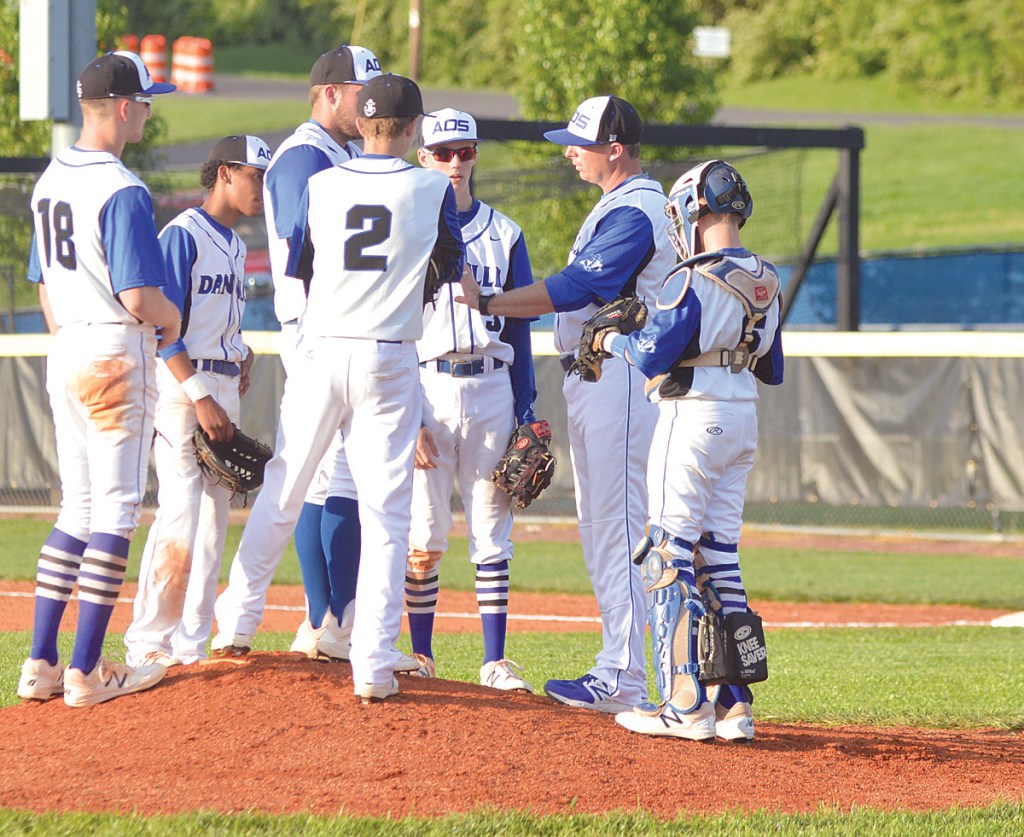 During Wednesday’s 10-6 win over Garrard County, Danville coach Paul Morse had some youth on the field, both in terms of age and experience.

Eighth grader Christian Howe was at third base and junior newcomer Dmauriae VanCleave made his first varsity start in left field. And for a few innings, a familiar name trotted onto the field as seventh grader Brady Morse, Paul’s son, put on the catcher’s gear and took his spot behind the plate.

“It was awesome, as a dad and a coach,” Paul said. “He did well, proud of him. He’s a kid that doesn’t show much emotion, doesn’t get up too high or too low, so I wasn’t afraid of him getting intimidated.”

Brady played some with the varsity during fall ball, so his dad wasn’t too concerned with him being overwhelmed. Add to that the fact Brady grew up at the diamond and he becomes the rare seventh grader ready to gain varsity experience.

“He’s grown up here,” Paul said. “These guys, he’s been around since he was little bitty. It wasn’t a shock for him to go in and do that. He was a little bit nervous, but after the first guy or two, he really settled in.”

It was quite an introduction to varsity time for Brady, who doesn’t normally play catcher — he was tasked with being the battery mate of the Ads’ ace, Brian Baxa, in a must-win 45th District game. While Morse had never caught Baxa before, he was at least a familiar face — the two are cousins.

“It was on the fly, coach (Andrew) Lasure taking him to the bullpen, throwing as hard as he can at him, working on blocking,” Paul Morse said. “I was really proud of him stepping in and doing a good job for us.”

VanCleave and Brady Morse went a combined 2-for-5, with VanCleave scoring in the second inning and Morse driving in a run in the sixth.

The Ads are short on number this year, forcing coach Morse to dip into his middle school roster for any semblance of depth.

Plus there’s been an issue of production from more experienced members of the team, so Morse hasn’t shown any fear about replacing them with the inexperienced players.

“We talked the other day about guys, if we’re not going to produce and older guys aren’t going to be better than the younger guys — you can’t be just as good — just because you’re a junior or senior doesn’t mean you’re going to play,” Morse said. “We’ve got good young players coming up. More than anything, we can use that as motivation for the older guys. Competition usually breeds success.”

The Ads are currently 9-8 overall and lead the district with a 2-0 record with wins over the Golden Lions and Lincoln County. They square off with crosstown rival Boyle County on May 2 for what could be the top seed in the postseason tournament.