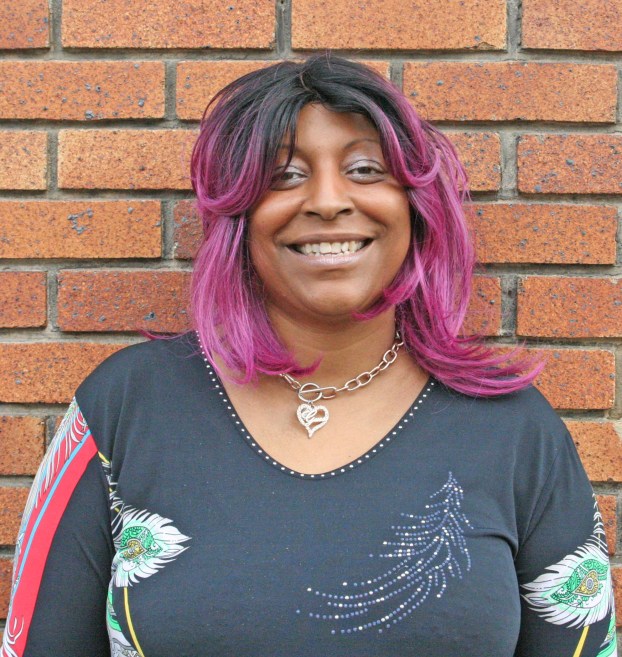 Kendra Peek/kendra.peek@amnews.com Erica Ford, originally of Danville, is battling her second round of breast cancer. A fundraiser will be held on Saturday to help raise funds for her medical bills.

Battle of her life: Danville woman takes on breast cancer for second time

Fundraiser to be held to help with medical expenses

Erica Ford Utrera is currently in the fight of her life — her second battle with breast cancer.

It all started with a pain in the arm during the summer.

“I’m one that can tolerate pain pretty well. Whenever I get pain, I don’t always go to the doctor,” Utrera said. “I advise people now, it’s better to go get checked and not be nothing, than to not go and be something.”

After about a week, the pain stopped.

In August, it started again, but this time, she could hardly raise her arm. Utrera got it checked — her doctor first thought swollen lymph nodes were the problem and prescribed antibiotics, telling her to come back in a week.

“When I came back, he said it was golf ball-sized. He said, ‘This doesn’t look good.’”

She got a mammogram and ultrasound, and it was quickly realized. A lumpectomy and an auxiliary nodal removal were done, removing 13 lymph nodes from under her arm.

Utrera had anticipated having a double mastectomy during the first round, but that was not medically necessary, doctors told her, because the threat was in her lymph nodes.

She was nervous about starting chemo the first time, she said, but learned quickly that it wasn’t what she expected.

“My blood pressure was extremely high. But once I got in there, I found it wasn’t like you think it is. You can talk on the phone, you can get on the internet … you can pretty much do whatever you want to do to entertain yourself — read, color,” Utrera said. “I suggested to them that may be they should do a tour … you won’t be so upset because you know what to expect.”

“I didn’t get to have too much of a celebration,” she said.

She began therapy for a range-of-motion issue with her arm.

“I had trouble with my range of motion in my left arm, where I had my lymph nodes removed,” she said. She went through physical therapy to help it return.

“My physical therapist Candace was wonderful.”

Eventually though, her left breast began swelling — the same side in which the cancer was found the first time.

“I kept going for that and she was doing massage therapy,” Utrera said.

As the year progressed, the swelling worsened and her pain grew. She had a mammogram done in October, but nothing was visible.

By December 2016, Utrera was in “excruciating pain.”

“I felt like I was being stabbed for the whole month of December.”

In January, the breast remained swelled and painful, but was also red. She went to the doctor on Jan. 12, at St. Joseph East, where they discovered she had cancer again.

Utrera was in the process of returning to work at Corning in Harrodsburg, the first time since she began treatments, when that happened.

Utrera decided to go to Vanderbilt University Medical Center for the second round, this time to get treatment for stage 3 breast cancer.

Her breast, however, continued to get worse. The skin turned black, and “crusted over.” Eventually, she said, the skin would peel off, revealing healthy skin underneath. Utrera was told it was likely connected to the radiation or an infection, and had to take antibiotics to help.

She will eventually undergo a double mastectomy, as a preventative measure. Doctors will take fat from her stomach to replace her breasts.

“I really don’t care if I don’t have breasts, to tell you the truth. As long as I’m alive, I don’t really care,” Utrera said.

She is currently still undergoing treatment.

Utrera said she lost her hair during the first round, which wasn’t as tough as she had thought.

“I was all about my hair at the time,” she said, laughing. “I actually did pretty good with it. I was ready for my hair to go — The only thing I was really worried about was the shape of my head.”

“I actually have a cute-shaped head.”

She learned she had a birthmark on her head too.

Utrera uses the hair loss as a way to express her style, playing around with different-colored wigs.

“I feel like you don’t have to look like an average cancer patient,” she said. “Nobody can dictate how I should look.”

The hardest part, Utrera said, was the weight loss.

“I told everybody I was on the chemo diet,” she said, explaining she lost about 30 pounds in 2015.

She also developed a heart issue because of the chemotherapy, something she learned last February.

It’s been difficult, Utrera said, to not be able to continue life as normal. She’s been working to get involved in Relay for Life, which she participated in last year. She’s also seeking out other patients to be a mentor along their journey through the American Cancer Society.

Utrera said she also deals with “chemo brain,” which has affected her reading comprehension and memory. She has gone through speech therapy to help.

“It can be frustrating,” she said, getting emotional.

Not being able to work has been another difficult element for Utrera.

“They may call it the 20th, but I say the 19th … I was upset because I couldn’t go back to work. I’ve always worked. That was a pretty upsetting part.”

If it weren’t for the kindness of others, Utrera may not have been able to “make it.”

“I’ve met a lot of wonderful people throughout my journey,” she said. “You’d be surprised how many people, even people that you don’t know, will make a donation to you.”

But she still needs help. That’s why, on Saturday, from 10 p.m.-3 a.m. there will be an event at the Wolf Pack Motorcycle Club at 512 S. Fourth Street in Danville.

It’s hosted by a social club — Foxxie Vixens — and features music, a 50/50 raffle, pictures taken and auction items, which are still being accepted.

Utrera is the granddaughter of the late Alma McCowan and the late Willam Bunny Davis, of Rosetta Ford and the late Otis Ford Sr.

And she can’t forget those who have helped, especially her friend Yanna Walker, who has “stuck with me from the first diagnosis.”

“She always makes sure I get (to the doctor). I’m blessed to have her in my life,” Utrera said.

Utrera said it’s also important to remember cancer patients after their treatments are finished, because it takes “a long time to get back to normal.”

“People don’t realize that,” she said.

Utrera said there are things she has learned from the journey, the first being to always try to keep in good spirits.

“It’s what gets you through — you give it to God and keep moving,” she said.

She tries to apply that to the world of social media, especially while going through her current round of treatments, hoping to help others battling the disease.

“I never questioned ‘Why me?’ I never did that,” Utrera said. “I would never have been able to make it through and get to this point if I didn’t give it up to God.”

“When you get ready to have surgery, you can’t be scared, I feel like.”

She learned to take more photos — no matter how she looks.

“Know you’re beautiful inside and out, whether you have hair or not,” Utrera said with a smile.

She learned to not sleep on her left side, because it brought her pain. It’s getting better, but “you’d be surprised the things we take for granted in life,” Utrera said.

Another thing, she said, is to not look things up online, calling it a “big mistake,” because it scared her greatly.

And of course, wear sunscreen.

“Even people with ebony skin. I thought I didn’t have to wear sunscreen, but you should always wear your SPF 30 broadband sunscreen,” Utrera said.

It’s important, she said, for women and men to do regular self-breast exams.

“You know your body. Go get it checked out. Better to get check and be nothing than something.”

Finally, she said, remember to laugh.

“Laughing is good for the soul,” Utrera said.

On Saturday, from 10 p.m.-3 a.m. there will be an event at the Wolf Pack Motorcycle Club at 512 S. Fourth Street in Danville to help with Erica Ford-Utrera’s medical bills.

It’s hosted by a social club, Foxxie Vixens, and features music, a 50/50 raffle, pictures taken and auction items, which are still being accepted.

Utrera is also accepting donations at www.gofundme.com/team-erica-ford; contact can be made with her through the page or on Facebook.

Sidewalks coming for Danville street after more than 14 years

A Danville neighborhood is getting sidewalks installed more than 14 years after a developer left the job undone. The city... read more