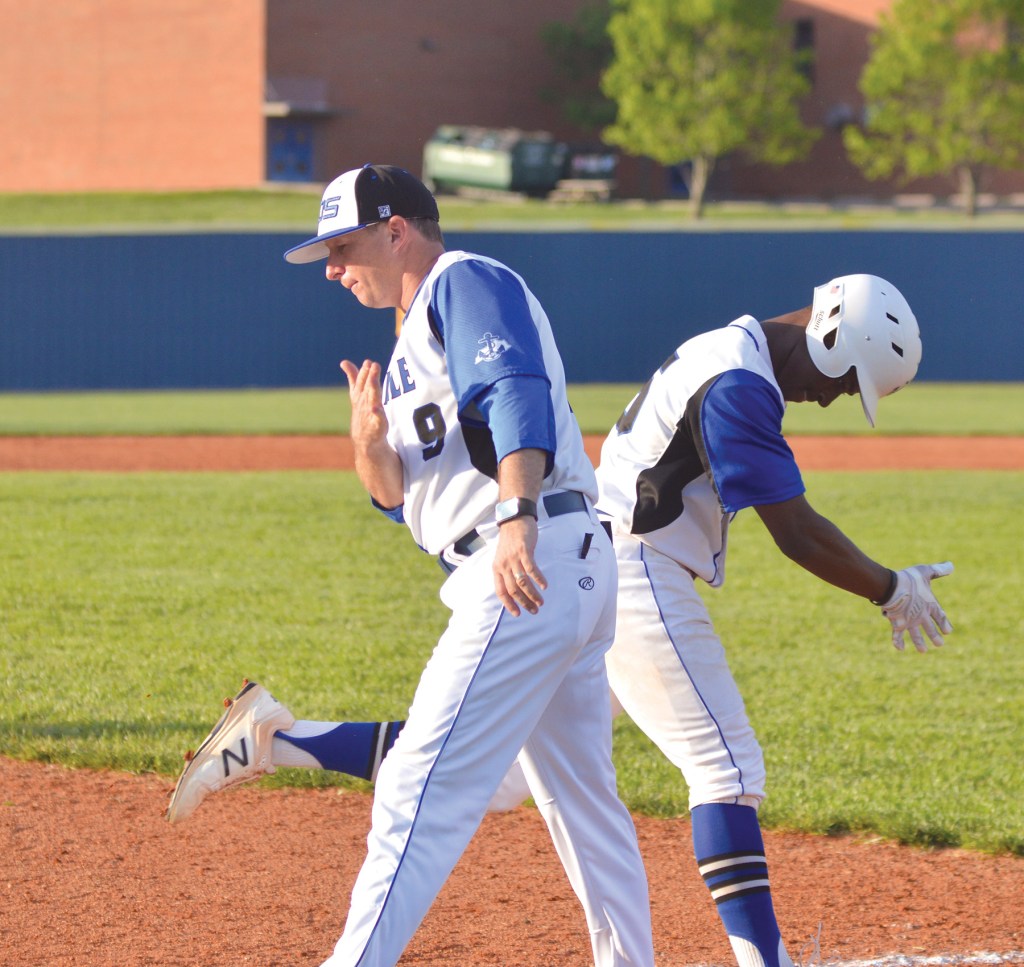 Everyone has a story for why they became who they are or why they do what they do.

Coaches are no exception. Somewhere along the way, someone or something happened to plant the seed in a young mind that becoming a high school coach would be a good idea.

This week’s Monday Mailbag takes a look at where the journey started for area coaches and how it all came to be.

1. What inspired you to become a coach? Was there a coach in your life you gave you the idea?

Mark Mojesky, Danville boy’s tennis:  I loved the sport of tennis and wanted to share what I learned to others with the hopes to inspire student athletes.

Terry Yeast, Mercer County track: I was inspired to coach because I wanted to see young people excel in athletics like I had the opportunity to do. I love young people and most of them like me so it was a smart transition for me to try after college. It all started when my football coach from high school, Alvis Johnson, asked me to work with my alma mater during double sessions the summer after college. That was 1992 and that fall I fell in love with coaching. Coach Johnson saw something in me that I’m not sure I saw in myself.

Tao Costello, Boyle County tennis: I was inspired to be a coach because I enjoy getting the most potential out of kids on the court and in the classroom. My high school tennis coach taught me a lot about tennis and life lessons. He is still coaching today. I hope I can say that years from now.

Jon Vaughn, Casey County track: My inspiration to be a coach came from seeing a buddy of mine who I ran with at Texas A&M lead a team of boys to the Texas State Championships. I saw that and said to myself, “I want to do that!” I had some great coaches and some bad coaches. I learned from both.

Joey Sallee, Danville softball: I don’t know that I was inspired. We are a small school, everyone kicks in to make sure kids have opportunities whether it’s academics or athletics. It’s just what you do.

Brandon Hillard, Casey County baseball: I guess the first inspiration was, I couldn’t play forever. The moment my career ended at conference tournament in college … I had to stay involved with the game. Most certainly there were coaches in my life that made the decision easy. Tom Venditelli and Harold Butt invested in me as a “whole player,” not just a piece of meat on the field. Their investments made me want to impact others as they did me.

Todd Montgomery, Garrard County softball: The inspiration for me was to help young players improve their skills to reach their goals. We help shape and develop them. Seeing them become successful in life helps inspire me more than anything. The experiences during their athletic career will play an important part long after their careers are over.

Paul Morse, Danville baseball: My father, Phil Morse was my inspiration in becoming a coach. He was a college coach for 30+ years. He coached football, baseball, and even track. He was also athletic director at several schools. Coach Phil is what all my high school players call him, and he coached at Kenyon College and Heidelberg College in Ohio, Coe College in Iowa and Centre College. I also have several older brothers and sisters that went into coaching. Its kinda a family thing. I have a brother (Glen Morse) who is in the Ohio high school baseball coaches association hall of fame.

2. Is being a coach what you thought it would be? How is it different or the same?

Mojesky: Yes and no.  It’s been a great run, but there have been too many students that I’ve spent time and effort with who quit early. On the flip side, I have seen students grow, compete and have a great experience with their sport. There have been numerous go on and play college tennis at the NAIA, NCAA D1 and NCAA D3 level. I have seen a drop off in interest recently and that’s disheartening.

Yeast: I don’t think in the beginning I thought that’s what I would be. I wanted to be the next Bryant Gumbel and host the Today Show. After two years at Harrodsburg coaching, I was given the opportunity to coach football and track at Centre College. The rest is history. As far as it being what I thought it would be, I had some great role models, so it helped in the early years. Centre was tough early because of my age being so close to the players. My experience over the years has made it easier. Coaching is definitely different now because kids and parents are different in general. However, I must say because my kids and parents believe in what I do and have bought into our system, it is somewhat the same as when I first began.

Costello: Being a coach is not always what I thought it would be. It’s made me realize that winning is not everything and sportsmanship is what should be focused on. Sometimes that’s hard to do, but if you put the team first everything else will work it’s way out.

Vaughn: Being a coach is what I thought it would be. However, people have no idea the behind-the-scenes stuff that goes on. I know things about some of my runners, how some of them have no real family except for our team. The thing that surprised me most about being a coach is how much I enjoy seeing smiles on the athletes’ faces when they do well. That makes it all worthwhile. I also did not realize how much it means to me to begin with people new to the sport and develop as a team through this thick and thin.

Sallee: It’s got positives and negatives just like anything else. You teach all day and then spend your afternoons and evenings coaching. Sometimes it’s hard to separate the two.

Hillard: It’s everything I thought it would be and more. It’s a thankless position to hold. However, it’s very rewarding when you receive the loyalty that a lot of players give back to you. Wins are great, championships are greater, but seeing young people grow up and start families and share their new families with you, is the greatest return of all.

Montgomery: Each year brings different challenges. When I first started back in middle school, coaching was more about instructing and less motivation. It has evolved from that. The biggest change I have seen is the effect our society has had on expectations. The “instant gratification” and unrealistic expectations are in all sports.

Morse: Coaching is exactly what I expected. It’s satisfying and very frustrating all at the same time. There’s no better feeling than to see a kid put in a lot of time and hard work to make themselves into a good player and see them be successful. It’s also very frustrating to see a kid with a lot of talent take it for granted and not put in the time and work and see that potential go to waste.

3. If you could have one job outside of coaching, what would it be and why?

Yeast: My next dream job will be working for Dave Ramsey and Ramsey Solutions in the Nashville area. I want to be a financial advisor and help others learn how to take control of their own money.

Costello: If I was good enough to play tennis for a living I would be traveling the world in a heartbeat.

Vaughn: Sports writer for The Danville Advocate-Messenger … joking. I have been involved in either swimming or running since I was 6-years old, so I would have to be involved with cross country and track in some capacity. Probably would have to compete myself on the master level if I couldn’t coach.

Sallee: I would probably be a hermit.

Hillard: I’ve tried to walk away before. Worst decision of my life. I think once you’re a coach, you’re a coach for life. There’s a great need in coaching, to help others achieve something bigger than they are. Once you have shared that with your athletes, you want that feeling again and again. I think once I stop enjoying the process of going to practice and teaching fundamentals, that’s when it will be time to stop coaching. Then, I do not have the slightest clue what I will do. Maybe I’ll go fishing.

Montgomery: I’m thankful to be able to have the time to coach and a job that allows me that opportunity.  I wouldn’t trade the experiences I have enjoyed from the players and softball for another job.

Morse: I wouldn’t want any other job. I have been blessed to either play or coach baseball my entire life. Hopefully I will be able to continue that for awhile longer.