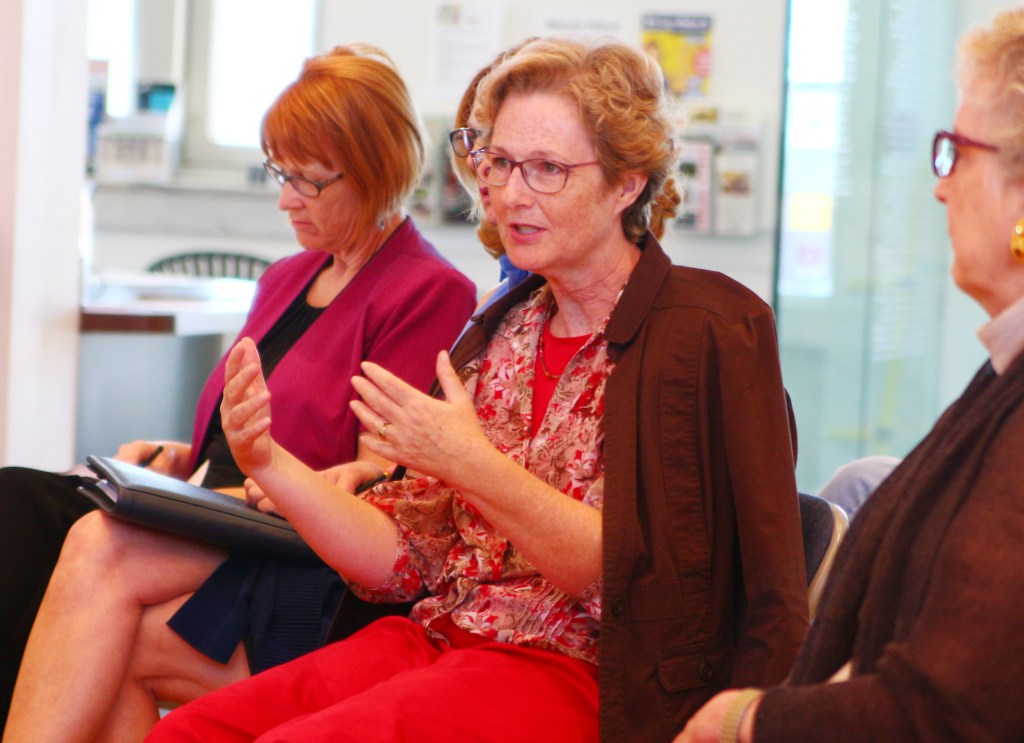 Reactions to the proposal to reorganize the Economic Development Partnership have been numerous and varied.

The proposal revealed Thursday by Kyle Talente with economic development consulting company RKG and Associates would remove four agencies from the EDP, add voting seats on the organization’s board for members of the business community and rename the whole thing the “Danville Boyle Development Corporation.”

Talente, whose firm has been retained for about $83,000 to produce a strategic economic development plan, was quick to note that his blueprint is a starting point and it’s up to EDP leaders to decide if they want to follow it or not.

The plan also calls for implementing a wide variety of economic development strategies, but Talente said Thursday night if he were in charge, he would tackle the reorganization first and foremost.

Here are some of the initial conversations that occurred after Talente revealed his plan:

Talente’s plan would seem to sever a lot of the interdependencies between current EDP members, by removing the Chamber of Commerce, Convention and Visitors Bureau, Heart of Danville and Main Street Perryville from the group and allowing those entities to stand on their own.

At an EDP board meeting Thursday morning, community member Mary Beth Touchstone asked Talente what he thought of previous and current efforts to share staff between partner agencies in order to make things more efficient.

“I’ve been kind of operating on the outside of the EDP for a number of years and watching changes that have been going on and one of the things that I’ve seen an effort toward is gaining efficiencies — using a slice of this person or a slice of that person,” Touchstone said. “What is your thought on the kinds of efficiencies that have been tried in the past? Did it just not work? Or should it be something that we attempt to continue with?”

Talente said he thinks sharing resources can be extremely useful and it would make sense to continue sharing where it makes sense.

“Where I think that the challenge came is … that shared services and the slice of the person, it still wasn’t enough to accomplish what needed to be done,” he said. “… I guess a quarter is better than none, but on the flip-side of the coin is when I’m expected to deliver this by the end of the day and I can’t do it because I don’t have the bandwidth, it’s still seen as a failure.”

Talente said the EDP “has done an admirable job of trying to patchwork things to make it successful.”

“We haven’t really done a great job of articulating (that) what you’re giving us, what we have, isn’t enough to do what we want to do,” he said. 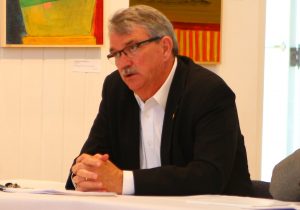 Boyle County Judge-Executive Harold McKinney said the county is already facing a lot of expenses, as well as uncertainty in what it might be mandated to fund following an expected special session of the legislature this fall. As a result, adding funding for economic development, especially at the level of entirely new staff positions, is going to be a tough sell, he said.

“It’s hard to triple the employees in an organization when you’re dealing in that set of circumstances. I’m not saying anything you said is bad or wrong, but it doesn’t put any new ambulances on the road; it doesn’t build any new jail beds; it doesn’t buy me any new dump trucks,” he said.

Talente said the funding issue comes down to a question of “how serious are you about economic development?”

“… You as a community need to decide how important is economic development. I will leave you with this one thought, though: economic development is the only investment that the public sector will make that will create a return. You can put all the ambulances on the road, you can have all the jail beds that you want; that is not going to create additional revenue for the community.” 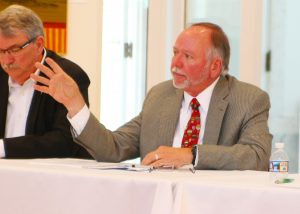 Danville City Manager Ron Scott said it is important to have “community development” in order to maintain a good quality of life. Such underlying structure is necessary to have in place before economic development can take place, he said.

“Even if you’re doing a great job of community development — which this community is … that doesn’t change the need to continue to be investing and competitive in the economic development (side),” Talente responded.

According to Talente, Marion County has had a large amount of success in attracting businesses because it focused on economic development and benefitted from Boyle County’s nearby community development efforts.

“You have in a way created your own competition in that regard,” he said. “… If I can locate in Marion and take advantage of all the assets that Boyle County has as well, great — now I’m getting the best of both worlds.”

Tom Poland, a member of the EDP board, voiced support for Talente’s plan after hearing it presented. He made a motion at Thursday’s EDP board meeting to “pursue this strategic economic development plan and move forward.”

“There are a lot of details on all of this (to work out), but I think this board needs to make a decision on this right now,” he said.

Scott seconded Poland’s motion so that it could be further discussed, but said he was concerned it wasn’t the right time to take action.

“I think it’s premature to make that motion because we don’t have the full plan in front of us,” he said.

Poland said he would like to see the EDP express support for pursuing the strategic economic development plan in some way and asked for a discussion of how his motion could be reworded.

During the discussion, Talente said while he appreciates Poland’s “vote of confidence,” he thinks it would be best to wait on formal approval of anything.

“I would feel more comfortable (if you) table this motion and bring it back up in May and resolve it then, because you’re going to have something in your hands to react to,” he said.

Talente said he will return at the end of May with a final document that could be approved, at which point the EDP could review and critique anything that’s not quite right.

“I think you are doing exactly what needs to be done. Hopefully a month from today, when this is all over, this is what you guys do is adopt the plan. You say, ‘we have the plan, we are adopting it and we’re going to take the recommendations that this wack-a-doodle came up with and we’re going to make them ours,” he said. “I just have a concern that if there’s something in the plan … one wording or one recommendation that ends up being funky to somebody in their eyes, it could undermine (the plan).

“I’d rather see it all, personally,” he continued. “This community has come a long way in a short amount of time, and I know this is like a fire hose of water and you’re trying to drink, so I’d rather everybody get their eyes on it first.”

EDP Chairman Ben Nelson asked if Poland would like to table his motion.

“Let’s not table it — I will withdraw it because it was so poorly worded,” Poland said to a round of laughter. 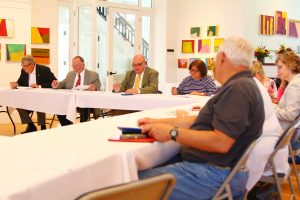 Battle of her life: Danville woman takes on breast…