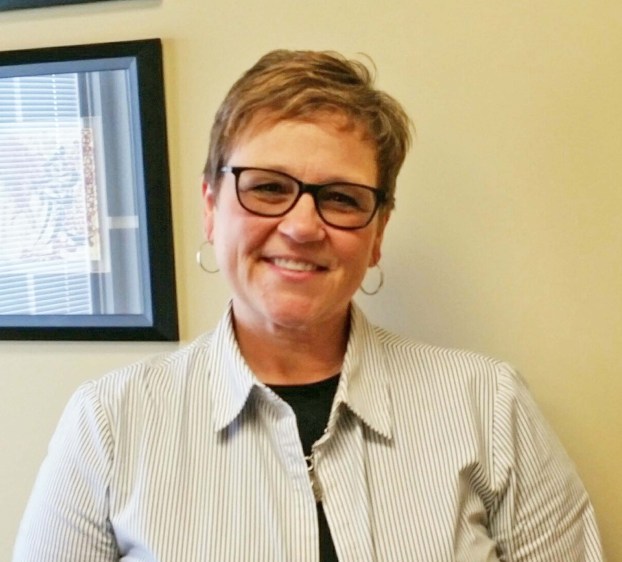 Kendra Peek/kendra.peek@amnews.com Debbie Lucas, who has served as the headmaster for the Danville Christian Academy for six years, is retiring at the end of June.

A staple of the Danville Christian Academy, Headmaster Debbie Lucas will be retiring in June, marking six years at the school and over 30 years in education, about 20 of those in Christian school administration.

“I leave in love,” said Lucas on Monday, in her office at the school. “It will always have a part of my heart.”

Lucas started in the classroom, spending about 13 years teaching; before she took over as the headmaster for the Christian Academy of Lawrenceburg. She later became the assistant headmaster and middle and high school principal at the Frankfort Christian Academy.

When she left Frankfort Christian Academy, Lucas said it was planned to be her retirement. But God had other plans.

Lucas had met one of the DCA board members through her work at Frankfort Christian Academy, and when that member learned of her departure, they began calling her every few weeks to see if she would be interested in applying; and “God began pulling on me.”

“It was one of those God things,” she said. “It’s something you don’t go looking for and God keeps pulling you and pulling you and drawing you. Who am I to question what he needs me to do?”

And in June 2011, she started at Danville Christian Academy, where she has invested six years as the headmaster, a role she describes as being a “superintendent-principal combination,” that is “all-encompassing.”

She works with an assistant headmaster, too, someone Lucas said has been “wonderful.”

“It’s been a full-out investment for six years. I do not regret it one bit. I treasure each year,” Lucas said. “It’s been really awesome to see God work in the lives of the kids, and how he grows them in every way.”

Most recently, Lucas returned from a trip to Panama with senior class members, an international mission project that was started her first year.

“That was something I had always dreamed of, starting an international mission program, and our board has been very supportive of that,” she said.

The first five years, students went to Honduras, but due to some unrest in the country the school opted to go to Panama this year, for the “safety of students.”

“It’s been a real blessing to see how God has used that to grow kids — even in that eight days that we’re gone, just to see kids use gifts that they maybe didn’t even know that they had,” Lucas said. “To see them with people who have never heard of God, it’s been, really, a blessing.”

She said she was sure the board was surprised when she made the announcement to them of her intention to retire.

“I think they had no clue,” Lucas said, explaining that she knew it was God’s timing for her to leave.

“I’ve always asked God to help me to be sensitive to his leading,” she said. “When I first took this position, I asked God to give me the discernment to not stay a day longer than he wants me to stay and not leave a day earlier.”

And that time is coming, Lucas said. But she firmly believes that, as God is calling her away, he’s “preparing someone else to fill this position.”

The board has notified families that they have begun the search, she said.

After the announcement was made, Lucas said she was out front meeting students as they came in one morning, and a junior student came up to her.

“He said, ‘Ms. Lucas can I talk to you for a minute?’ I said sure, thinking there was some problem … He bent down, until he was face-to-face with me, so he had to bend way down and said ‘Couldn’t you have waited one more year?’ He made me cry.”

She gave him a hug, she said, tearing up at the memory, calling it one of the most memorable moments since making the announcement of her plans.

“It touched my heart. We have the best students; an awesome bunch of kids.”

For Lucas, retirement plans include spending more time with her family, including her husband Tim, their two grown daughters, and her five grandchildren, “unless God calls me back to the work world.”

“It’s very exciting. I’m not moving from this job to another position — I can’t tell you what God’s got planned down the road,” she said. “I hadn’t expected — I wasn’t looking for a job when I got this position.”

She cites Proverbs 16:9, which states, “A person plans his course, but the Lord directs his path.”

“God has always directed my path and I have no doubt that is how he will continue.”

Speaking about her husband, Lucas said she “truly would not have done this if he had not been supportive.”

“I could not have,” she said. They were living in Anderson County when she took the job and moved after her first year to Boyle County. They now live in Garrard County, about 15 minutes from the school.

“We don’t plan on moving, we’re not leaving the area, we’re settled here,” she said.

Lucas said they are involved in their church, Wellington Church, in Jessamine County. Retirement will also give her more time to serve at her church.

Lucas said she “wouldn’t trade these past six years for anything,” calling them the “most challenging” and “most rewarding” job of her career.

It’s important to note that she’s leaving “in love.”

“I love this school. This school will always have a part of my heart,” she said. “I plan on staying involved, come back for chapels, read in classes to kids … the goal is to stay involved and help as I can in small ways.”

“It’s not my desire to walk away and never return.”

She hopes to help the school continue to grow.

Getting a little emotional, Lucas said her favorite part of being at the school has been “definitely the kids.”

“Just building a relationship with the kids. I can tell you, they’ve had as much or more impact on me as I’ve had on them,” she said.

“I figure if it was easy to walk away, that would mean there was a problem. It’s not.”

She believes that God has a plan.

“His plans often make no sense to us at the moment … We never see his plan until it has unfolded. We just have to be willing servants to be used,” Lucas said. “That’s what I have always tried to do.”

Lucas also hopes the greater community will “give Danville Christian Academy a try.” 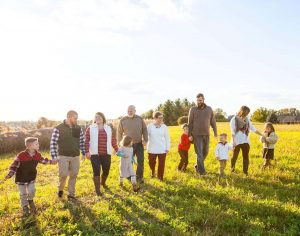 Photo submitted
Debbie Lucas with her family, including her husband Tim, their two daughters and sons-in-law, and five grandchildren. 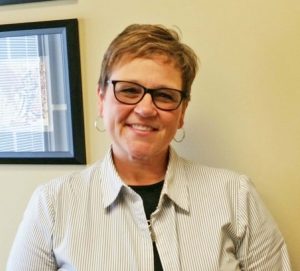 Kendra Peek/kendra.peek@amnews.com
Debbie Lucas, who has served as the headmaster for the Danville Christian Academy for six years, is retiring at the end of June.

The Boyle County Sheriff’s Office is seeking any information regarding Civil War-era firearms and memorabilia that was stolen from a... read more