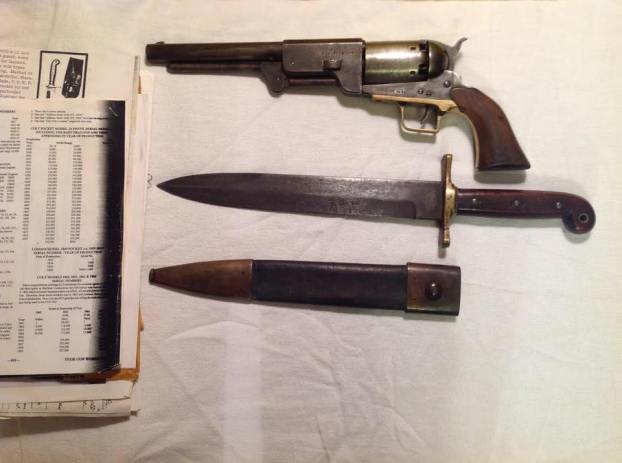 Photos courtesy of the Boyle County Sheriff's Department showing some of the collection from which the items were stolen.

The Boyle County Sheriff’s Office is seeking any information regarding Civil War-era firearms and memorabilia that was stolen from a Perryville residence over the course of four or five months.

“The Civil War is a huge part of Perryville. You may be able to put a dollar value on (the stolen items), but it’s priceless,” said Sheriff Derek Robbins on Monday, guessing the amount would be in the thousands. “It’s pretty important to the history of Perryville.”

Robbins said his department is offering a reward to anyone with information that leads to the arrest and prosecution of those responsible.

Robbins said that the property was located on Buell Street in Perryville and the absence of the items was noticed on Saturday night. The homeowners, he said, do not live there all the time and the thefts occurred over a four- to five-month period.

Initially, it appeared to be a break-in.

“It appears someone that had access over a period of time — not the owner, but someone. There was evidence on the scene that made it appear that the forced entry was staged,” Robbins said.

It’s difficult to list the items stolen, he said, because it’s “a lot.”

Those involved could face charges of burglary or theft and receiving stolen property.

Anyone with information is encouraged to contact the Boyle County Sheriff’s Office at (859) 238-1123, or their local law enforcement office. 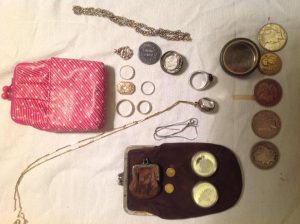 Photos courtesy of the Boyle County Sheriff’s Department showing some of the collection from which the items were stolen.

Photos by Kendra Peek/kendra.peek@amnews.com About 200 people turned out for the first B.C.D. 3v3 event at Centre College. The event... read more