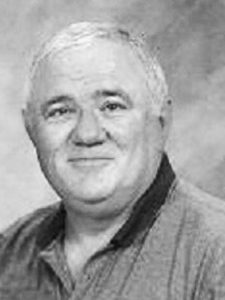 He attended Southland Christian Church. He served 3 years in the U.S. Army and was retired from Tinker Airforce Base where he worked for 35 years. He was preceded in death by his brothers, Donald Richard Hawkins, and David William Hawkins.

The funeral service will be held at 1 p.m. on Monday, May 1, 2017, at Stith Funeral Home in Danville. Visitation will be at 11 a.m. to 1 p.m. prior to the service. Interment will be at Danville Memorial Gardens. Military honors will be performed by the American Legion, Saufley Post #18. Memorial donations are suggested to Wounded Warriors Project. An online guestbook is available at www.stithfuneralhome.net.