Hazelwood hits the mark for Titans 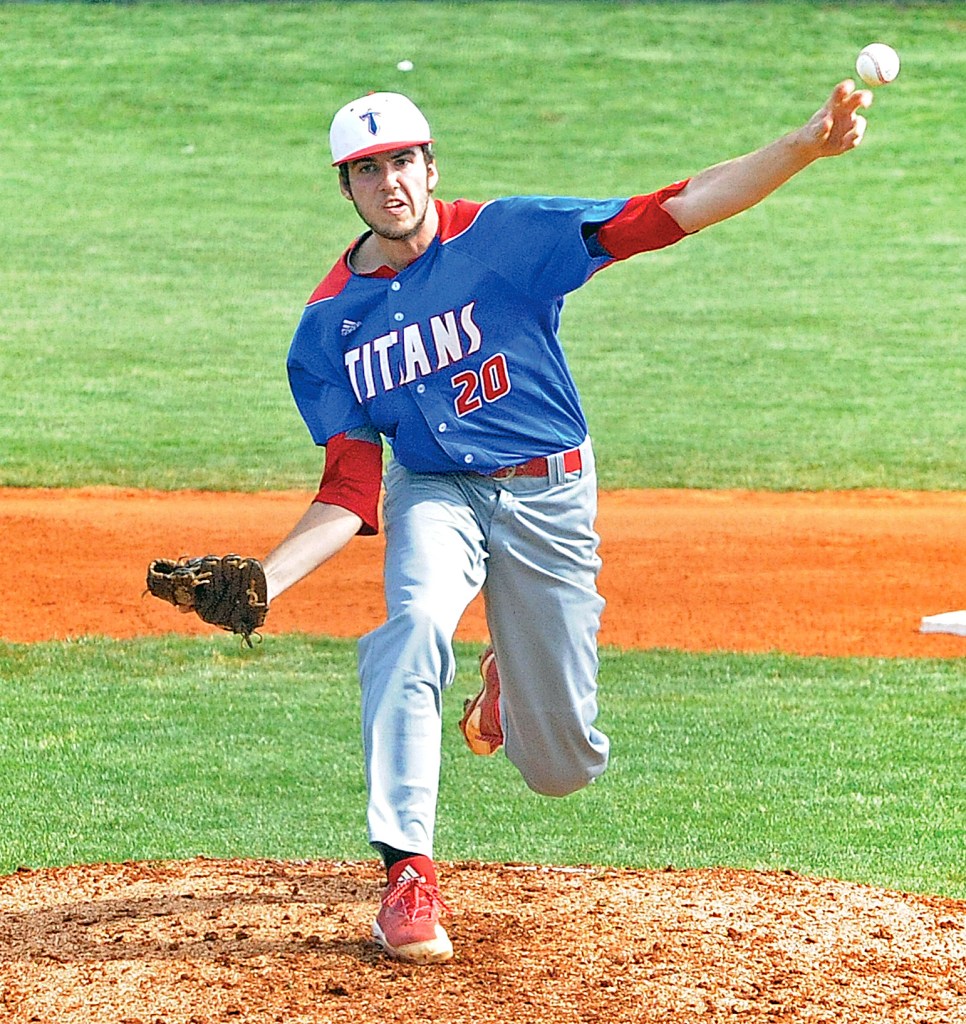 Matt Overing/matthew.overing@amnews.com Calling his development a "work in progress," Mercer County senior Mason Hazelwood has developed into one of the state's best pitchers.

The velocity wasn’t always there for Mason Hazelwood, but his dad told him not to worry about it. Concentrate on location and the speed will come, Anthony told his son.

Now in his senior year at Mercer County, the speed is coming around for Hazelwood — Mercer coach Adam Shartzer says Hazelwood routinely gets in the range of 84-87 miles per hour and tops out around 90 — and when you add in his ability to hit spots, he’s one of the best pitchers in the entire state.

“I’ve been about the same height since freshman, sophomore year, but this year I’m finally figuring it out with how my body works and figuring out what I can do and what I can’t, how hard to push myself,” Hazelwood said. “Freshman year, I wasn’t throwing but 74, 75 (mph). Dad always told me control is more important that speed. Basically, all my childhood I didn’t worry about throwing as hard as I could, I would go up there and hit a spot and strike a kid out. Now that I have the speed with it, I have the best of both worlds.”

Oh, and being a 6-foot-5 left hander certainly doesn’t hurt, either.

But with that type of height, doesn’t playing basketball make more sense? For a while, it did, but Hazelwood took evaluation of his talents early on and knew he could make a bigger mark on the diamonds rather than the hardwood.

“When I was younger I used to play basketball, but I figured out real quick I could be average being 6-5,” Hazelwood said, “but playing baseball, being left handed and 6-5 makes all the difference.”

Coming into his senior year, Shartzer feels like Hazelwood has “fine tuned his mechanics,” giving him even more advantage over the batters he faces. And it shows in his stats, where he’s struck out 54 batters in 42 2/3 innings with a 0.820 ERA.

“He’s worked on his delivery, his windup. He’s doing a great job of passing on knowledge to the younger kids,” Shartzer said. “It’s obviously good to have some pieces to work with. Not only can he pitch, but he’s hitting the baseball and playing defense, he can do anything you ask him to do.”

For his career on the mound, Hazelwood has 187 strikeouts against 86 walks with a 1.72 ERA, and hitters are getting hits in less than two of every 10 times he’s faced.

But Shartzer feels this isn’t the best Hazelwood can be.

“The best is yet to come,” Shartzer said. “He’s throwing well, he’s doing a great job. They sky’s the limit for him. Hopefully he’s one who will see his name in the June draft at some point in his career.”

That’s what the University of Kentucky is banking on, too. The Wildcats signed Hazelwood to a scholarship, and they’ve told him there will be no redshirt year. They’ve “guaranteed” Hazelwood a roster spot, according to him.

“I’ve was overjoyed to finally commit to UK,” he said. “Ever since I was a kid, I wanted to play at UK, just like every other kid does. It was a childhood moment come true when I finally got to sign. … It’s still hard to believe after all these years of watching them play that next year, that’s going to be me. It’s still kind of hard to take in.”

First things first, though, the Titans (10-11) have their sights set on bigger things this season. In matchups with the six teams ahead of them in the 12th Region standings, they’re 5-3. When taking out two losses to West Jessamine — more on the Colts in a minute — Mercer has beaten Boyle County, Southwestern, Rockcastle County, Somerset and Danville 48-20, which includes a 7-2 loss the first time they faced Rockcastle.

But then there’s the Colts, who have won two-straight region tournament titles. Hazelwood knows that’s one hurdle the Titans simply need to clear.

“We’ve played the top four teams in our region and mercy ruled three of them,” he said. “It’s crazy. The confidence we’ve had going into those games, it’s insane. But then against West Jess, we know they’ve beaten us the last few years, it makes everybody nervous. We always have a little bit of a struggle with them.

“We’ve just got to play loose. We play tight against them. We don’t want to mess up and we end up messing up.”

But if there’s one group to do it, he feels its this one, saying this is the closest team he’s ever been on.

“I feel like if we go out and play as a team and not individuals, we can do anything,” Hazelwood said. “We’ve all been playing together since we’ve been real young. If we can put it all together, we can go pretty far this year.”

No matter what happens the rest of this season, Hazelwood has already established himself as one of the best players to ever come out of the school. For Shartzer, it has as much to do with personality and willingness to lead as it does with strikeouts and ERA.

Once again, it seems as if Hazelwood will hit his mark. 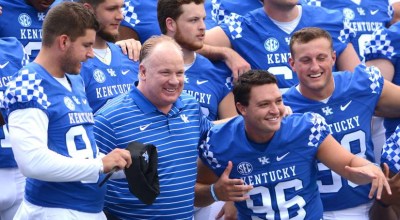 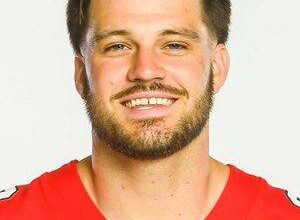 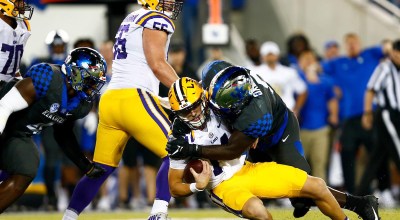 Slimmer Oxendine hopes to be leader of UK defense