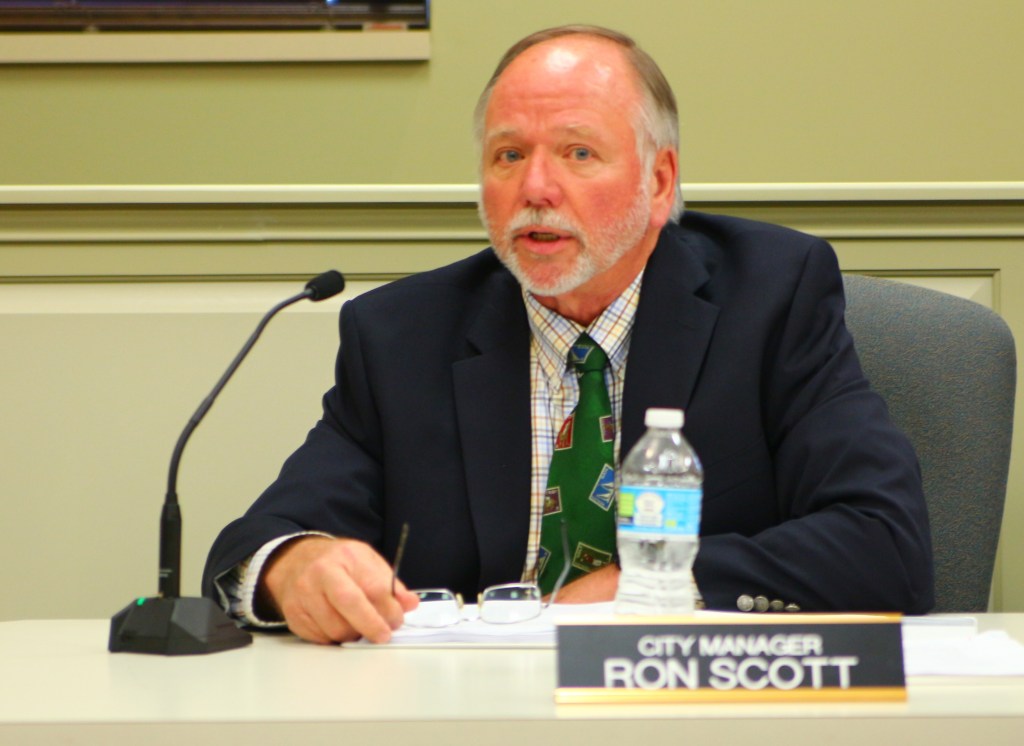 Increases to payroll and net profits taxes in Danville would fund more than $1.5 million in new spending in the coming fiscal year, under a proposed budget presented by City Manager Ron Scott Thursday night.

Scott’s budget, which commissioners are now in the process of reviewing, would up the city’s payroll tax from 1.5 percent to 2 percent and increase the city’s net profits tax from 1.25 percent to 1.75 percent. Those increases would generate an estimated $1.9 million in additional revenue.

Right now, someone working in Danville full time for $10 an hour pays about $312 in payroll taxes annually. That same worker would pay about $416 under the increased rate — an additional $104 annually.

Scott listed $1.5 million in new spending that the tax increases would fund:

• $484,250 in matching funds required for two streetscape grants the city is using to renovate sidewalk spaces along Main Street;

• $200,000 to replace the Second Street bridge over Clarks Run, which is not rated to support the weight of the city’s fire trucks;

• $100,000 in additional street paving funds to counteract the loss of state funding;

• $95,000 for demolishing condemned and unsafe buildings;

• $90,000 in additional funding for the Economic Development Partnership;

• $80,000 to hire a qualified preservation employee and pay for benefits and equipment, in order to maintain the city’s Certified Local Government status;

• $50,000 already promised to the Bluegrass Community and Technical College Danville campus as matching funds for a grant to build a new advanced manufacturing center;

• $25,000 in additional funding for Parks and Recreation, for additional resurfacing at Millennium Park;

• $12,500 for the city’s portion of the expense to keep Planning and Zoning open five days a week; and

• $10,000 for a roof replacement at the Danville-Boyle County Airport.

“I think Danville is a different than a lot of smaller cities in that we provide a lot of services more similar to much larger communities,” Scott said as he wrapped up his initial presentation to commissioners, which lasted close to an hour before a question-and-answer session. “We’re changing, we have changing needs. We’ve got to recognize those and prepare for those, and respectfully, I think this is the best way to go about trying to meet those needs on behalf of this city and its citizens.”

Scott’s proposed budget would maintain the current $145,000 annual contribution the city makes to the Danville-Boyle County Economic Development Partnership. And it would add $90,000 to help fund the new economic development actions proposed in the nearly complete strategic economic development plan that’s been in the works for about half a year.

Based on that plan, the EDP recently released a list of new economic development actions that would cost about $170,000 to implement, including hiring a chief operating officer, expanding the EDP’s marketing budget and hosting an annual regional job fair.

“We need, in my opinion, to fund a large portion of that beginning budget,” Scott said. “We need to plan to allocate it — but we need to have the expectation that those agreements on what we are going to be doing under the new plan are reached (quickly) so that we are not simply funding the same things that we have been funding in the past.”

Scott said he recommends covering around half the cost of the total proposed increase and allow other members of the EDP, including the Boyle County Fiscal Court and the Boyle County Industrial Foundation, to pay “their fair share in this effort.”

Scott said the budget proposes allocating the $90,000 specifically to the hiring of a chief operating officer and expanded marketing and advertising.

“Those are the two major functions that I see would be what is essential to begin with,” he said. “… There are many other good projects in that budget, but those additional services to be provided, in my view, will need to be met through the additional funding the other partners can and should provide.”

“It is hoped that by our example, the public and private entities will contribute fairly in order to meet the requested expansion budget,” he said.

Scott said Danville is now in a position where it must hire a new person with specific qualifications to work on historic preservation efforts, or else it could lose its status as a Certified Local Government.

“Part of that requirement is that we hire appropriately qualified employees … we are behind schedule on doing that,” Scott said. “That was fulfilled in prior years due to the exceptional qualifications … of (former Heart of Danville Director) Bethany Rogers. So to meet the terms of the agreement, we need to hire a qualified staff that will work with the Heart of Danville Executive Director (Nick Wade) in their promotion of business interests downtown. We have to fulfill the other side of that ledger in terms of promoting historic preservation.”

Wade, who took over as executive director in February, did not take on the preservationist duties that Rogers had because he doesn’t have the same qualifications. Wade said at the time that others with the Architectural Heritage Board would be handling those duties for the city instead.

City Commissioner Denise Terry asked about the CLG preservationist duties at a Danville City Commission meeting in February on the day Wade was named director. Terry wanted to know if the hiring of Wade would change the city’s role concerning CLG status.

“The executive director (of Heart of Danville) is required to meet the qualifications of the Heritage Council in terms of the performance of … interior standards for maintaining historic property and those are spelled out in terms of the professional qualifications and the Heritage Council has advised us of what those requirements are,” Scott told Terry at the February meeting.

“Yes, those qualifications were affirmed by the Heritage Council prior to me getting that position,” Wade said.

On Thursday, Terry asked Scott about the proposal to add $80,000 for a preservationist position.

“We were a Certified Local Government prior to Dr. Rogers?” Terry asked.

“And that was because the director of Heart of Danville has always been certified?” Terry asked.

Scott responded that the responsibility for providing the preservationist “rests with the city.” It may be that “at one time, we provided more services,” he said.

The Heart of Danville has worked “on both sides of the street” to help provide the preservationist requirement in the past, but it’s not an ideal setup, Scott said.

Scott said Code Enforcement Director Bridgette Lester has now been helping fulfill the CLG requirements, but that’s leading to Lester being “overloaded.” Even then, Lester still doesn’t have the required degree to meet CLG requirements, he added.

“I think it’s time that we” fill the position, Scott said. “And it would also relieve Bridgette from a very time-consuming duty to focus on her other areas.”

Terry asked “what happens if we don’t” hire the new preservationist position.

“We would be in violation of the (CLG) agreement. We would probably forfeit any future grants that might be available,” Scott said.