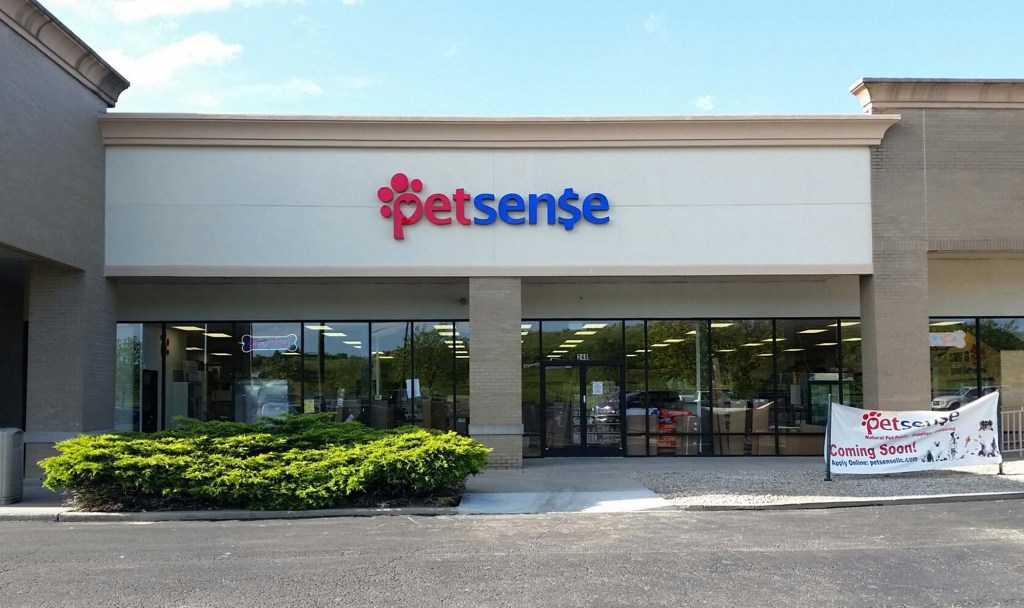 Kendra Peek/kendra.peek@amnews.com The exterior of the new PetSense, located next to the Goodwill, at 248 Skywatch Drive in Danville.

On May 6, community pet owners will have another choice in purchasing supplies — the PetSense at 248 Skywatch Drive in Danville will officially open for business.

Kristel Wall, “Pack Leader” for the store, said they are excited to be opening, which will coincide with the company’s national Adopt-A-Thon.

“PetSense does several nationwide Adopt-A-Thons at their stores every year. May 6 is our spring Adopt-A-Thon. That day, every store invites local shelters and rescue groups to bring their animals out to the store to get adopted,” Wall said.

The Garrard County Animal Shelter and Hoppers Halfway Home will be at the event with adoptable animals. Wall said there was a scheduling conflict with the Danville-Boyle County Humane Society, so they will not be able to participate that day.

There will be a special PetSense adoption pack given to anyone who adopts a pet on May 6.

There will also be a local wildlife rehabilitator, Laura Sullivan, with Rosemary Cooney — a raccoon that was unable to be released due to health reasons — and some other animals to observe.

The store is hosting the Danville’s Cutest Pooch Contest on May 6 only. Voting will be done via the Facebook page at facebook.com/PetsenseDanville. The winner will receive a special PetSense prize pack.

One of the store’s features, Wall said, is that they will have cat adoptions all the time, through their Sav-A-Pet section of the store, built like a little house with kennels in which the cats can stay.

“We will work with local groups to help their animals get adopted,” she said.

They will also accept donations of food and toys to distribute to local shelters and rescue groups.

Nationally, PetSense does two adoption events a year, but Wall said the stores can do more individually.

PetSense was founded in 2005 by Jim Dougherty, who was one of the founders of PetSmart in 1986.

PetSense operates in 24 states across the United States. Wall explained that PetSense stores tend to be located in cities the size of Danville, as there’s one in Somerset, Glasgow and Murray, not like some chains that focus on larger cities.

“There is still a market in small towns for some of the premium brands that we carry,” Wall said.

The store does more than just service dogs and cats, she said, they have food and supplies for “basically any pet you might have.”

“There’s nowhere to go to buy those supplies in a small town,” she said, but said there’s still a need.

The store will also have a full-service grooming salon with two full-time groomers.

She applied for the PetSense manager position when she learned about it, because she’s “passionate about pets.”

“I loved my job at Tractor Supply. It was so hard to make that decision to leave. But I had the support of my district manager there, and store manager there,” Wall said. “PetSense as a company is fantastic to work for. It’s still a very small company.”

Wall said she believed there were less than 200 stores, but that the company had plans to accelerate the opening of new stores through the next few years.

The PetSense grand opening and Adopt-A-Thon is Saturday, beginning at 9 a.m. at 248 Skywatch Drive.

There will be adoptable pets and a cutest pooch contest. 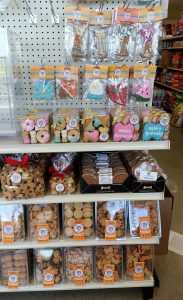 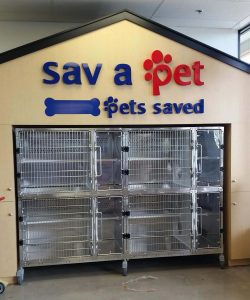 Kendra Peek/kendra.peek@amnews.com
A special section of the new PetSense store, to be the location of adoptable cats.

Brochures to highlight historic properties in Danville and Boyle…