Kentucky Writers’ Day Celebration showcases the power of the word 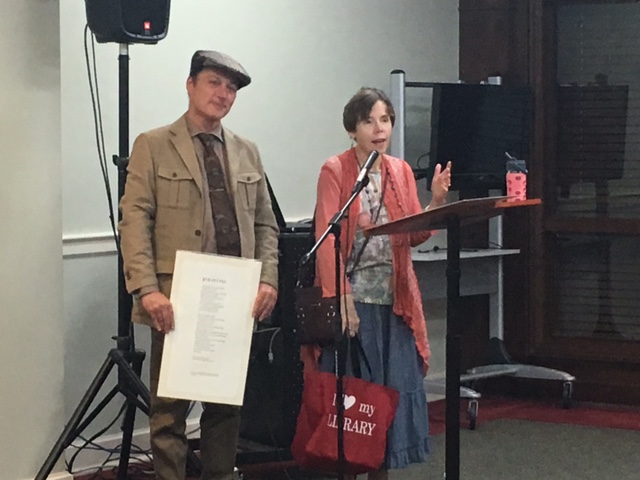 Saturday at Boyle County Public Library, the Kentucky Writers’ Day event sponsored by Penn’s Store continued on with guest authors and poets reading selected works. The daylong event, starting at 10 a.m. and running through 4 p.m., featured writers from all walks of life, including Kentucky’s Poet Laureate, George Ella Lyon. Lyon read from books of her collections, including poems from “Voices from the March on Washington,” which she co-wrote with J. Patrick Lewis about the 1963 March on Washington, through the perspectives of those who took part. She showed the pages within the book, written as “shape poems,” showing one in particular, which was written around the shape of the Lincoln Memorial Reflecting Pool.

“It’s actually a little hard to read,” Lyon said as she held up the page. “You have to read each line as it stops on one side of the pool, and continues on the other.” However, she says this was completely accurate to her. “It reflects the reach by so many — the reach across what divides us.”

Lyon’s poem, “Where I’m From,” is being used as a model by teachers around the world.

“We were shocked when we opened up the project,” she said about requesting students and other participants to send in their own version of “Where I’m From.”

“We weren’t sure we’d get that many to actually publish, but we received 739 poems from 83 counties.” Lyon said one of the very first poems she read that was submitted came from her hometown of Harlan, making her burst into tears. All of the poems will be archived through the University of Kentucky. “These are records of ourselves., and its expanding. I hope to take them all with me to D.C. to the National Mall, to show the diversity of where we come from.”

Lyon just finished up another round of visiting consignment stores and depositing poems in the pockets of clothing that will later be purchased.

“I just think it can lift someone up; to get home and find a poem in the pocket of a pair of pants you just bought. Hopefully it does.”

Lyon works as a freelance writer and teacher, based in Lexington, where she lives with her husband, a writer and musician, Steve Lyon.

The writers’ celebration wrapped up Sunday at Penn’s Store in Gravel Switch, with even more guest readers and musical performances. 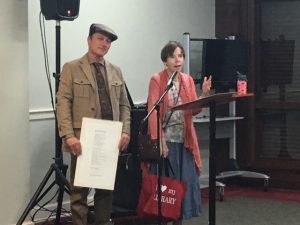 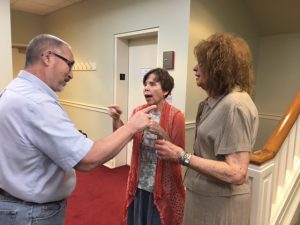 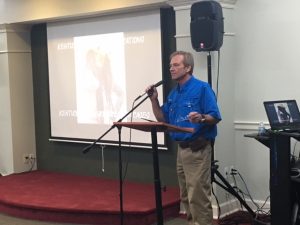