Twice as complicated — twice the entertainment 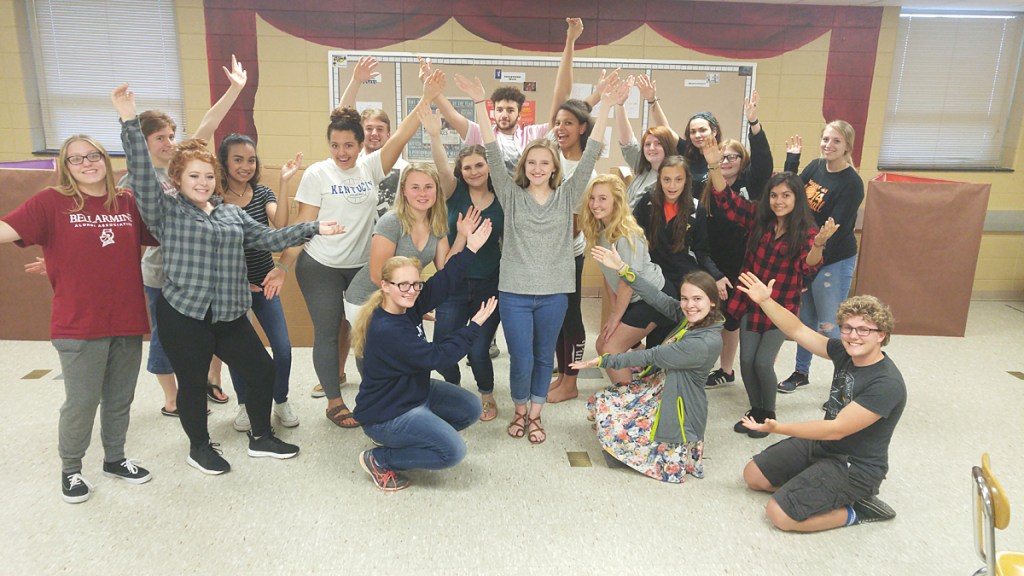 The cast of Legally Blonde

Boyle County High School next’s play production will be offered Thursday and Friday at Ragged Edge Community Theatre in Harrodsburg. Drama instructor Frieda Gebert took a few minutes out to sit down and answer some questions about the upcoming show, “Legally Blonde.”

AM: “Legally Blonde,” as in the movie-turned-Broadway-musical? That’s really cool. Why was this particular production chosen?

FG:  “I saw a production of this musical earlier in the year and was struck by the positive messages it contained. The main character has gone through life accepting all the limitations that other people placed on her until finally she realizes she can be more, she can be whatever she chooses to be. I really appreciate the strong female characters theater and movies have given us these past few years — Merida in ‘Brave,’ Elsa and Anna in ‘Frozen,’ Elphaba in ‘Wicked’ — the list goes on and on. ‘Legally Blonde’ gives us another role model, Elle, a beautiful blonde with a brain and lots of courage.  On a side note, the role of Elle was premiered by Laura Bel Bundy, a Lexington native, so that adds some local pride to the production.”

AM: For those who don’t know, tell us a little about the story.

FG: “The story centers around Elle Woods, a sorority girl from a rich family who has been taught to believe that fashion and matrimony are all she can achieve. It isn’t until her boyfriend, Warner,  dumps her for someone more ‘serious’ that she begins to question those assumptions. Instead of running home, she decides to attend Harvard Law School to show Warner she is more than the ‘dumb blonde’ he assumes she is. She succeeds beyonds her wildest dreams and finds a whole new life and many new friends in the process.”

AM: Tell us about casting for this show, in high school.

FG: “Casting as an educator is a bit different than casting as a regular director. It isn’t just a matter of deciding who is the best singer or actor for each role; I also consider what each role can teach or draw out of the performer. Sometime students get stuck in their own assumptions of what type of character they can play. It’s just like Elle — we all have to reach beyond what is comfortable to find out just how far we can go.”

AM: Any standouts or surprises with actors we should watch for?

FG: “This is a very strong cast and the community will recognize many of the performers through their work at West T. Hill and the Ragged Edge Community theaters. Elle is being played by Canaan Coffman, a professional singer who tours and performs on a regular basis. Ethan Baker, who has done several plays at WTH, plays her boyfriend, Warner. Joshua Bishop plays the real love interest in the story, Emmet Forest, and Lucas Ross, who has also done some good work at WTH, plays the nasty law professor, Callahan. Emma Coomer and Ava  Cullen are also strong actors who bring a great deal of talent to their roles. The audience favorite in the show is usually the role of Paulette, the hairdresser, and our audiences will surely agree. It’s a great role being played by a great performer, Alyssa Wray. Alyssa is currently appearing in ‘The Music Man Jr.’ at WTH and has performed in numerous shows in the area — ‘High School Musical,’ ‘Elf,’ ‘The Giver’ and many more.”

AM: Tell us a little about directing a musical vs. non-musicals.

FG: “Directing musicals is so much more complex than directing ‘straight’ plays. Take a regular play and add singing, dancing and some pretty outlandish plots — that’s a musical! Rehearsals are twice as complicated due to learning notes as well as lines, not to mention choreography. It takes a long time for musicals to mature.” 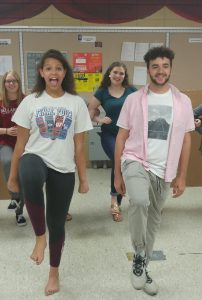 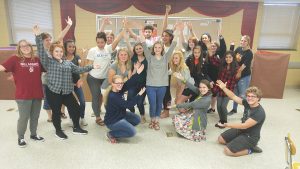 The cast of Legally Blonde 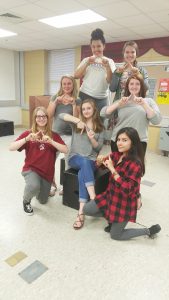 DIY workshop a great way to get a rain…