Danville to discuss donation of depot, tower with Norfolk Southern 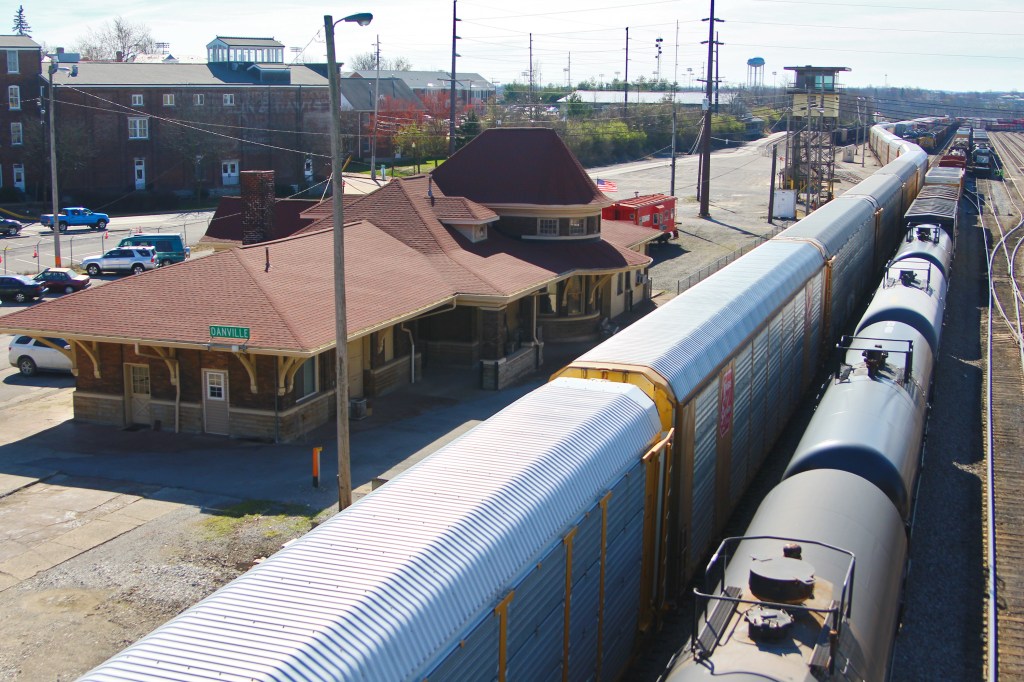 Danville will continue to pursue the donation of the historic train depot and tower in the city’s historic warehouse district, but sending a formal letter to Norfolk Southern will no longer be necessary.

Danville City Manager Ron Scott told city commissioners last week that he spoke with a representative for Norfolk Southern, which owns the depot and tower along its active rail line that runs next to Harding Street and under Perryville Road, earlier in April.

“It was felt in that conversation with that individual that rather than sending additional letters, we just ought to get together and have a conversation regarding the potential for that (donation),” Scott said. “So that will be coming along.”

The Architectural Heritage Board began discussing in March the possibility of turning the train depot in Danville’s historic warehouse district, which is on the National Register of Historic Places, into a museum and café that could attract tourism dollars to the area. At that time, Scott informed the board that the city had already been pursuing the lever tower, located nearby. There had also been prior attempts to obtain the depot building, but those were unsuccessful.

The biggest hurdle to the idea is liability. Because the depot and tower are next to active train tracks, Norfolk Southern may not want to take on the liability of having people so close to the tracks, officials have said.

Scott has said he believes it would be possible to work out a plan where the city indemnifies Norfolk Southern from liability.

In mid-April, the AHB approved a draft letter to Norfolk Southern asking if it would be interested in donating the depot and tower and passed the letter on for approval by the city commission.