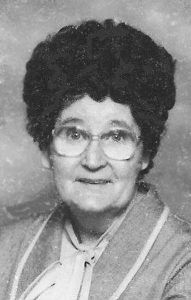 Elsie was previously employed by Cowden Manufacturing as a press operator. She was a member of Mitchellsburg Church of God and her passions were her grandchildren, gardening and tending to her flower beds.

In addition to her parents and husband, she was preceded in death by a son, Stewart Lee Wofford, and a brother, Jack Holt.

The funeral service will be at 11 a.m., Thursday, May 4, at Walden Funeral Home Perryville with burial to follow in Parksville Cemetery. Visitation will be Wednesday from 5 – 8 p.m. at the funeral home.