Ford Brothers have offices in Somerset, Mt. Vernon, London and Richmond and have been successfully holding auctions for over 50 years.  The principal owners of Ford Brothers are: Sam Ford, Danny Ford, Devin Ford and Matt Ford.  Last year Ford Brothers held over 290 auctions. 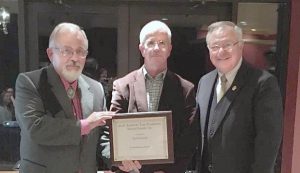 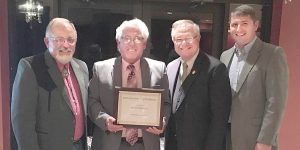 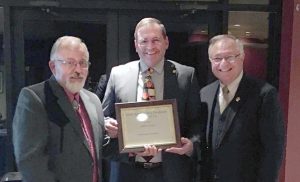 Ephraim McDowell Regional Medical Center nurse recognized for extraordinary service
Ephraim McDowell Regional Medical Center (EMRMC) is pleased to recognize and honor one of its nurses for her extraordinary patient care.  Andrea Reid, R.N., a nurse in the Medical/Surgical Unit, was one of many nurses nominated for the DAISY Award. A resident of Marion County, Andrea has been caring for patients at EMRMC for nearly two years. 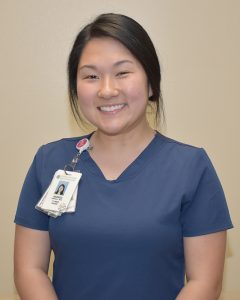 She was nominated by a patient who said, “Andrea was a very caring nurse. She discovered one of my antibiotics was not sensitive to the bacterial infection I had. She consulted with the pharmacy and the doctor and had the drug changed. She also was concerned about the dose of insulin I was receiving and monitored my glucose closely and did extra checks on me. One of the best things she did was to arrange my drug infusion to a schedule that allowed me to get four hours of sleep at night.”
Ephraim McDowell is proud to recognize nurses with the DAISY Award, a national program honoring the compassionate care and clinical excellence that nurses bring to their patients every day.  Nomination forms for the DAISY Award are available at various locations throughout EMRMC and Ephraim McDowell Fort Logan Hospital.
Jessica Payton promoted to program administrator in classification branch
FRANKFORT – Kentucky Department of Corrections Director of Population Management Kieryn Fannin has announced that Jessica Payton has been promoted to program administrator for the Classification Branch. Payton’s promotion was effective April 16. 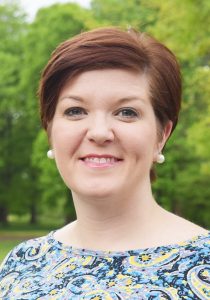 “Jessica Payton is a valuable asset to the department and will be a great addition to our team,” said Fannin. “I am confident that she will excel in her new role as program administrator.”
Payton started her career in 2012 as a correctional officer at Marion Adjustment Center (MAC) and was promoted to case manager. While at MAC, Payton served on the Special Operations Response Team. In 2013, after the closure of MAC, Payton began her career with the Department of Corrections as a correctional officer at Northpoint Training Center (NTC). She promoted to classification treatment officer at NTC and most recently served as the institutional transfer coordinator.
During her career, Payton has received multiple awards and graduated from the Northpoint Future Leaders Program in 2014. She is also a member of the Kentucky Council on Crime and Delinquency.
Payton received her bachelor’s degree in criminal justice administration. She is currently enrolled in the University of Phoenix master’s of psychology program and will graduate later this month.
Davis promoted at Northpoint Training Center
James Davis, of Parksville, was promoted to correctional vocational instructor on April 16 at Northpoint Training Center. Davis began his employment at NTC as a correctional officer in June 2015.
Tamme Valley Farm joins Angus association
Tamme Valley Farm, of Danville, is a new member of the American Angus Association, reports Allen Moczygemba, CEO of the national breed organization headquartered in Saint Joseph, Mo.
The American Angus Association, with more than 25,000 active adult and junior members, is the largest beef breed association in the world. Its computerized records include detailed information on over 18 million registered Angus.
The Association records ancestral information and keeps production records and genomic data on individual animals to develop industry-leading selection tools for its members. The programs and services of the Association and its entities — Angus Genetics Inc., Angus Productions Inc., Certified Angus Beef LLC and the Angus Foundation — help members to advance the beef cattle business by selecting the best animals for their herds and marketing quality genetics for the beef cattle industry and quality beef for consumers.