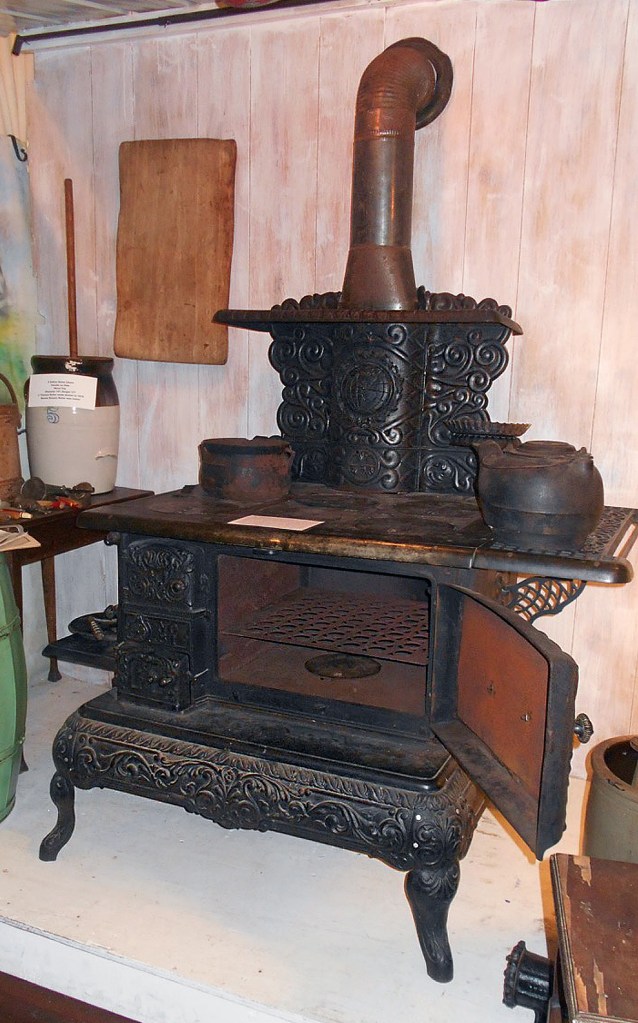 FORKLAND — The Lincoln Museum at Forkland Community Center has acquired a unique iron wood stove that will be on display when the museum opens May 6.

The stove was made in 1898 by the March-Brownback Stove Co. in Pottstown, Pennsylvania, and is larger than most wood cook stoves. It has fancy features similar to wood stoves of the late 1800s-era. The large oven is to the right and fire is contained on the left side.

The iron is engraved in back of the cooking area and around the bottom. The stove is an “Expert Globe No. 81” model.

The stove is a gift of Dr. Sharon Paul, who has purchased a farm in Gravel Switch. The stove was left at her house by its former owners, Susan and Joe Bhutto.

Susan said her father, David Alexander Clement, acquired the stove from its original owner in the 1960s when the family lived in Carlisle, Pennsylvania. He restored it and used it once in a while to make waffles on it with an old-fashioned waffle iron.

He later moved to Virginia and took the stove to his retirement home in North Carolina, where he settled.

Susan got the stove in the mid-1990s when her father brought it to their home in Gravel Switch.

She never used the stove and said it was mostly a dust collector, but “a very handsome one.”

Moving the stove to the Community Center was no easy task.

Scott Thompson rounded up four men to help transport the stove to the center and up the steps into the museum.

A leather saddle also is one of the larger displays at the museum.

Jack Robertson, who grew up in the Gravel Switch area and worked on the King Ranch in Texas, in his younger years, made the leather saddle.

He was a blacksmith and also made jewelry from rocks gathered in the Rolling Fork river.

His grandson, Greg loaned the saddle to the museum.

A large collection of photographs of Forkland first families and hundreds of files pertaining to the families are available for research. Visitors can make copies of files and photographs for 10 cents a copy.

Forkland school photos and Bible records also are in the museum.

People interested in Civil War research will want to check out book shelves of information about the Union Army and recruits.

A book store nearby also has research books about families in the Forkland area that includes sections of Boyle, Casey, Lincoln and Marion counties.

The books, plus T-shirts and hoodies, caps, mugs, wallhangings, potholders and other souvenirs are for sale.