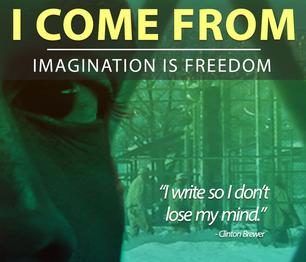 Creativity as a second chance

A new independent film, produced and directed by Robby Henson, will debut on KET Monday night. “I Come From” is a Voices Inside production, which Henson created with assistance from the Kentucky Department of Corrections.

“I’ve not been that surprised that the reaction has been positive,” Henson says of the feedback he’s received after recent screenings. “I think almost everyone sees the benefit of those who have made mistakes working to change their lives, and they appreciate using creativity as a form of a second chance. I believe that myself.”

The documentary focuses on poets and playwrights who use the power of creativity to tell their stories and change the direction of their lives.

The production was the result of Henson’s work as program director for Voices Inside, a theater outreach program teaching writing and performance skills to inmates at Northpoint Training Center in Burgin.

“KET supports Kentucky filmmakers, and I’ve had a number of things shown by them, they’re incredibly supportive,” Henson says.

Yes, the documentary touches on the prisoners’ past lives, Henson says, some of that involving capital crimes. But the film can easily be watched within a family setting, he says.

“There was one swear-word, and they had me cut it out, so I’d say it’s PG13, since it does deal with talk about past mistakes.”

The film includes music by Kentucky native Ben Sollee, a cellist and composer. “I Come From” was selected to be screened as part of the 2016-17 Southern Circuit Film Tour, and was a winner of the audience award at the UPike Film Festival.

KET’s airing of the documentary makes it the statewide debut.

A special pre-KET screening of “I Come From” is offered 7 p.m. Friday at Vahlcamp Theatre in Centre College’s library, sponsored by Trinity Episcopal Church and REv. Amy Meaux. The screening is free.