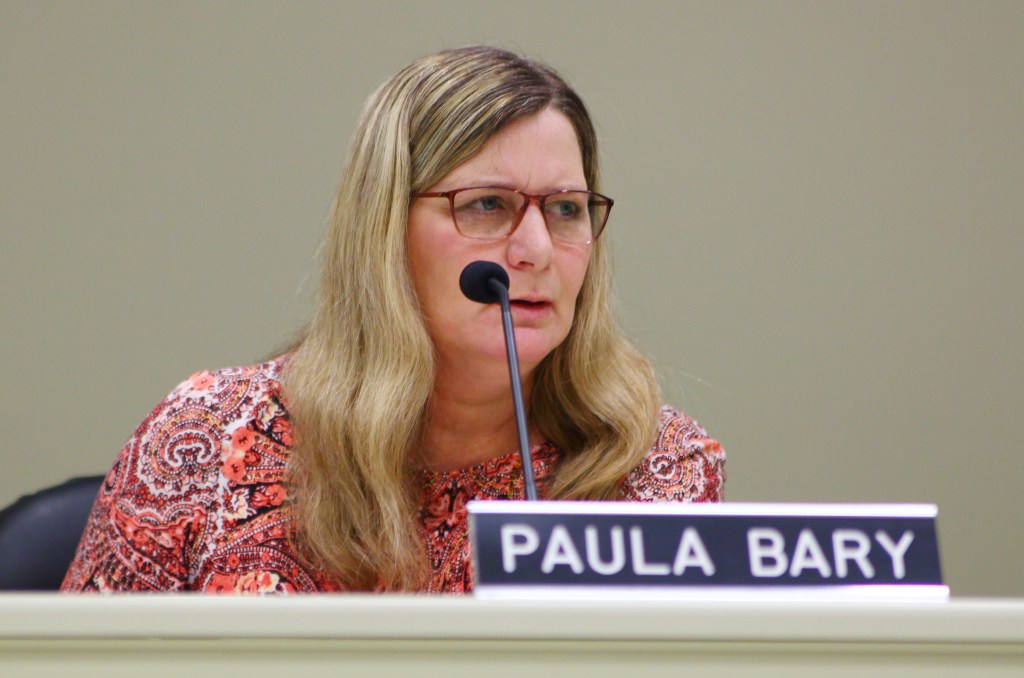 Ben Kleppinger/ben.kleppinger@amnews.com P&Z Director Paula Bary is retiring at the end of July, after more than two decades in the P&Z office. The P&Z Commission voted to hire Bary’s replacement, Steve Hunter, on Wednesday.

The Danville-Boyle County Planning and Zoning Commission has found its next director — a Bowling Green man with experience directing Warren County’s planning commission.

After a lengthy executive session Wednesday morning, the P&Z Commission voted unanimously to hire Steve Hunter as the new director, effective Aug. 1. Current Director Paula Bary is retiring at the end of July after more than two decades in the P&Z office. 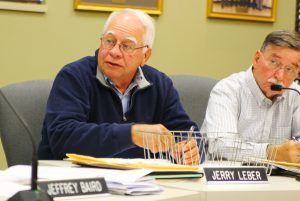 Leber said eight people applied for the director position. The P&Z Personnel Committee interviewed three of those for the job before recommending Hunter.

Hunter is expected to begin training and orientation with Bary on or after July 17, giving him about two weeks to get his feet under him before he officially assumes the title of director.

Bary said while she had been planning to retire on June 30, issues with how the Kentucky Retirement System works made it better for her to retire at the end of July, with July 31 as her last working day and Aug. 1 as her official retirement.

Hunter said Wednesday he was looking forward to working in Boyle County.

“I think it’s going to be fun,” he said. “I’ve got to learn a lot, I’ve got to study a lot — but I’ve been a planning director for a long time … there’s really nothing that happens in the day-to-day that I haven’t really done.”

Hunter said he worked for the City-County Planning Commission of Warren County beginning in the late 1990s. He became director of the commission in 2007, a role he remained in until 2015. Prior to that, he worked for the Barren River Area Development District for nine years, he said.

In 2015, Warren said he had to step down from his full-time position with the planning commission because of needs of his family members in Lexington, Ohio and Tennessee that required his attention. He has been working part-time in the finance office of the Warren County Board of Education for about a year and a half, making regular trips to help his family members. And he’s been looking for opportunities to move where he would be closer to them, he said.

“I saw this job come open and I was like, ‘wow,’” he said. “First of all, Danville is a pretty cool town, and then it’s close to Lexington and I can get to Ohio a little quicker … it was like a perfect storm.”

Hunter said his family issues have now been “resolved, so full-time is back on my plate.”

He said he’s asked the Danville-Boyle P&Z Commission for some “flexibility” in his first 60 days as he finds and moves into a home in the area, and as his wife seeks new employment.

To begin with, he said he plans to meet with local elected leaders and officials and “literally drive every street” in order to get to know Boyle County and Danville.

Hunter, 52 with two adult children, said he went to Western Kentucky University intending to get a job in planning, and that’s exactly what he landed when he began working for the Warren County commission.

His major at WKU was geography, with a minor in economics and a focus on city and regional planning.

“What I love about being a planner is just being a problem-solver, watching communities grow,” he said. “I just love to see cities evolve, I love to travel around the country and you can tell which towns have planning …”

Hunter said he’s never been a “professional planner in a smaller town,” so Danville and Boyle County will be a new experience.

“I think it’s going to be really neat for me to be forced to adapt to what we do in a smaller town environment,” he said. “I think it just sounds like a great opportunity for me.”

Hunter said he’s aware of the ongoing discussions about whether P&Z should be open on Fridays, and he’s fine with whichever way it goes.

“Whatever my bosses tell me to do, I’m going to do.”