Danville can bid ‘streetscape’ project, but must update it first 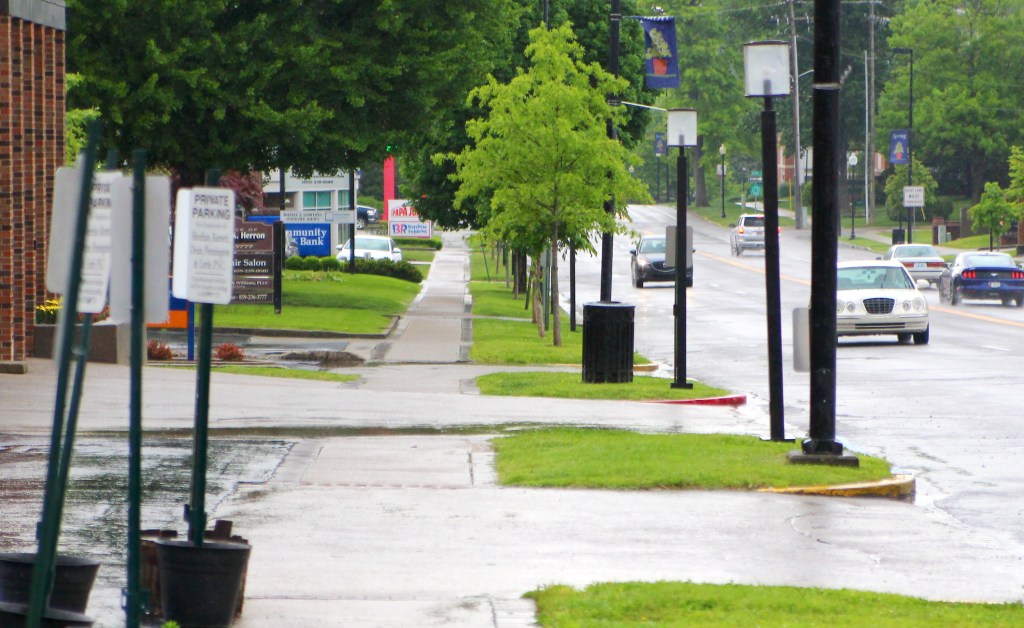 Ben Kleppinger/ben.kleppinger@amnews.com Sidewalks and landscaping between Fourth and Fifth streets along Main Street in Danville would be upgraded through a streetscape project that the city has now been approved to bid out. But before it can do that, it’s paying $10,000 to have the years-old project updated to meet current standards.

Danville has permission to move forward with a “streetscape” project that’s been in the works for years, but it will cost an extra $10,000 to update the plan before it can be bid out.

Danville has had the plan for renovations to Main Street between Fourth and Fifth streets approved and ready to go for two or three years, but the state hadn’t allocated its portion of the funds and given the city the go-ahead to bid the work — until now, City Engineer Earl Coffey said.

“The transportation cabinet in Frankfort has indicated we can (actively seek) permission to bid that work now, which is a big step,” Coffey told city commissioners last week.

“Given the amount of time that has passed since the original contract was executed, it is necessary to revisit the subject wit the Streetscape Committee,” Coffey wrote in a letter that accompanied his verbal report. “Additional consultant expenses will occur as a result of the changes to the front-end documents to meet the requirements of the funding agency and the Transportation Cabinet, including but not limited to the street lighting.”

City commissioners voted to approve paying the company that developed the streetscape plan, QK4, an additional $10,000 for the work.

In a letter summarizing the additional work, QK4 said “supporting documentation … was last completed in early 2015” and it “also completed a partial update of documents in 2016.”

“Since that time, many of the required forms and information within the forms have changed and are in need of update,” the letter reads. “Also included in this proposal is additional coordination with the streetscaping committee to re-engage and advance the project to construction.”

Coffey said QK4 will be presenting the entire streetscape plan again, so that Streetscape Committee members and others will be able to see if any further “minor changes” are needed before the project is bid. $7,500 of the cost is for the additional work updating documents and $2,500 is for “a couple more meetings with their staff down here,” Coffey said.

The two streetscape projects are estimated to cost around $1.6 million total, with $1.15 million coming from grant funds to the city and another $484,250 coming from the city’s funds, according to preliminary budget documents.

P&Z fees stay flat this year, could go up…