Free pro football camp to be held for kids 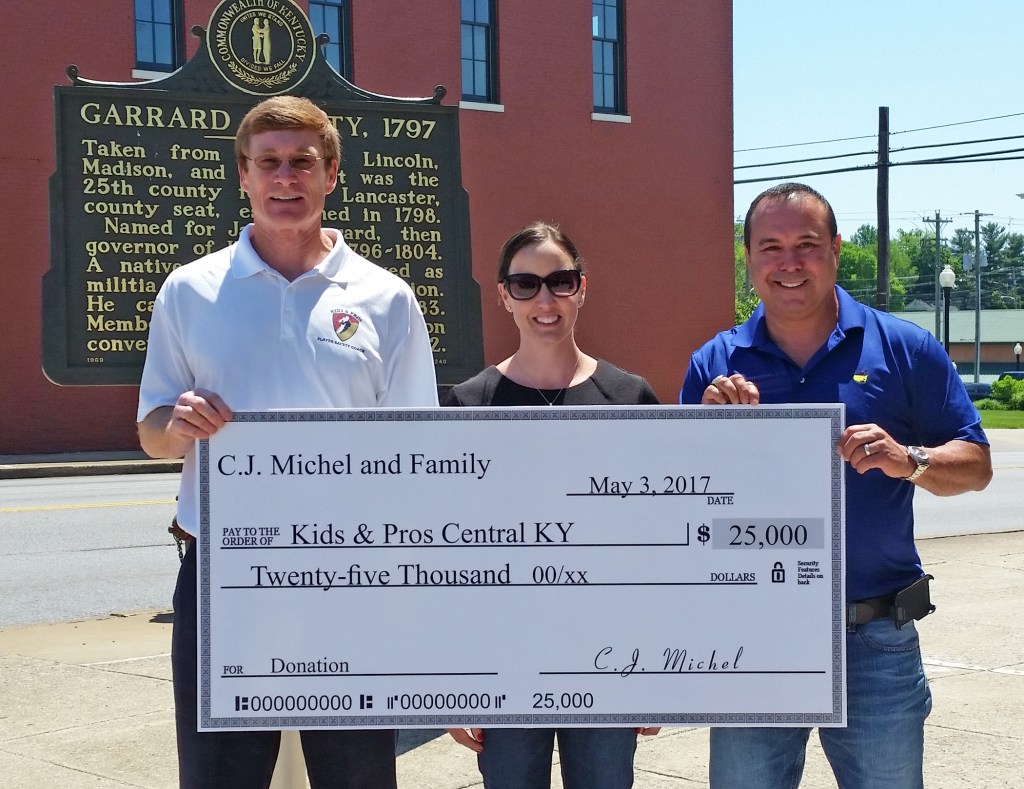 STANFORD — Children ages 7-13 will get a special opportunity, thanks to a $25,000 donation from a Garrard County family to the Kids & Pros organization, which will host a football camp from 6-9 p.m. on June 12-14 at First Southern Veterans Park in Stanford.

“We like to leave a legacy of, ‘Football is fun,’” said Buddy Curry, former Atlanta Falcons inside linebacker, who started the organization in 2002 with fellow player Bobby Butler. “We aren’t training NFL players. We’re training kids — the kids are going out to play a game they love, playing with their friends, playing safer and better.”

The camp is free for children, but registration is required ahead of time at kidsandpros.com. A parent information session will be 6:30-7:30 p.m. on June 12 to cover proper equipment fitting, concussion awareness, and safety issues.

The donation for the camp was given by C.J. Michel and his family, of northern Garrard.

“We’re big proponents of getting kids involved in sports,” said his wife, Jaime Michel, a former athlete in her own right — figure skating. “It’s a great way to teach kids work ethic, not to give up, to be resilient. It keeps kids out of trouble.”

“It’s exciting that a program of this magnitude is coming here. It’s a great opp for kids involved in football around here,” she said.

C.J. Michel, who played football from the time he was six years old until he graduated high school, said he loves the sport.

“I love football, it’s my life. I love Garrard County. We’ve been here seven years and I just like supporting the economy and the kids,” he said. “I love giving back to my community.”

C.J. Michel found out about the opportunity through Garrard County Sheriff Tim Davis, who said he does a lot throughout the region, “more than he’ll let me tell.”

Kids & Pros was started by Curry and Butler in Atlanta, and since then they have hosted over 250 camps and clinics throughout the southeast.

“I started coaching kids when my kids were coming up. We wanted to do something special for the community in the Atlanta area,” Curry said.

They raise funds for the all of the camps, he said, so that kids can attend for free. 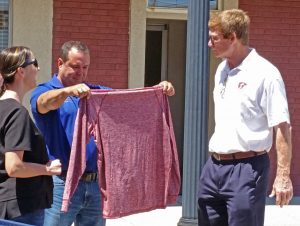 Kendra Peek/kendra.peek@amnews.com
C.J. Michel and his wife Jaime, look at a shirt given to them by Buddy Curry, from the Kids & Pros Football Camp.

“In this area — we are so thrilled. Normally, when you have a rural community like this, the excitement is way off the chain. We’re going to bring NFL players in here .. (the kids) will find out they’re just regular joes, who happen to be talented,” he said. “The community has come around here and provided the funds. I know we’re going to have 150 plus kids.”

During the three-day, no-contact camp, children are taught skills, drills and safety techniques, such as “heads-up” tackling. They also teach life skills and end each day with a motivational speaker. All players will get a free shirt, a group photo, and have a chance for autographs from each of the professional players.

“I’m really excited to have this in central Kentucky,” said Scott Shinn, camp director. Shinn took his son and some friends to the camp in Chattanooga last year, where he met Curry and they began talking about bringing a camp to Kentucky.

“I’m thankful to the Michel family for their contribution,” Shinn said.

Curry said there are five principles to the camps: sportsmanship, integrity, excellence, perseverance and team work. While he hopes to get current players attending the camp, due to the time of year, it will likely only be former players, he said.

To register your child for the Kids & Pros Football Camp, to be held 6-9 p.m. June 12-14 at the First Southern Veterans Park in Stanford, visit http://bit.ly/2pGeU12. Parents will be able to pre-register for the parent information session, to be held 6:30-7:30 p.m. on June 12, via kidsandpros.com.