Grantham University has announced its March local graduates of the university’s online degree and certificate programs. They are:

McCallum Morley and Hannah Brunner were recently named scholarship winners by area Daughters of the American Revolution chapters. They were recognized with a gift of money and a plaque at the February meeting of St. Asaph’s DAR. 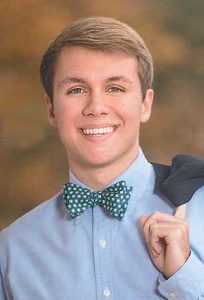 Morley was a 2016 Governor’s Scholar. He is the co-captain of the forensics team and serves as student body president on the student council, and is a member of the National Honor Society. He has been on the state winning cross country team and baseball team for four years. He is also active in the community and has worked as a volunteer with the Great American Brass Band Festival and Salvation Army. He is the son of Yvonne and Joe Morley. 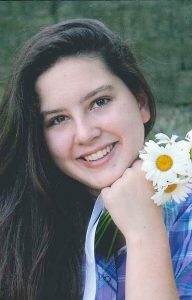 Brunner serves as the student council president and is in the praise band and member of the Book Club and Beta Club. She has won awards in science, Bible, algebra and chemistry. Brunner is on the varsity volleyball and softball teams, and is a volunteer at the Pregnancy Resource Center. She is the daughter of Dr. Mark and Lori Brunner.

Brislyn Saylor recognized in PA ceremony at Cumberlands
Brislyn Saylor of Crab Orchard, was one of 27 students in the Master of Science in Physician Assistant Studies (MSPAS) program at University of the Cumberlands (UC) recognized during a White Coat Ceremony on April 28. The ceremony honored students in the program who successfully completed their pre-clinical learning and will now enter 12 months of clinical studies.