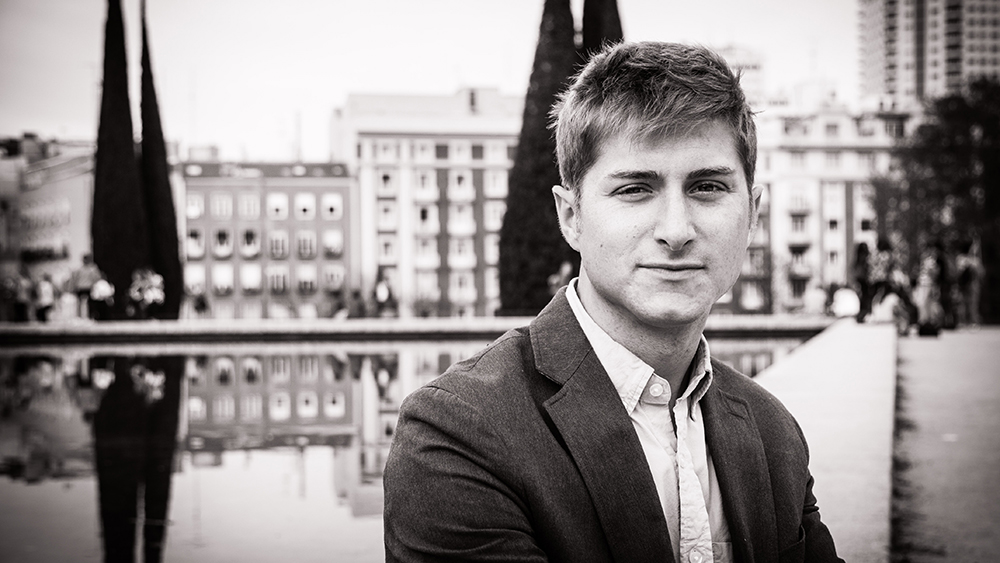 Parker Lawson, a 2015 graduate of Centre College, has won a Gates Cambridge Scholarship, recognized as one of the world’s most competitive postgraduate awards.

According to the Gates Cambridge Trust, “competition for the scholarships is fierce,” with the 90 new scholars selected from some 6,000 applicants and representing 34 nationalities.

“Gates Cambridge Scholars come from all over the world,” said Bill Gates about the new class of recipients, “but they have some important things in common: great leadership potential, a commitment to improving the lives of others and an unparalleled passion for learning.”

Gates added, “We have no doubt they will have an incredible impact on topics of global importance.”

A Spanish and international studies double major from Prospect, Kentucky, Lawson distinguished himself in numerous ways while a student at Centre. He was elected to both Phi Beta Kappa and Omicron Delta Kappa, made the dean’s list throughout his entire career and was named to honor societies in Spanish and political science. Lawson was also a Bonner Scholar at Centre, which requires a minimum 10 hours of community service each week.

He previously received a Fulbright grant in 2015 and taught at a bilingual high school in Madrid, Spain. Since then, he has been completing a master’s degree in modern European history as a Rotary Global Grant Scholarship recipient.

Lawson won’t have far to travel when he begins his Ph.D., since he’s completing his Rotary Scholarship at the University of Cambridge. He’ll also join fellow Centre alumnus Ben Cocanougher, a 2016 Gates Cambridge recipient, whom Lawson credits for assistance throughout the process.

As someone committed to international education, Lawson sees the Gates as providing “the perfect opportunity to learn alongside some of the most talented students in the world.” He added, “I’m confident the experiences that I’ll have in Cambridge will make me a better educator going forward.”

Lawson will pursue his Ph.D. in the Department of Spanish and Portuguese, under the supervision of department chair Brad Epps. His dissertation will combine numerous interests, primarily education and the cultures, languages and histories of Spain. He plans to focus on educational policies and practices in Spain and Catalonia from 1898 to the present during his three-year program, offering a comprehensive analysis of the ways in which education helps to shape national identities.

“Reaching back as far as 1898, the project seeks to demonstrate that contemporary political debates about pedagogical practice are in fact waged within recycled tropes,” Lawson said.

“By stretching my lens of analysis into the present, the project considers contingent factors like migration, which provides the space to examine how immigration from Latin America, Africa and Asia has forced educators and policymakers to conceptualize pedagogical space in light of globalization.”

Lawson’s academic focus began while a Centre student, and he credits several faculty for fostering his interests.

Assistant Professor of History Jonathon Earle, who himself earned a Ph.D. at Cambridge, has seen firsthand Lawson’s strong commitment to research and the exploration of language politics.

“Parker’s research has the potential to help historians and policy makers rethink how language politics shapes nation building and peripheral dissent,” he said.

Earle also sees Lawson as part of a growing and powerful cohort of Centre students capable of performing at the highest international levels.

Associate Professor of Spanish Núria Sabaté echoes this sentiment, particularly from the perspective of Lawson’s participation in Centre’s exchange program with the Universitat de Lleida in Catalonia.

“The Lleida program required a high level of personal independence and ‘real life’ skills,” Sabaté said. “I met with Parker in Lleida during his stay abroad and was amazed by his maturity, talent and remarkable development. He thrived while in Europe and came back with a broadened, enriched mindset that will surely serve him well throughout his life.”

Sabaté also had Lawson as a student in her junior seminar on urban space and development in Ibero-American cities. “Parker was an exemplary student, exhibiting a sincere interest in and appreciation for the subject,” she recalled. “He developed a graduate school-quality project in which he studied the socio-economic and cultural impact of the Guggenheim Museum on Bilbao and its impact on the entire Basque Country.”

Beyond his academic accomplishments, however, Lawson also focused on developing his leadership skills and cultivating his commitment to others, key attributes important to the Gates Cambridge Trust selection committee.

Rick Axtell, Centre’s College chaplain and H.W. Stodghill Jr. and Adele H. Stodghill Professor of Religion, describes Lawson as someone who “approaches his work with a genuinely global vision,” citing volunteer service Lawson undertook in the Dominican Republic and study abroad not just in Spain but also Costa Rica, Panama, Israel and Palestine.

Lawson took two upper-level religion classes with Axtell, on “Religion and Human Rights in a Global Society” and “Studies in Ethics: Poverty and Homelessness.” Based on his coursework, Axtell called Lawson “a superb student who combines an inquiring intellect, a disciplined work ethic, and strong analytical and integrative skills with a passion for ideas, a deep concern for those less fortunate and a genuine global vision.”

In addition to two consecutive Gates Cambridge Scholarship awards, Centre College has produced two-thirds of Kentucky’s Rhodes Scholars over the last half century, and more than fifty Fulbright and twelve Goldwater scholars since 1991.