Steve joins Pioneer with over 38 years of purchasing and sales management experience in the commercial heating and air conditioning industry working with global OEM’s in the Truck, Agricultural and Construction vehicle markets

Lovell states, “For over 45 years, Danville, Boyle, and surrounding counties have supported Pioneer’s efforts to provide meaningful work for our citizens with special needs. In return, Pioneer has served our local businesses and industry as a high quality, on-time, competitive supplier of various goods and services. As a former member of Pioneer’s Board, I am both proud and excited about joining the Pioneer team and focusing my experience and energy in helping to carry on this great relationship that has so well served our local community.”

Northpoint announces employees of the month

Shane Smith of Stanford, was selected as “Employee of the Month” for March. Smith began his employment at NTC in September 2012 as a correctional officer.

Kelly Napier of Brodhead, was selected as “Employee of the Month” for April. Napier began her employment at NTC in May 2007 as a correctional officer. She promoted to correctional sergeant and then to offender information specialist in September 2011. 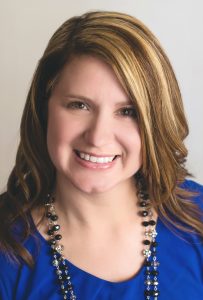 Mrs. Kendrick’s responsibilities include working with local consumers and businesses in Central Kentucky to find solutions to their lending needs, developing new consumer and business relationships with Community Trust, and expanding the relationship with current customers. Her office is located at 462 West Main Street in downtown Danville.

Prior to joining Community Trust Bank as a residential loan officer, Mrs. Kendrick spent 10 years with a bank in Harrodsburg. She graduated from Mercer High School and Eastern Kentucky University, where she earned a bachelor’s degree in business. Mrs. Kendrick resides in Burgin, along with her husband Brian and three children. 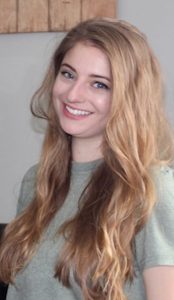 A Danville native, she lives in Lexington.  She may be reached at haley.perros@wildernesstrailky.com or 859-583-3964.

Wilderness Trail Distillery is a family owned and operated distillery located in Danville, KY, a member of the Kentucky Bourbon Trail Craft Tour and 100 percent Kentucky Proud.  The multiple award winning distillery was Manufacturer of the Year in 2016, Kentucky Rum Distillery of the year in 2015 and embarked on a journey to make the best spirits in the world after years of providing other distilleries with support through Ferm Solutions, a leading bioscience company providing innovative products and technical services.

FRANKFORT – Gov. Matt Bevin has been appointed Gregory Alan Yankey, of Salvisa, to the Kentucky Geological Survey Advisory Board. He is an engineer. He shall serve for a term expiring September 1, 2019. The Kentucky Geological Survey Advisory Board is charged with increasing the knowledge and understanding of the mineral, energy, water resources, geologic hazards and geology of Kentucky for the benefit of the Commonwealth and nation. The Board also conducts research, collects data, and serves as the state’s official archive for information on petroleum, coal, minerals, ground water, and topographic and geologic maps.

Edward Jones Ranks No. 1 on the Best Places to Work in Kentucky List

The financial services firm Edward Jones recently was named the No. 1 large-sized company on the Best Places to Work in Kentucky 2017 ranking, according to the local Edward Jones financial advisors.

The Kentucky Chamber of Commerce teamed up with the Best Companies Group of Harrisburg, Pa., to rank the state’s top 100 employers. Companies named Best Places to Work in Kentucky for 2017 were divided into 31 large companies and 29 medium companies and 40 small-sized companies based on the number of people they employ in Kentucky.

The ranking was based on an employer inventory of practices and an anonymous survey of employees, who were asked to agree or disagree with dozens of statements about the firm, teamwork and their individual experience at the firm. For 12 consecutive years, Edward Jones has ranked in the top five Best Places to Work in Kentucky.

Edward Jones has over 182 branch offices all over Kentucky. The firm is growing, adding branches and seeking new financial advisors who are interested in operating an entrepreneurial office with the support and benefits of one of the oldest and largest firms in the industry.

Since its introduction in 2000, this competition has become one of the most respected and influential spirits competitions in the world. The 2017 competition was the largest in its history with 2,100 entries. The 43 judges are spirits industry experts.

Our Blue Heron Vodka, which now boasts three gold medals, features unfiltered smoothness resulting from a multiple distillation process and sweet triple-grain mash bill of corn, wheat and malted barley. After distillation, we add limestone-filtered spring water to bring the proof from 190 to 80.

Our Harvest Rum offers a unique sweetness and smoothness from the Kentucky grown and harvested sorghum molasses. After years of aging in fresh emptied Bourbon barrels, we offer this rum at 90 proof.

In addition to these award-winning products, Wilderness Trail Distillery will have a limited 2017 release of a Bottled in Bond Kentucky Straight Bourbon Whiskey with a flavor worth the wait. Early 2018 marks the limited release of Settlers Select, a single barrel Kentucky Straight Rye Whiskey. Wilderness Trail Distillery intends to age its whiskey stock to 6- to 8-years-old before regular releases will be available.

We are particularly proud that our spirits are Kentucky Proud. The corn and wheat for the vodka and Bourbon are sourced 3 miles from the rolling Bluegrass hills of our 35-acre campus outside Danville. The sorghum molasses for the rum is produced in Mount Sterling, KY.

Wilderness Trail Distillery is a family owned and operated distillery located in Danville, KY, a member of the Kentucky Bourbon Trail Craft Tour and 100 percent Kentucky Proud.  The multiple award winning distillery was Manufacturer of the Year in 2016, Kentucky Rum Distillery of the year in 2015 and embarked on a journey to make the best spirits in the world after years of providing other distilleries with support through Ferm Solutions, a leading bioscience company providing innovative products and technical services.

For more information, contact Emily Toadvine at emily@wildernesstrailky.com or phone 859-402-8707.