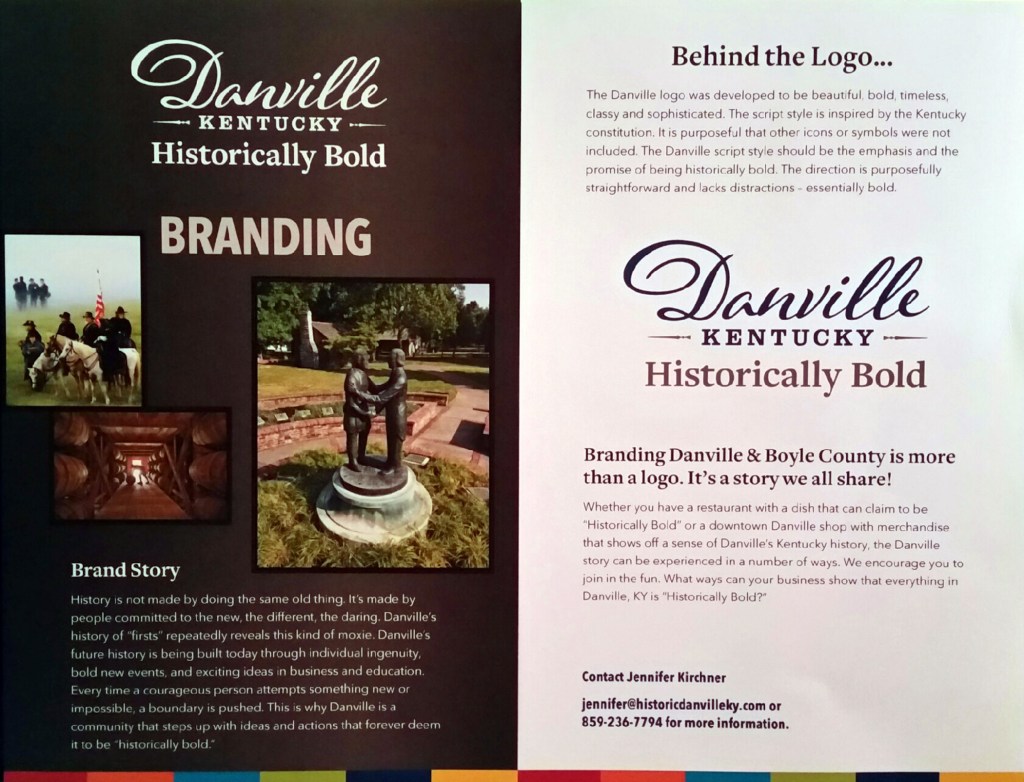 Images courtesy of the Convention and Visitors Bureau Danville, Kentucky: Historically Bold, is the new brand of Danville, after a two-year process working with Chandlerthinks. The brand will begin rolling out over the next year and is meant to encourage everyone to tell their story of how they made history in Danville.

Historically Bold — that’s the new branding plan rolling out to represent Danville, Boyle County and Perryville, along with their Main Street programs and other agencies, after working for more than two years with Chandlerthinks on the project.

“This is incredibly personal to you,” said Steve Chandler, of Chandlerthinks. “I’m excited about it. This is your story — you told it to us.”

Chandler spoke to a group of individuals from the community, presenting the brand along with how it came to be. Chandler said it was through interviews with focus groups in and out of Danville, surveys and the digital footprint online that they were able to arrive at some “grand truths,” such as Centre College being important to residents and that history and its preservation are important factors to residents and visitors alike.

One of those truths, he said, speaks to the city’s beginning which is intertwined in the commonwealth’s beginning.

“The story of Danville starts with Kentucky and the story of Kentucky starts with Danville,” Chandler said. “I think it’s a great way to start the story. If you love Kentucky, you’re going to love Danville, right?”

He said the idea was to help people realize that not only has history been made in Danville, but that they can make their own history here, with their businesses, families and lives.

The “brand platform” for Danville offers a target audience, or people that love small town warmth and cultural growth; the landscape, being Danville is the best city in the commonwealth; a promise that the city is central to Kentucky’s education and heritage; and a benefit, that being here can make one feel connected to bold ideas and inspired to make history.

Chandler challenged those in the audience to use the platform as a guide for making decisions that affect the city and county as well.

“Are we being bold? Or are we being too passive? … A lot of the communities use their platform to make decision. If you do that, you’re creating a brand from the inside out,” he said.

He said that the branding plan has to start with a story — everyone has to find a way to tell their story and that’s how the brand will be spread.

“It’s bigger than a tagline. It’s a theme. ‘Historically bold’ — it’s so much bigger than the logo,” Chandler said.

In the logo, Danville is written in script, which was inspired by the constitution of the state, he said. While they looked to match the script exactly, Chandler said that didn’t work as well as they’d hoped, so they altered the plan.

“We wanted to be inspired by, but not dated by it,” he said.

They kept it simple — to “let the name live.”

For Perryville, instead of “Historically Bold,” the tag is “Kentucky’s most historic battle site.” They avoided the phrase “field,” he said, because that’s misleading as the whole city, the battlefield, and the area around became a battle site.

“Perryville is its own city and needs to be treated that way,” he said.

Chandler made a suggestion for the Economic Development Partnership to consider using the phrase “Develop Danville” in their marketing. He said it clearly states what the organization was intended to do. He also said it was important to pay attention to the little things.

The future of the plan, he said, is now up to the city and county officials.

He charged the organizations with finding their own ways to tell the story, because “everything can tell a story differently.”

Giving people that opportunity to make the story their own will create inside-out branding. Chandler suggested restaurants can make special plates that are bold, each adding to the story in their own unique ways; one of many ways to make the “bold” concept weave throughout the community. 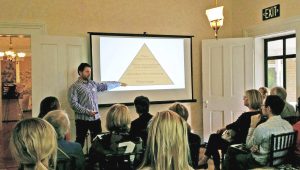 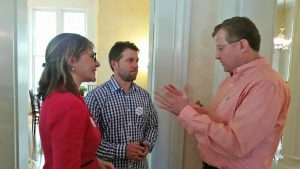 Courtesy of the Convention and Visitors Bureau
One of the new ads being rolled out under the branding concept, “Danville, Kentucky: Historically Bold.” This ad has already been featured in Site Selection, a magazine for industries selecting their locations.