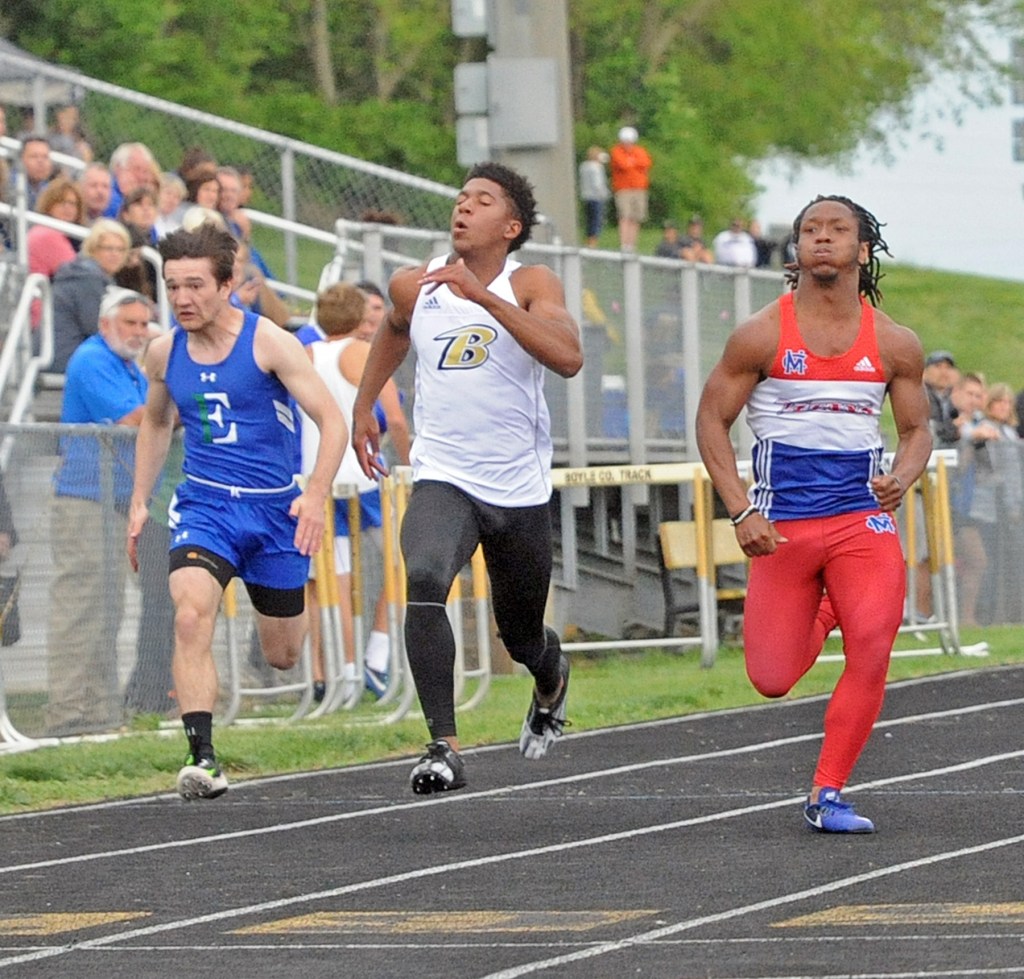 Both Terry Yeast and Chris Verhoven have their goals, and then they have their realistic expectations heading into Saturday’s region track and field meets.

“Any good coach has the goal to win every event and win the team title,” Verhoven said. “While that is always our hope, it may not be realistic to believe that can happen. However, I do see both the Danville girls and boys having an excellent day on Saturday. I think both teams have a legitimate chance of winning regional titles. We have very strong competition, but we have to be considered among the favorites.

“You never know what is going to happen. We always need our best effort and a little bit of luck, but I’m feeling confident, as are my kids.”

Yeast’s boys team begins its run to defend its 2A state title, and he echoed Verhoven’s statement.

“My goal is always to bring home the titles,” he said. “However, I am very realistic that my ladies will have their hands full against Boyle and Rockcastle County. However, we have had a great year and am very excited with the opportunity to finish in the top two this weekend. I look forward to the girls bringing home several individual championships.

“As for the boys, our depth gives us a great chance to repeat at region champs. The boys have the ability to win half the events on Saturday. I do feel that our region is very competitive so anything can happen.”

While the Ads will contend with defending 1A boys champion Lexington Christian in their meet, Yeast said the host Rebels give him the most pause in the race for the boys title.

“Boyle makes me nervous,” Yeast said. “Their young team has done an awesome job this season and I am sure they will be more than ready to battle with us.”

Both teams are heading into this weekend on good notes. The Mercer boys team ran away with the Central Kentucky Conference championship at last Friday’s meet while the Titans girls finished third.

The Danville boys finished sixth and the girls finish eighth, but there were nine top-5 individual finishes between the two teams. Don Harris won the discus and finished second in the shot put, and Jeremiah Wheat finished fifth in both the 100- and 200-meter races.

“The goal is always to peak at the right time of year,” Verhoven said. “Most of our athletes have done that and have been fortunate enough to be healthy and ready to leave their mark.

“I think it is very important to be hitting your stride this time of year. You can’t afford to move backwards. Hopefully getting to compete against schools our size and knowing that a state berth is on the line will motivate our guys to be their best. Competitors like to compete and knowing your season is over if you don’t give it your all would be enough to expect their best. I look forward to the challenge, and my teams are confident they will rise to it.”