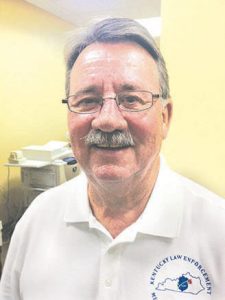 “I would put us up with anybody, as far as per capita,” Wilder said. He said there are some who would be more equipped in the more populous areas, perhaps, but “I just feel really good about whatever we have to do. I think we could deal with it as well as anybody.”

The Robert Wood Johnson Foundation released the 2017 assessment of health security and preparedness for each state and for the nation overall. Kentucky has an overall score of 6.7 out of 10, while the national average is 6.8.

According to a press release from the foundation, the nation’s overall preparedness improved from the 2016 assessment, but “significant inequities in preparedness exist across the nation.”

Vermont scored the highest at 7.8, while Alaska scored the lowest with 5.9.

“Generally, states in the deep south and mountain west regions — many of which face elevated risks of disasters and contain disproportionate numbers of low-income residents — lag behind northeast and Pacific coast states,” the release states

More than 130 measures are analyzed to rank states and data is collected from more than 50 sources. The measures are placed in six categories:

• Incident and Information management: The ability to mobilize and manage resources during a health incident. National average was 8.2; Kentucky 2017 average is 8.4; Kentucky 2013 average was 7.7.

While he wasn’t familiar with the Robert Wood Johnson Foundation, Wilder said the county’s emergency operations plan is evaluated yearly and the hazard mitigation plan is updated every five years. The plans deal with how prepared the county, Danville, Perryville and Junction City are for emergencies and what types of hazards they could face. Both plans are reviewed at the state and federal levels so that the county can qualify for funding.

“When you deal with federal government or state government, to meet their criteria to be funded, to get grants from them, you have to meet all of that criteria. You either do it or you don’t do it,” he said. “If they didn’t approve it, they wouldn’t fund it. They do it pretty in-depth — it’s not something they just glance at.”

“It’s a constant task to keep it updated.”

The hazards don’t change a lot, he said, but there are some changes. How to deal with those hazards does change.

“Kentucky Emergency Management and FEMA both — they’re all the time coming out with new ways to deal with a particular incident,” Wilder said.

That’s why trainings are important, he said. Any time he gets notification about a rail car training, for example, Wilder said he tries to go.

He believes the county and cities are constantly improving in how to respond to emergencies.

“I don’t feel that some counties are nearly as prepared as we are. You give me some scenario and I just think we can mitigate it pretty quick. I think we can deal with it as well as most,” Wilder said.

“The thing that makes us so unique, too, is, we have a unified system … We’re all on the same page. We use the incident command system and we use that whether its in the cities or county,” Wilder said. He said this is something that wasn’t in place about four years ago, when he first started, and is still a problem in other counties. “A lot of places try to do that, have a city EM program and a county EM program and it just doesn’t work.”

For starters, he said, the state only funds one program. It also causes confusion for responders, knowing who is in charge and which system to follow.

“(We have) a good system,” he said. “Knowing personnel, knowing people, knowing who does what. I know what their role is, I want them to know what my role is. That was the trouble in the beginning, people maybe didn’t know what their role was in the event of an incident. I think we got all of that cleared up.”

The resources the cities and county have are important, too, he said.

“The thing we’ve got that so many counties don’t have is resources,” Wilder said. “Go to our (fire) departments — the training, the equipment. Not everybody has that. That says a lot for our city and county leaders — the fire protection board, commissioners, magistrates, judge, city manager, those kinds of people.”