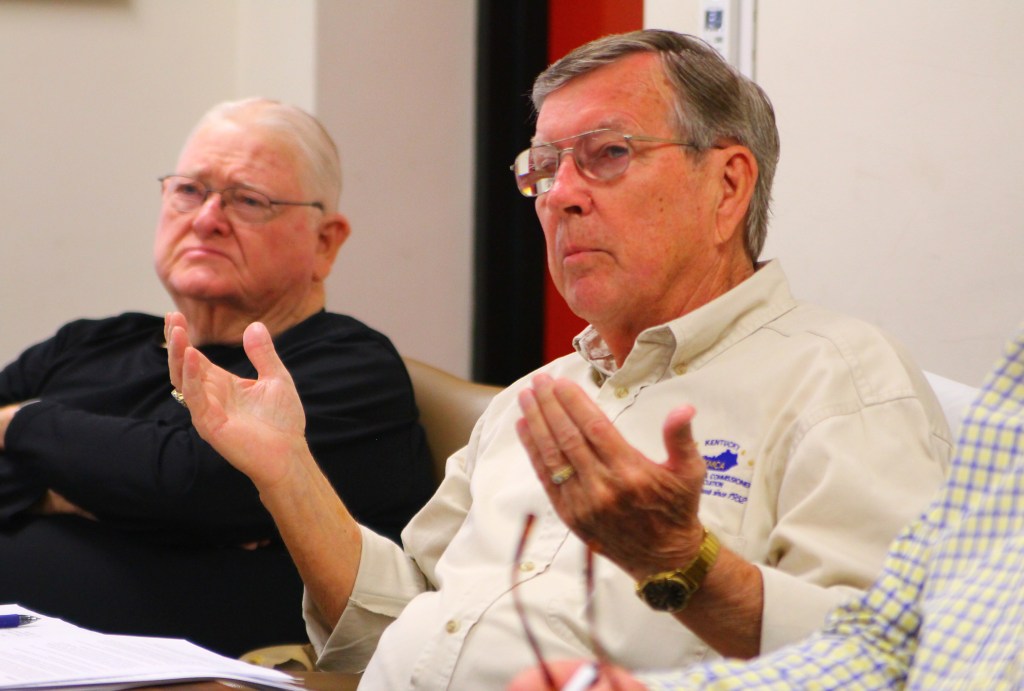 That represents an approximate 11.45-percent increase in expenses over the expected costs this year, according to data from Boyle County Treasurer Mary Conley. The proposed 2017-18 budget is $271,480.

An estimated $6,000 of the new cost stems from higher electricity bills being paid for the Humane Society’s new animal shelter. Conley said she bumped that budget line from $24,000 to $30,000 for the coming fiscal year.

Animal Control Director Dan Turcea said the month-to-month comparison in electricity bills from before the new building to now is sometimes surprising. Last January, the electricity bill was $1,600. This January, it was $3,200, he said.

“That’s not completely comparing apples to apples,” he noted. “Because we don’t have to pay for the old building anymore.”

The old animal shelter building was torn down in February, making March the first month when the new building was the only building using electricity for the entire month, Turcea said. This March, the bill was $2,700; last March it was $1,900.

The nearly-5,000-square-foot Katherine E. Nelsen Adoption Center was built using about $600,000 fundraised by the shelter’s board, volunteers and the community. It opened in early January, providing a more inviting pet adoption area, upgraded kennel spaces, a treatment room, a wash room and more.

Magistrate Phil Sammons questioned why the new building was costing so much more.

“Are you keeping the dogs cool and the dogs warm at all times?” Sammons asked. “Do they have to be at that temperature?”

“The building is much bigger and it also is air-conditioned,” Turcea said. “The previous building was not air conditioned.”

“But you haven’t used the air conditioner yet,” Magistrate Jack Hendricks said. “When we start using that, it could double again — sounds like.”

“Let me go about this delicately here,” Turcea said. “That is a point of contention between myself and maybe some of the people at the Humane Society. Dogs love it when it’s cool. Your dog at home, when it’s a frosty morning — they just love it. They don’t need to be 76 degrees, they don’t need to be. So, for example, maybe I come in Sunday morning and somebody turned the heat back on.”

Magistrates suggested a locking thermostat could be used to prevent changes in the temperature.

“You should put it on one degree and leave it,” Sammons said. “Don’t have anybody — you should be the one that takes care of it and nobody else.”

Turcea said something else that was contributing to the increased bills was a loss of heat through dog doors, which were being left open so the dogs could come and go between their kennels inside and their runs outside.

“(On) cold days, we’re just going to have leave the dogs inside,” he said. “And we’re going to have to work harder … it makes a mess but —”

Sammons asked about allegations he has heard that a “builder” on the animal shelter project made “a lot of mistakes.” 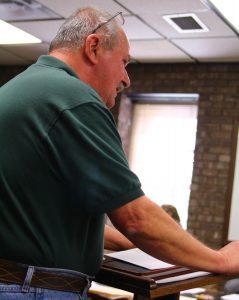 “That’s a touchy subject,” Turcea said. “… There were some concerns and without naming names of contractors and such … the Humane Society board spent some extra money to get an inspector out there to look. We’ve got an electrician to come in and do some things a little bit better. There are some questions about the quality of the materials that they used.”

Turcea said as an example, “about a dozen” baffles for fluorescent lighting have needed to be replaced in the few months the new building has been operational. But the expenses involved with fixing the building are not part of what the fiscal court pays for, he noted.

Turcea agreed to take the fiscal court’s concerns about the electric bill back to the Humane Society’s board of directors.

Also contributing to the increased Animal Control budget is $13,250 for the planned hiring of a new part-time janitorial employee; a 3-percent salary increase on Jan. 1, 2018; and increasing health insurance costs.