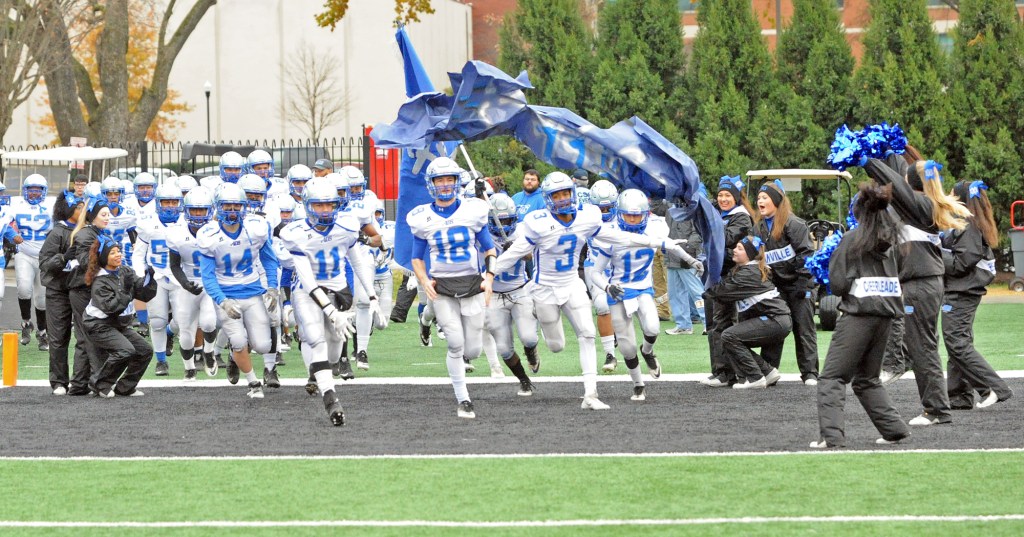 When the Danville Admirals run onto the field this season, the number of fans in the stands will be limited.

For the first time in over four decades, the KHSAA state football championships are heading back to Lexington.

And while there are some bittersweet feelings about leaving Houchens-LT Smith Stadium in Bowling Green, area coaches understand and are excited about the decision to relocate the finals to University of Kentucky’s Kroger Field.

Boyle County won two of its seven state championships in Bowling Green, in 2009 and ‘10, and Danville appeared in the Class 2A final last year, giving the area some rich history on Western Kentucky University’s home field.

Both Danville’s Clay Clevenger and Boyle’s Chuck Smith believe having the game in a more centrally located city like Lexington will only help the game.

“It does make a difference as far as travel,” Smith said. “When you think about the eastern Kentucky teams like Belfry and Johnson Central who have been there, that’s a long, long haul for a game. That comes off the table. They can make the trip in a day and still play the game. The idea behind it being at the University of Kentucky … makes it a lot better for more teams across the state.”

Mercer County coach David Buchanan sees the benefits of having the game at UK as a two-way street.

“Western did a great job with the finals, but I think having it at the flagship university and in Lexington is really good for high school football,” he said. “I also think it will really benefit Kentucky Wildcats football, having the best teams and players on their campus every year.”

“Something had to be done on that front because you don’t want to get most important week of the season and have everything up in the air schedule-wise,” Clevenger said. “Once Commonwealth got turf, I think it opened them up to be able to host. … The KHSAA will be able to set the schedule and just go with it without any interference.”

Casey County coach Steve Stonebreaker said the success of the Hilltoppers program has been great for the state, but that success also meant the move had to be made.

“I understand the move. It’s a difficult scheduling circumstance with WKU’s possibility of hosting the conference championship,” he said. “I do see it as best for the football finals to move to a site where the scheduling of the six games can be done well ahead of time and remain intact.”

For teams and fans from this area, one of the most obvious benefits will be a shorter drive. The Admirals had to leave Danville the day before their game against Christian Academy-Louisville this year, forcing them out of their own beds and into hotel rooms. Having the ability to leave and play the game in the same day makes a big difference in Clevenger’s opinion.

The biggest concern coaches expressed was the size of Kroger Field, which measures in at more than 67,000 seats. By contract, WKU’s home field is much smaller at 22,000.

“It might feel a little bit hollow,” Clevenger said. “I think Western gave a little more intimate feel that way.”

No coach felt the dimensions of the stadium would affect the player’s ability to execute, unlike basketball players who sometimes have trouble adjusting to shooting in a larger arena.

“The bigger thing is making the kids understand it’s a 100-yard field from goal line to goal line, 53 1/3 yards wide, and so even though it looks a lot bigger, it’s the same dimensions they play on week in and week out,” Clevenger said. “At that point, you can probably worry yourself to death on things you can’t control. The biggest thing is to go out and play the game and have fun with it.”

Smith coached at UK for eight seasons, so he might have better insight into the atmosphere and environment teams and fans will face when they play at Kroger Field. And if it’s anything like his experiences with Wildcats game days, it’ll be special.

“I love Lexington, I think it’s a great place to host the games,” Smith said.

“Lexington on a Saturday is rocking with the fans and atmosphere, and a lot of these young men have either been to a UK game or wanted to go to a UK game, now they get to play on the same field, I think that would be enticing for them and exciting.”

UK now adds football to the multiple high school state championships it hosts. While Kroger Field might not hold the same history as Rupp Arena, playing on the field at the biggest university in the state will definitely mean something to players and coaches at schools in the area.

“Obviously, it might not have the same symbolic feeling as playing in Rupp Arena for basketball, but UK is the flagship program within the state and the opportunity play at that field is going to mean a little bit more perhaps,” Clevenger said. “You’d like to think playing in the game in general means a lot, but the kids … they might be Western fans, but most people grow up with UK or Louisville, so it’ll be something that’ll be talked about after the fact.”