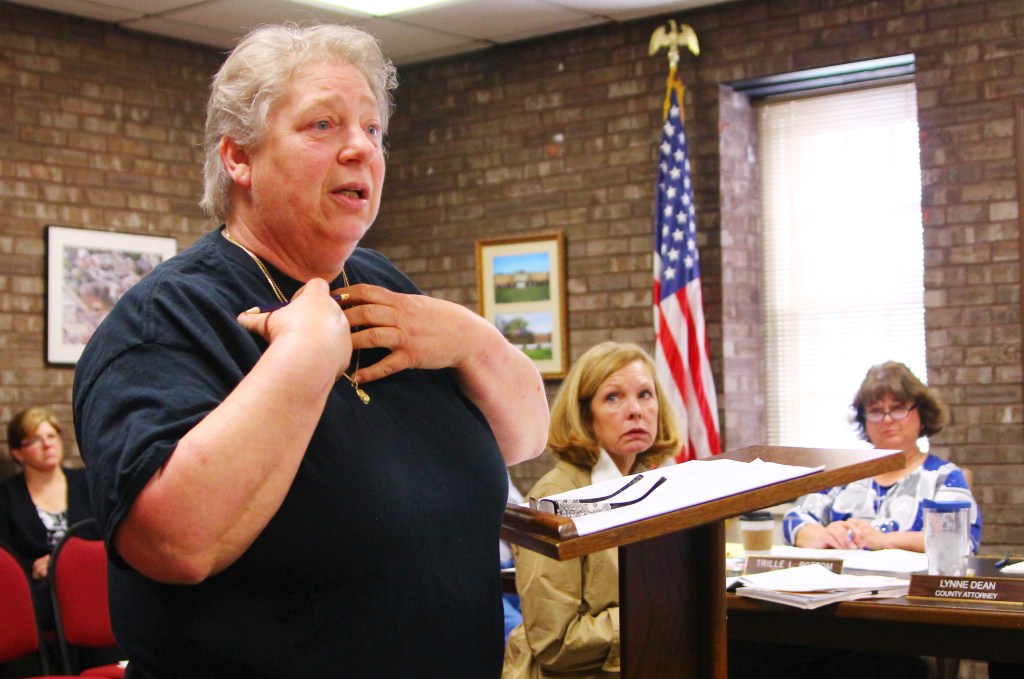 Boyle County’s solid waste and recycling net expenses would total nearly $1 million in the coming fiscal year under a proposed budget discussed by magistrates this week.

On the solid waste side of things, Conley said costs for disposing of the trash delivered to the county’s free convenience centers is the “driving force” for the increase in expenses. The line item for those costs is projected at $450,000 in the proposed budget, she said.

Boyle County Solid Waste Coordinator Donna Fechter said the low bill last month was due to convenience centers being closed on Saturdays while they were being worked on. As a result, “a lot of people were holding off,” she said.

Conley said the increase in cost is “not increased garbage, it’s just the cost of it changing.”

Fechter said there are ways the county attempts to control its waste disposal costs. It prohibits out-of-county people from using the convenience centers and doesn’t allow construction, demolition or commercial waste.

Boyle County Judge-Executive Harold McKinney said a recently opened waste disposal station run by M&M Sanitation is also helping. That station allows anyone to dispose of waste items for $60 per ton, with a minimum charge of $30, Fechter said. 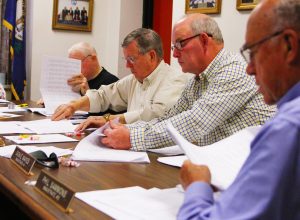 “I think we need to be a little more strict on what we accept (at the convenience centers),” Magistrate Phil Sammons said. “If you’ve got a large couch or you got a stove or something, we need to (make them) pay to get rid of it … think what that would save us.”

Fechter said bulky metal items like stoves are actually not a problem because Boyle County can sell those items for the metal.

“But big things,” she said, in general are a problem. “We must be the mattress and box spring capital of the world.”

“Well, we don’t need to accept them,” Sammons said. “They ought to pay for them.”

“This is something that I will bring to the Solid Waste Committee and bring it up,” Fechter said.

“I’ve been out there and the stuff is so bulky, it takes up the whole thing just to unload two or three mattresses,” Sammons said.

Fechter said a compactor of trash costs $450 to have hauled away and it can usually hold 10-15 tons of waste, meaning it costs no more than $45 per ton. Open-top containers for bulky items that cannot be compacted, however, can only hold 1-2 tons and cost $350 — “that’s $175 per ton,” she said.

Fechter said one of the best ways to limit expenses is through recycling. Boyle County pays nothing to have containers of recyclable materials hauled away, so every bit of recyclable trash that is recycled instead of thrown away helps limit the cost of solid waste for Boyle County taxpayers.

“Please recycle when you can. It is so important in reducing our waste stream and our tax dollars, I can’t even tell you,” Fechter said. “… If you are an avid recycler, you are helping us. Please help us.”

Magistrate Jack Hendricks said the county needs to think about what it can do to increase revenue to offset growing costs.

“If we’re going up $100,000 this year over what we’ve been, that’s another $100,000 coming out of our general fund,” Hendricks said. “At this point in time — I don’t have the numbers exactly right, probably — but we already increased our budget this year $750,000, including what we’re doing here, and we’ve got absolutely no new revenue coming in. What are going to do to offset another $100,000 in growth?”

Conley and McKinney said there are no untapped revenue streams available for solid waste — it essentially must remain an expense funded by the county.

“What we’ve got to remember is solid waste is a service. There just aren’t any revenue streams associated with it — there just are not,” McKinney said. “… If you can’t increase your revenue, you decrease your expenses and I think you’re going about it in the right way, Donna, to say, ‘you’ve got to recycle.’”

Grant could provide for Northpoint recycling

Fechter told magistrates about a grant she is hoping to get that would improve recycling for Northpoint Training Center.

“It’s an aggressive grant that I wrote and I’m keeping my fingers crossed,” she said.

The grant would pay for four 9,000-pound mobile compactors, three of which would be stationed at the federal prison facility for collecting recycling. The fourth would be used to switch out with those three, and it would also be used by Boyle County to more efficiently collect recycling from local businesses and industries.

“(Northpoint) wanted an aggressive recycling program, and I’ve been working with the deputy warden for the last two years,” she said. “We did almost a year and a half of work trying to see what they needed. … We went with this because we found out after a year and a half of collecting things and seeing how much we needed that in order to make it happen for them, this is what we needed. …

“I really hope that we get it and I’m really excited that we’ve been working with them.”

Magistrates voted unanimously to authorize McKinney to sign the agreement for the grant immediately if Boyle County is awarded the grant. The budget for the grant program is about $162,000, according to Conley’s budget documents.