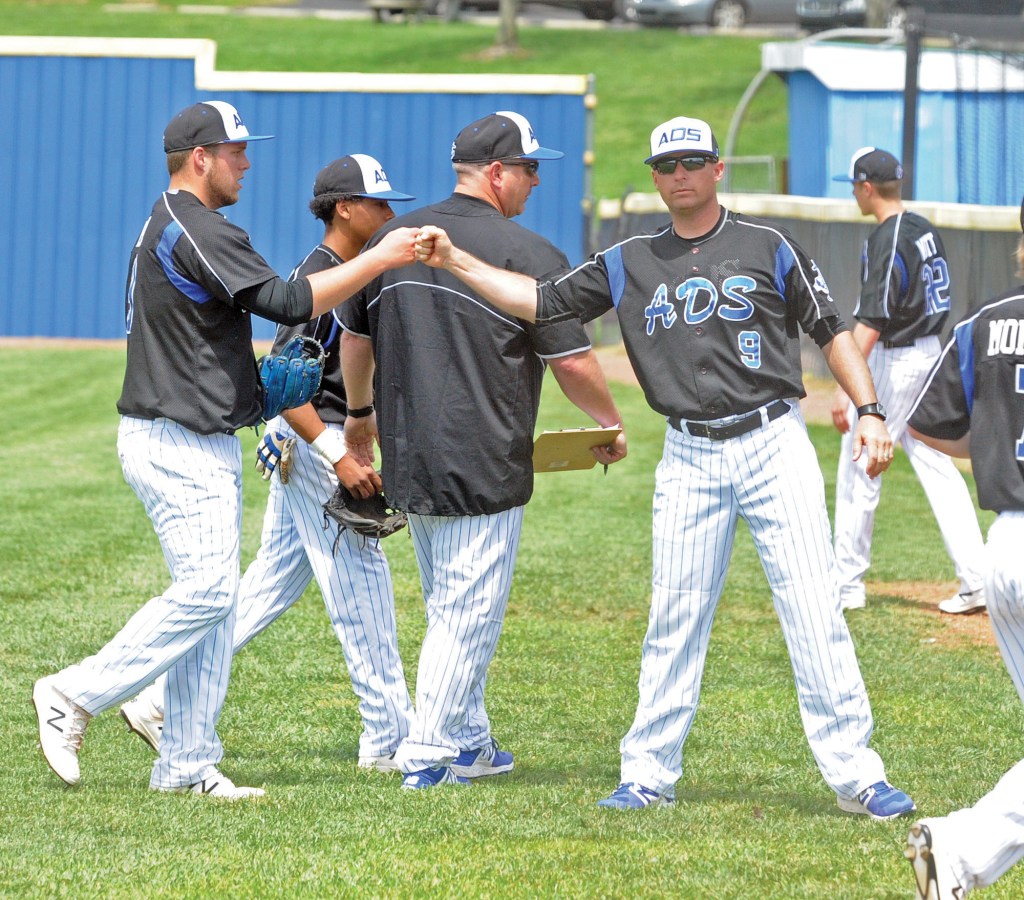 “It was special, having a lot of my family there,” Morse said. “My nephew (Brian Baxa) and son (Brady) being on the team, that makes it a little more special, too. My sister, Brian’s mom, and his dad, they’ve helped the program for several years, helping with the booster club, all the stuff behind the scenes. It all goes into making my job easier as a coach. Having them there, my mom was there, my dad was out of town so he missed it. My daughter and wife were there as well. Just having everyone there was special.”

Morse is in his 17th season as coach at Danville. He’s sitting at 23.5 wins per season, not counting the wins that the Admirals will accumulate during the rest of this year.

“Going into 400 wins in 17 years, to be able to do that is an accomplishment, but it really doesn’t have a whole lot to do with me as a coach,” Morse said. “It has to do with the really good players I’ve had in that time. I’ve had four or five All-Americans and 10 or 12 all-state guys. I don’t know how many high school All-Americans in Andrew Lasure, Rich Witten, Duran Elmore, those guys, Division I players. You’ve got to have those good players to put up wins.”

When you’re looking at KHSAA high school player record books, Witten’s name is the only one that pops up near Morse. He finished his high-school career in 1992 and still holds the state record for career home runs (65), pitching wins (55) and strikeouts (651). He’s tied for second in career RBIs (253) and third in season wins (15).

“I didn’t play baseball for Danville until my senior year, which is still something I regret, but he does command immediate respect because of what he was able to accomplish as a player and as a coach,” Mathis said. “I didn’t know much about him going into (my senior) season — and vice versa — but I knew that Danville was supposed to be good at baseball every year because they had really good players and a really good coach.”

Morse praised his assistant coaches as well, most of whom have spent more than 10 years around the team. He said Barry Arnold has been with the team for 15 years, Terry Pittman 14 years and Josh Loughery for eight years. Former assistant Jeff Selby retired recently but was with the team at least 12 years.

Now, former players like Elmore and Lasure are back helping with the team that helped them to Division I colleges.

“Then it’s just having assistant coaches making it easier on you, being able to run your program,” Morse said. “I’ve been blessed with having some really good ones, guys who are willing to give up a lot of their time from their families to help and work with the kids. It’s basically a year-round commitment for little to no money. … Now we’ve got former players coming back, that’s pretty special, too, having players come back who you gave lessons when they were little bitty, then played for you, went off to college, and came back because they want to see the program do well.”

Players returning isn’t a new trend, but Morse helped the trend at Danville because of his return, Mathis said. 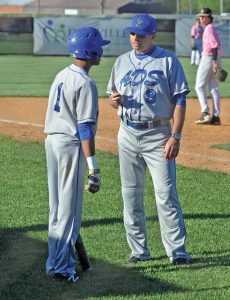 “The fact that he cared enough about Danville baseball to come back and coach at his alma mater after playing professionally showed how much he believed in the program and that he believed Danville baseball could sustain the same success it had when he played,” Mathis said. “Because his name is such a household name to high school baseball fans it instills a belief in his players. I think it gives his players complete faith that the guy who’s telling them what to do and how to play the game knows exactly what he’s talking about. It’s hard to not believe a guy who’s still all over the Kentucky high school record book.”

Those players who gave Morse that respect are who he said should take the credit for his milestone accomplishment.

“Those are the things that makes those 400 wins possible and special at the same time,” he said. “All of those sacrifices by those guys, former players, former and present coaches, current players. My name is associated with 400 wins, but there’s a lot of people behind those 400 wins to make it happen.”

Mathis said Morse’s coaching style has certainly helped him along the way.

“I think he’s demanding to a point but also expects different things from different players,” Mathis said. “Obviously not everyone is going to be a professional baseball player and he knows that but he expects you to give it your all to the best of your abilities. I think his serious side shows on the field during games.

“I’ll always remember one practice I was standing in right field shagging fly balls for batting practice with my hat on backward. Someone must have said something to him because coach Morse turned around on the pitcher’s mound, looked at me, grabbed his hat and motioned for me to turn mine around and wear it the right way. He wants you to take every aspect of the game seriously — from practice to BP to infield/outfield to the actual game.”

That care is what Mathis remembers the most from Morse as a coach.

“What a lot of people don’t know is how much he cares about getting his guys to play baseball at the next level if that’s what they want to do,” Mathis said. “I’ll never forget my senior year he met with all the seniors about where they were going to college, if they wanted to play baseball and letting them know he was going to help them out anyway he could to try and get them a spot on a college team.

“It just so happened that same year was when Asbury started their baseball team and I’ll never forget coach Morse looking at me and saying ‘Joe, if you’re interested in playing baseball I can talk to Asbury.’ Even though I was new to the team and, let’s be honest, probably wasn’t really good enough to play collegiately he made it a point to let me know he still wanted to help me out and that he cared about where I went just as much as the other, much more experienced guys who were going to bigger schools.”

All of those players are what Morse remembers the most.

“More than the games, it’s just the players that we’ve had,” he said. “I can think of one team specifically, I think it was the group that graduated in 2007. When they were in middle school, they won three games. By the time they were seniors, they had played in two regional championship games, won one, and their senior year, they were ranked in the top 10 their whole year. To see guys improve from one season to the next and really work to make themselves better, those are special times.”

Morse said there were several big games and big wins, but 400 encompasses them all — from non-district games in March to regional title wins.

Morse said one of the most memorable games was in 2006 against LCA, when DeAngelo Durham hit a grand slam after three straight bunts to start the game off of LCA pitcher Robbie Ross, who is now with the Boston Red Sox.

“There’s several big games and wins,” Morse said. “When you total them up, it really doesn’t matter who they’re against, they all add up the same.”

This year’s team has endured plenty of adversity, Morse said, but he’s been proud of the way his players have stepped up.

“This year’s team, it has been a really different team than we’ve ever coached as a coaching staff,” he said. “I don’t think I’ve ever had one season where we’ve had so many sicknesses, injuries, different things. You name it, we’ve had it this year, and multiple guys. It has been a crazy year. Any given day, we’re just expecting the next thing. But what I’ve been so pleased about with this team, when somebody’s out, it’s that next man up attitude. We’re finding different ways to win games.

“Every time out, depending on who’s out and who’s there, we figure out different ways to win games. Win it on the basepaths, play small ball, Ellison (Stanfield) or Brian hit some home runs for us. We’ve won games staying back for that two or three-run homer. Early in the year we were winning with our pitching, and now our hitting is going. We’re getting it back together. It has been a challenge and frustrating at times, but it’s rewarding, seeing the kids never give up. They’re finding ways to compete and have fun and have a shot to win games. From a coaching standpoint, that’s all we can ask for.”

Mathis said Morse’s coaching has impacted Danville, traditionally what most would consider a “football school,” and area baseball as a whole.

“I think now I notice just how big of an impact he’s had on area baseball as a whole,” Mathis said. “He isn’t just the Danville coach — he founded the Morse Mustangs summer ball team and he offers private lessons, so there are a lot of area players that have played for him either during summer ball or have taken lessons from him and many area players cite him as one of their main reasons for getting where they are. His influence on area baseball has a very wide reach, which has grown substantially in the 17 years he’s been head coach.”