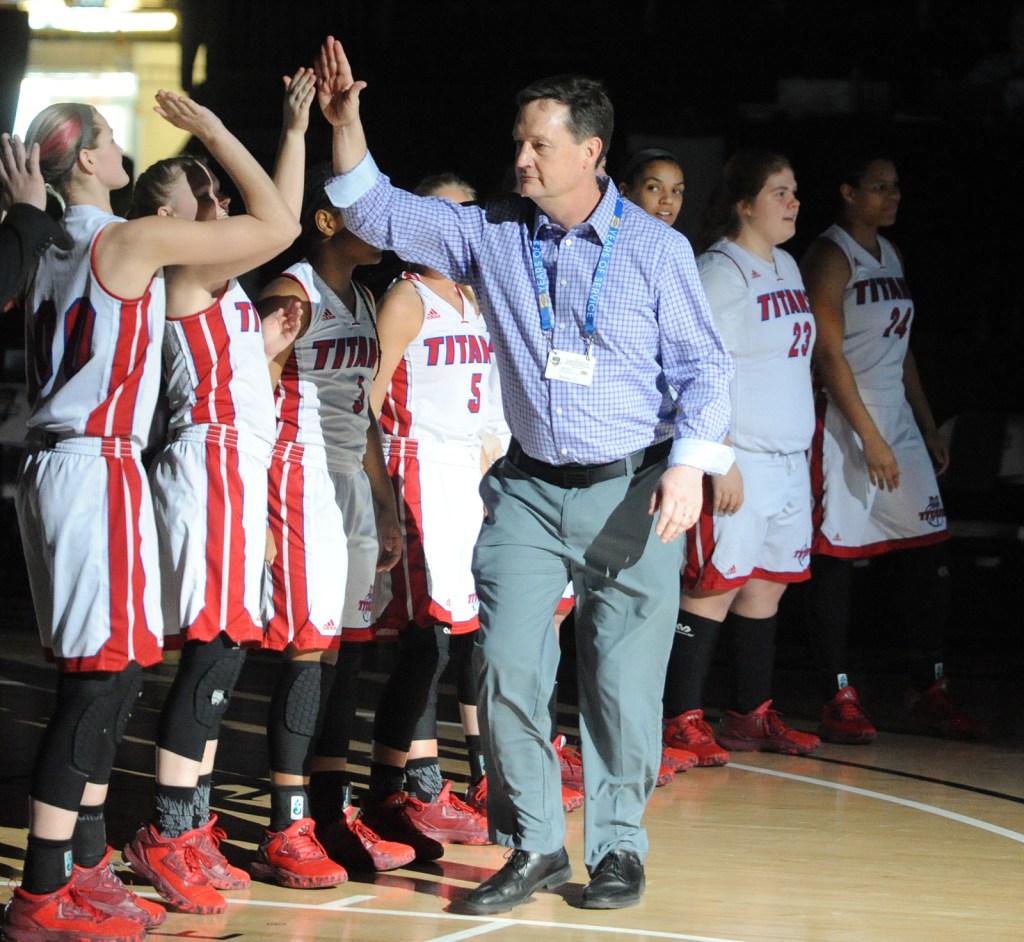 The KHSAA was busy shuffling the deck of some high profile state championship sites, and girls basketball teams across the state found out their sights will be set about two hours south starting in 2018.

The association announced Wednesday the girls basketball Sweet 16 will play move to Rupp Arena in Lexington for the 2019 and ‘20 seasons, following one more season at BB&T Arena in Highland Heights.

For Mercer County coach Chris Souder, the move doesn’t make much of a difference to him at the end of the day. The Titans won the 2017 state championship on Northern Kentucky University’s home court.

“As a coach, I really don’t care where it is played as long as I am in it,” he said in an e-mail. “I loved having it at (Western Kentucky), and obviously NKU has been a great spot for us. Rupp has a lot of tradition, but only on the boys side, so to me the book is still out on how this will work.”

While there is obvious draw for boys basketball teams to make it to the home court of the UK men’s team, Souder wasn’t so sure how much that means to girls teams.

“As a player growing up and playing in Kentucky, I would have loved to be able to play in Rupp Arena, and I got the next best thing getting to watch my son, Connor play in Rupp in 2016,” he said. “But I am not sure it means the same thing to the girls.

“I’m not sure that a lot of girls teams will feel the pressure of the tradition that building carries,” he added.

The games will be moving from BB&T, which has a seating capacity of 9,400, to the 23,500-seat Rupp. Souder anticipates the upper arena being curtained off, making it not “much different that NKU or WKU.”

“Anytime you’re in the Sweet 16, there will be some early jitters, but I don’t think the size of it would be the reason for the jitters,” he said.

Souder also said moving the games to the home of the UK women’s team, Memorial Hall, wouldn’t make any sense.

“If it’s in Lexington, I would want to play at Rupp,” he said. “To me, the seating is not good enough (at Memorial) with some bench seating and some chair backs, and the parking is awful there.”